TRENTON – New Jersey’s Assembly Minority Leader this afternoon looked favorably on next year’s political contests in two South Jersey legislative districts, saying the battlegrounds in LD1 and LD2 are as ripe as any in the state for potential GOP pickups.

Assemblyman Jon Bramnick (R-21) told PolitickerNJ that there’s “no question” Republicans will be gunning for Democrat-held seats in both districts, where talk over what is expected to be two of the more closely watched contests in 2015 election year politics is mounting.

“Since we have two seats down there, I’d say those are two very competitive districts,” Bramnick said, referring to Republican incumbents Sam Fiocchi (R-1) and Chris Brown (R-2) in LD1 and LD2. “There’s no doubt in my mind that we’re going to campaign and campaign seriously in those two districts. I don’t think there’s any doubt about that, and I don’t think I’m disclosing any secret formula.”

Both districts are currently split between Republicans and Democrats, with Fiocchi and Assemblyman Bob Andrzejczak (D-1) occupying seats in LD1 and Brown and Assemblyman Vince Mazzeo (D-2) occupying seats in LD2. Mazzeo and Andrzejczak are widely seen as two of the more vulnerable members of the Assembly’s Democratic caucus, and Republicans in South Jersey, including Cape May GOP chairman Mike Donohue, are looking to flip the seats and strengthen the GOP’s presence in South Jersey Democratic strongholds.

LD1 encompasses parts of Atlantic, Cape May and Cumberland counties, while LD2 encompasses the rest of Atlantic County, ground zero of Atlantic City’s ailing gaming industry — an issue Bramnick said will likely play a big factor in the competitiveness of next year’s races.

“When you think about it, those a very competitive districts, and could just as easily be a Republican district as they could Democrat,” Bramnick said.

But residual questions over how committed Republicans remain to picking up the seats persist after rumors of a deal of sorts between Gov. Chris Christie and South Jersey Democratic power broker George Norcross III broke last year. It was Brown, after winning re-election in November 2013, who stirred those rumors when he told radio listeners that the popular Republican governor and political boss had an understanding ahead of the election.

Brown said the incumbent governor, who himself sailed to re-election in that election year, did little to help raise money for South Jersey Republicans.

Bramnick — who is a close ally of potential presidential candidate Christie — said for his part that he “really knows of no deal.”

“Let me say this. Chris Christie’s already done fundraising for [Assembly Republican Victory PAC], and then I determine how money is spent and where,” Bramnick said. “But let me tell you this: nobody has been a better friend to me and my caucus than Chris Christie.”

So far, only one district of the two districts has an official Republican challenger — Atlantic County Freeholder and labor leader Will Pauls, who last week announced he will seek the Republican nomination in LD2. Donohue said Republicans have yet to select an official candidate for LD1.

“I really like them personally as humans beings, and to me, that’s really the main motivating factor in my life,” Bramnick said of Brown and Fiocchi. 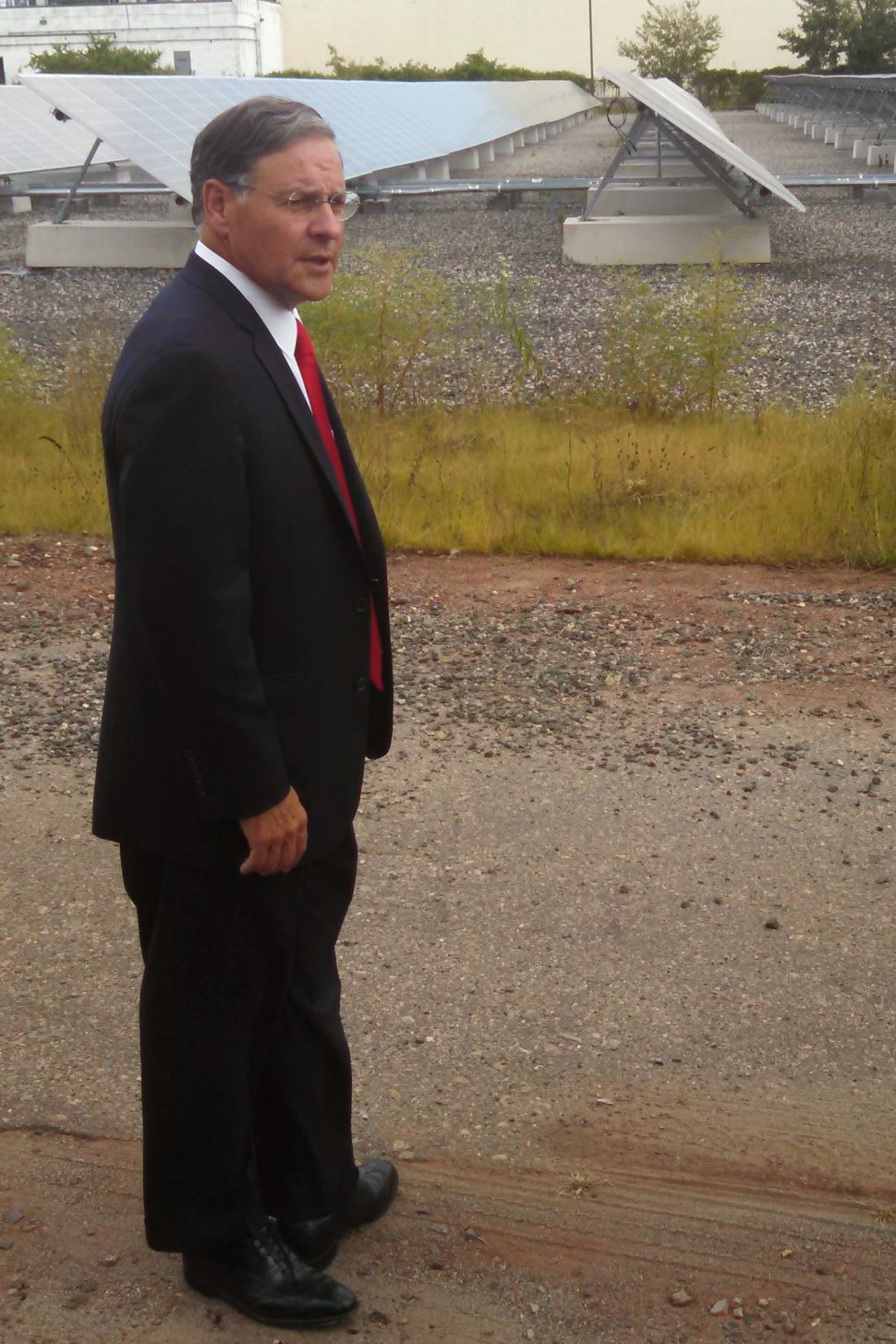