It looks like Amazon is definitely moving into 7 W. 34th St., but it’s still unclear whether they’ll be opening that rumored brick-and-mortar store.

Rumors surfaced back in October that Amazon was opening a physical retail store in NYC. The store, according to a detailed Wall Street Journal report, would be located at 7 W. 34th St., and open in time for the holiday season — perfect for buying your BFF that Fire Phone they definitely never wanted.

At the time, an Amazon spokesperson wouldn’t confirm whether the rumors were true or false, simply telling Betabeat, “We have made no announcements about a location in Manhattan.”

But news appeared late last week confirming the company is, in some way at least, moving into 7 W. 34th St. According to real estate company Vornado, Amazon has signed a 17-year lease on the midtown retail space.

Here’s the press release in full:

Still, Amazon isn’t saying whether the space will be used as a retail store, as rumors have suggested.

A company spokesperson told the Huffington Post, “We have leased this building primarily as corporate office space and we intend to sublease to other tenants the ground floor retail space.” At least NYC publishers would probably be happier with that.

Betabeat reached out to Amazon asking if they could provide any additional information about how they’re going to use their newly-leased space. We will update this post if and when we learn more. 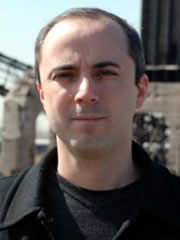