When Grazia released the names of the models who will be walking in this year’s Victoria’s Secret Fashion Show, two names were notably absent: Kendall Jenner and Cara Delevingne.

Most fashion fans expected Ms. Jenner to be a shoo-in, with many speculating that a spot in this year’s VS show would have cemented her status as a bona fide supermodel. And Ms. Delevingne was expected to participate simply because she already has, twice before, having lent the show some serious fashion cred.

As it turns out, the ladies (and apparent besties — they dressed up as Mario and Luigi together on Halloween) are skipping out because they’ve both been chosen for Karl Lagerfeld’s Métiers d’Art presentation at the Hotel Schloss Leopoldskron in Salzburg, Austria, on Dec. 2, the New York Post reports.

So does this mean the Victoria’s Secret show, which has always skewed mass market compared to other fashion shows, is officially losing its fashion cred?

Not necessarily. It’s more likely that Ms. Jenner, new as she is to the fashion industry, didn’t want to upset Unkle Karl by refusing to be in his show — and couldn’t resist the power move that came from eschewing VS, assuming the opportunity was presented to her.

Ms. Delevingne, on the other hand, has a secure enough place in the fashion hierarchy to pick and choose what she wants to do. It makes sense that she’d choose the more haute option of the two. The Victoria’s Secret Fashion Show was never quite on-brand for her anyway

And while it’s a shame we won’t see Ms. Jenner earn her wings this year, look at it this way: at least we won’t be subjected to an endless stream of Kardashian-Jenner selfies in celebration. 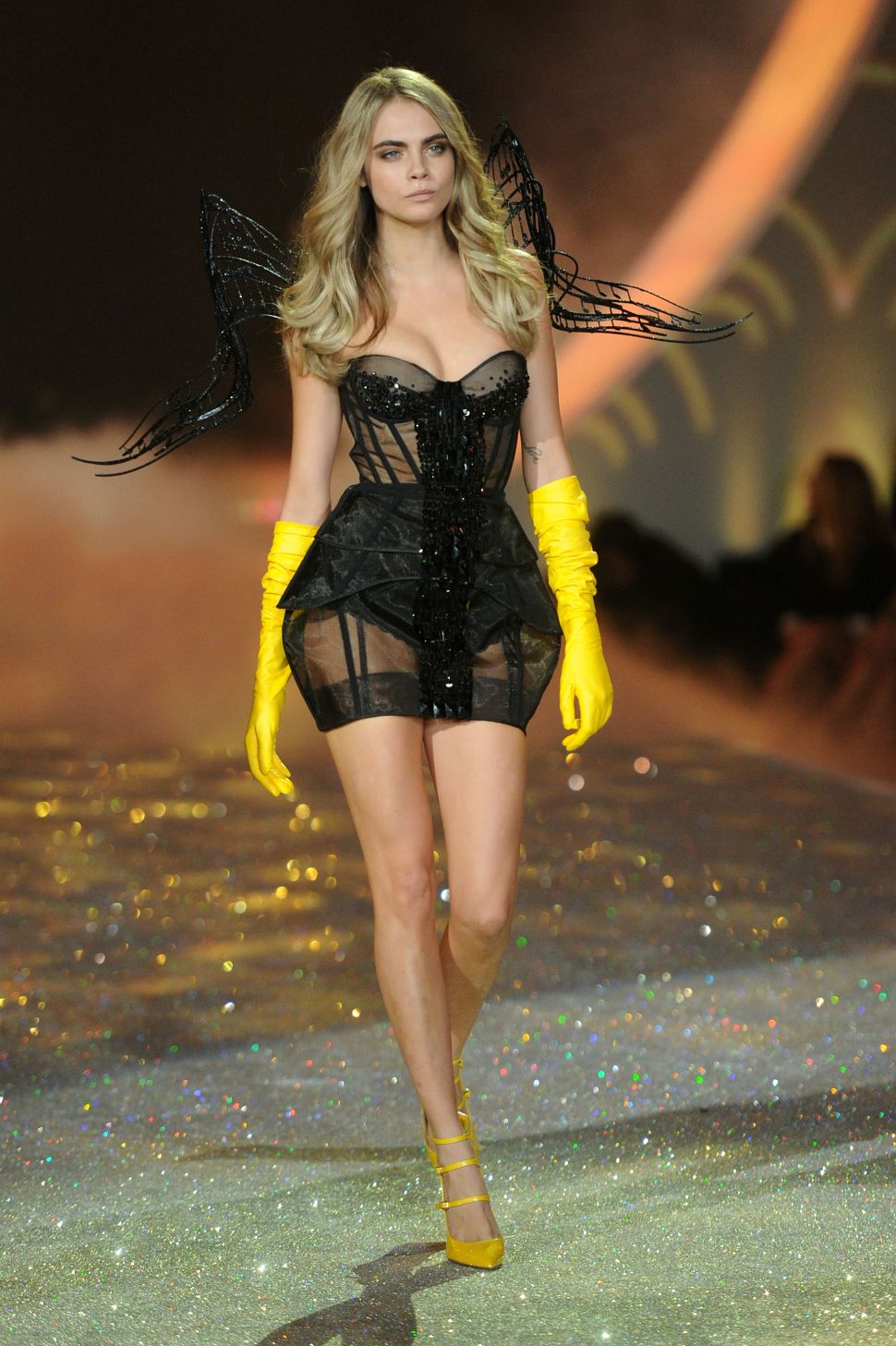