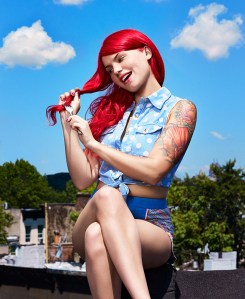 Performing standup in New York City isn’t easy. Just ask Carly Aquilino, star of Girl Code. In fact, I did just that in a conversation leading up to the New York Comedy Festival. To be specific, I asked her worst New York standup memory.

“A girl threw up when I was on stage once, and I was like ‘Oh God, you’re in the front row. Of course you are,'” she replied.

“Don’t worry, she left,” Ms. Aquilino said. “She was sitting there heckling everybody that went up, and I was trying to talk to her, and she just threw up on the table and they moved her out of the club. It was the most distracting heckler in the entire world. Seriously. She threw up and then THEY had to come clean it up. It was so gross.”

Ms. Aquilino hopes for more laugher and 100% less vomit when she takes the stage tonight with fellow Girl Code personality Jessimae Peluso at the NYU Skirball Center. A New York native herself, the comedian feels the Big Apple experience — throw-up and all — has well-prepared her for a comfortable life on stage.

“I’ve been to a bunch of other cities and there’s nothing like New York City or New York standup,” she said. “Even if you’re in a basement somewhere doing standup in front of 20, 30 theres a different feeling to it. And that just means there’s  so many more opportunities.”

The New York Comedy Festival is far flung from a basement show in front of 20 people. Ms. Aquilino’s name is on the advertisements next to giants like Amy Schumer, Tig Notaro, Bill Maher, and Bill Cosby.

“It’ honestly really crazy. Unbelievable. I remember because I got a Google alert on my email, when the website was first put up and my name was on it, I saw that,” she tells me before laughing, and finally admitting, “I still have a screenshot of it on my phone.”

As for what audiences can expect from the duo tonight, or any night Ms. Aquilino gets a microphone in her hands, they can look forward to nothing but honesty.

“I think its stupid that people censor themselves and are like, ashamed of anything they’ve ever done,” Ms. Aquilino said. “It’s like, if you wanted to do it at one point, you did it. Why don’t you tell people about it? Who cares?”

To put her honesty — and by extension her New Yorker status — to the test, I quizzed the brightly-haired comedian on a number of topics. To say the least, she passed.

Favorite New York date spot: “I’m kind of a psycho and I really just love fast food. So I go to McDonalds, get me McDonalds and pretty much, I’ll sleep with you. That’s what my boyfriend does, if I’m ever in a bad mood he just goes and gets me McDOnalds and chocolate and I’m just like ‘thanks, you’re awesome.'”

On online dating: “I think Tinder is the meanest thing in the world. You’re just kind of judging them on their face. Like I either love your face or I hate your face, and if I love your face I can talk to you. Like that’s so mean!”

Favorite New York sports team: “Here’s the thing…I don’t know. I guess I’m going to say the Yankees? Because that’s the only team I’m sure is from New York. Everyone else, whoever’s playing I just go by whoever’s jerseys I think are the cutest, then I’m like ‘I like that team for today.’ And that’s how it works for me.” 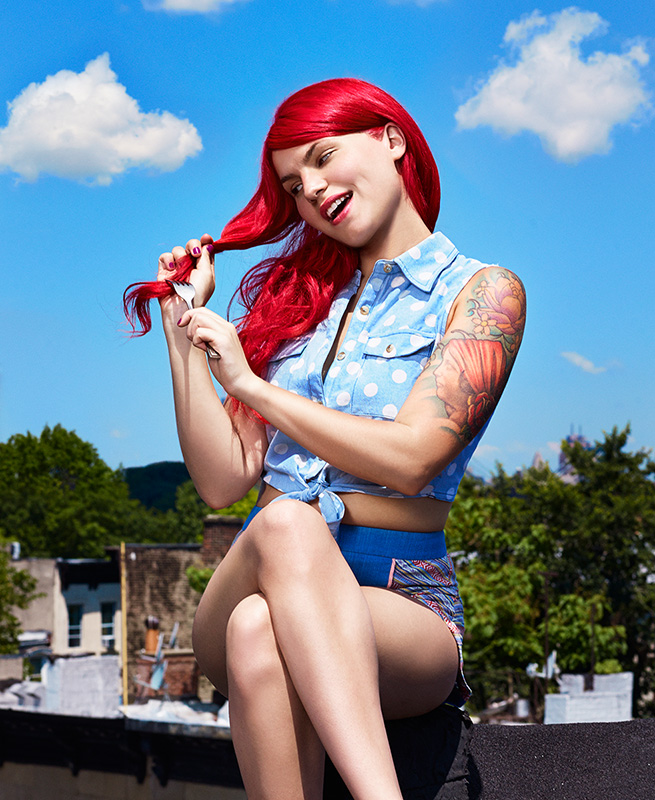