EDGEWATER PARK – Her two young sons trailing behind her, Democratic hopeful Aimee Belgard popped into the voting booth at the Magowan School here this morning to cast her vote in today’s general election.

“I’m really excited about it,” she told reporters upon emerging from the red curtain. “It’s been quite a journey, I’ve had such a great opportunity to meet so many wonderful folks throughout the third district, and we’re here at the culmination.”

A Burlington County Freeholder, Belgard is up against Republican businessman Tom MacArthur in South Jersey’s third congressional district. Their race over the last several months has been a contentious one, perhaps one of the most contentious in the state, with polls showing the two candidates neck-and-neck throughout much of it and both candidates receiving attention from national organizations like the Democratic Congressional Campaign Committee.

Notably, that attention helped fuel pointed attacks and controversies between the camps.

Belgard said she tried hard throughout the contest to “put her blinders on to the nonsense” and focus on the people of the third district.

“It’s about working for the people, and as long as I stayed focused on that, that’s really what got me to this point,” she said.

She was joined at the polls this morning by her sons, Tommy and Liam, and her husband, Bill. If successful, Belgard would be the first woman elected to Congress in New Jersey since 2003.

She said it would be a “historic win.”

“It’s just such an exciting day to be here with my family and cast my vote,” she said.

The outcome of today’s contest will like come down to turnout in Burlington County’s half of the district versus Ocean County’s more conservative half. On paper, Democrats trump Republicans in the district 122,781  to 114,729 — though it also boasts a large population of  214,881 independent voters, who have a nearly exhaustive history of leaning Republican. 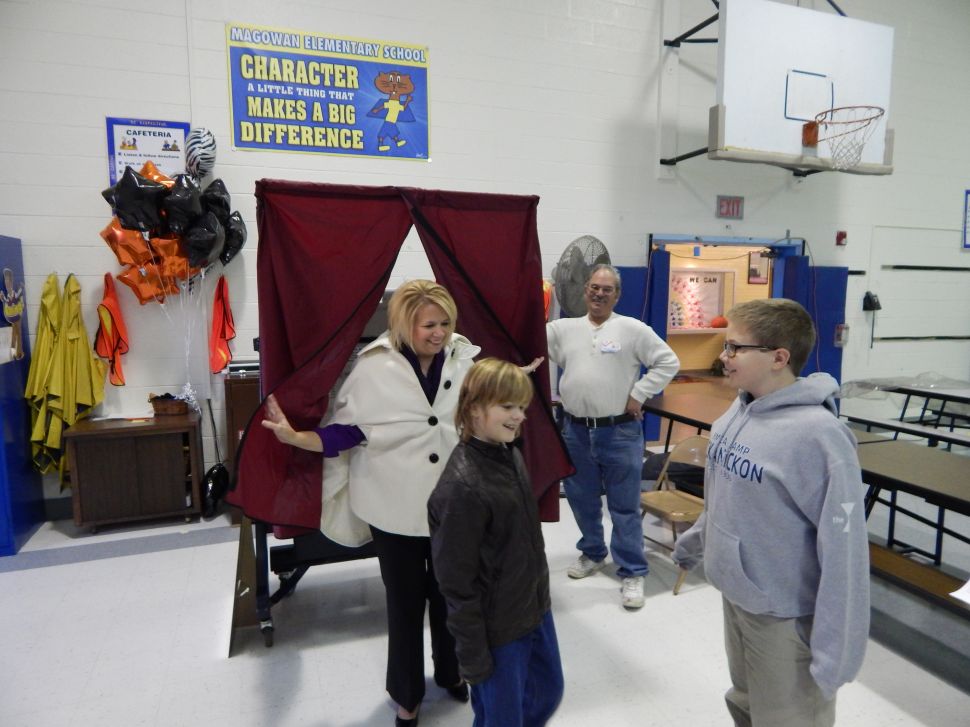