For New Yorkers who prefer to avoid tourist hordes when hitting the ice, Lasker Rink by the Harlem Meer has long been a favorite. Less idyllic than Wollman, its counterpart on the Southern edge of Central Park, Lasker has the relaxed vibe feels of a neighborhood rink rather than a setpiece for vacationing families and boyfriends poised to pop the question. (It’s also considerably less expensive.) At Lasker, one might twirl in the center of the ice (its off-limits-ness in Wollman remains a mystery), skate backwards and glide to something other than an endless loop of holiday hits.

Which is all the more reason why its potential closure for the entire season seemed so tragic, not least of all for the New York Ice Cats, a nonprofit hockey club that practices at the rink. But the Parks Department announced today that the repairs to the rink’s refrigeration system (a complicated problem involving leaking valves) have been completed ahead of schedule. The rink will open tomorrow, on Thanksgiving Day.

Last week, the Parks Department sounded an optimistic note regarding the rink’s repair, telling the Times that it expected to start making ice over the weekend.

“The Lasker Rink provides a vital link between Central Park and the surrounding communities,” Doug Blonsky, President and CEO of Central Park Conservancy said in a statement.  “We’re thrilled the Parks Department was able to fix this problem so quickly and salvage the winter skating season for so many people.”

All hockey games, practices and skating lessons are slated to resume on Monday, December 1, after the holiday weekend.

Ice skating rinks are one of the few draws to the city’s parks during the winter, which are otherwise largely populated by the spandex-clad set and dog walkers, with the exception of children on snowy days. The Parks Department has opened a number of new rinks in recent years, including Lakeside in Prospect Park and a rink in the Bronx’s Van Cortlandt Park. Alas, the latter will not open this winter as its operator, after losing $600,000 during its first two seasons, decided not to hazard a third. The parks department and community board eventually declined to pursue a new operator, saying the rink’s location had too little foot traffic.

The Van Cortlandt park rink illustrates some of the difficulties with using for-profit private operators to run the rinks, unlike the pools, which are run by the Parks Department. With a variety of private operators, the prices at Parks Department rinks can also vary widely, from free at the corporate-sponsored Bryant Park to $18 for adults on weekends and holiday weeks at Wollman. The Trump Organization operates both Lasker and Wollman rinks. 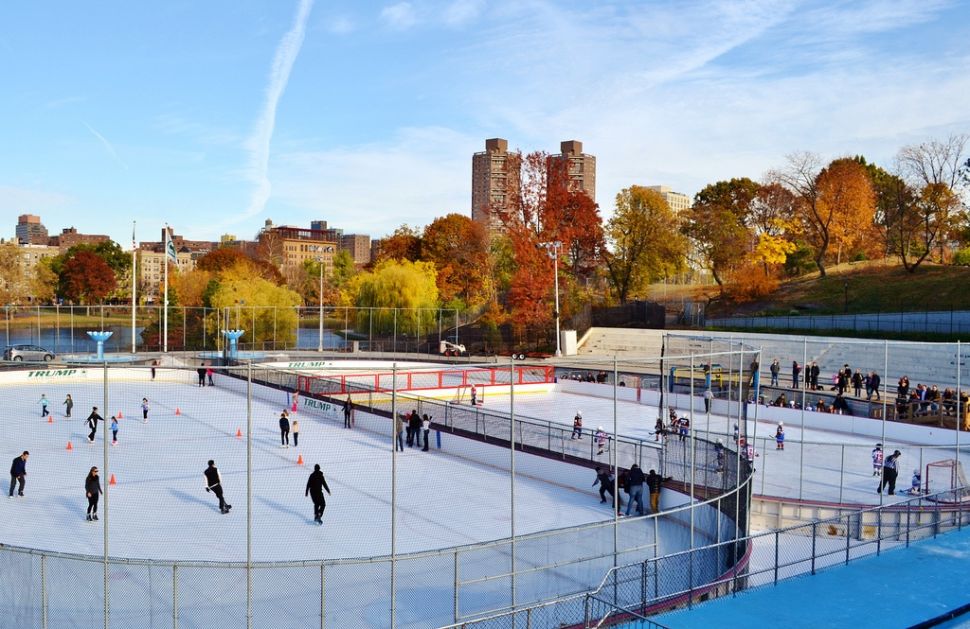