The City Council overwhelmingly approved a large housing development in Queens today, rubberstamping the first major land use project to be conceived and approved in the de Blasio era.

The development, known as Astoria Cove, is viewed as a coup by the de Blasio administration and left-leaning City Council members—a about-face on the part of City Councilmembers occasioned by a 7 percent increase in the amount of affordable housing housing to built—and an agreement to use organized labor during the construction phase, even as speculation builds that the developer, Alma Realty, could flip the property and some activists question whether enough affordable housing will be built.

After an intense negotiating period, the final deal calls upon Alma Realty to build the massive 1,700-unit residential complex using union labor, and hire only maintenance staff belonging to 32BJ SEIU. The company will reserve 460 units—roughly 27 percent of the floor space as affordable housing, up from the 20 percent originally negotiated by the de Blasio administration. The 20 percent number was struck after the developer put its hand up to be the first participant in the city’s mandatory inclusionary zoning program after early resistance to the plan’s lack of affordable housing.

For the agreement to go through, the mayor’s office agreed to commit $5 million in taxpayer money toward the construction of a ferry dock on the peninsula to and finding sources for remaining $3 million needed to make the boat-boarding point a reality. Mr. de Blasio’s office will also spend $1 million in public funds to make improvements to a local library and $500,000 to upgrade a senior center in a nearby New York City Housing Authority development.

Alma Realty has agreed to pay to refurbish a local park—exact figures on the cost of the rehabbing were not immediately available—and to include a grocery store and a new public school in the development.

“Residential development in the 21st Century must be innovative, contextual and inclusive of the community. We have reached this goal in the historic agreement on Astoria Cove,” said Councilman Costa Constantinides, the Democrat representing Astoria. “This agreement shows what we can achieve when the private and the public sectors work together.”

The controversial luxury Queens waterfront project encountered considerable resistance over developer Alma Realty’s initial reluctance to hire union labor and to set aside more than 20 percent of the new residences for low and middle-income tenants. Mr. Constantinides—joined by Ms. Mark-Viverito and Queens Borough President Melinda Katz this morning—pushed back on the developer; the Council almost always defers on land use matters to the wishes of the local representative.

Mayor Bill de Blasio, however, was a supporter of the project—seeing it as a test case for his new mandatory inclusionary zoning policy, which requires developers to insert affordable units into developments receiving zoning bonuses as a precondition for construction. Previously, the city had relied on subsidies and tax abatements to entice companies into adding below-market rate units.

Challenges for the project still remain. Alma Realty has a thin track record on major projects and the Daily News reported Monday that one of the firm’s founders allegedly bribed a Greek bank in the 1990s. The developer may still sell the property and real industry insiders are bristling at the agreement to use higher-priced, organized labor on the project.

On the left, Astoria Cove has its critics, too. Real Affordability for All, a collective of more than 50 activist groups like New York Communities for Change and Make the Road New York, blasted the agreement for not including enough affordable housing. Even though Astoria Cove, by definition, is historic, the development will still be more than 70 percent market rate as rents continue to skyrocket in Queens. 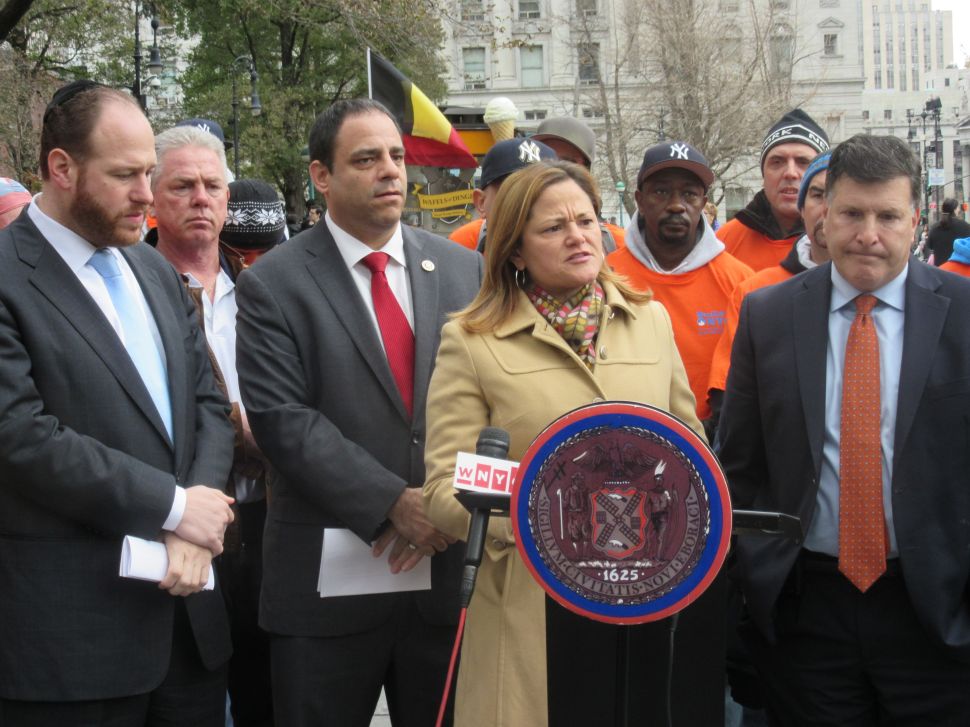