The city’s comptroller, Scott Stringer, is a valuable public servant who has done a fine job during his first year as the steward of the city’s finances. The public advocate, Letitia James, is an earnest sort who seems well-suited for a position that has little discernible power. City Council Speaker Melissa Mark-Viverito presides over a body of lawmakers that functions as an amen chorus for Mayor de Blasio.

But unlike the mayor, these public officials are hardly household names. They receive little attention in the media—although not for lack of trying—and their duties remain a mystery to the average New Yorker.

Despite their low profiles, Mr. Stringer, Ms. James and Ms. Mark-Viverito command the attentions of a veritable platoon of elite police officers dedicated to their personal safety—although more often serving as highly over-qualified chauffeurs. The New York Post reported the other day that each of the three is assigned six detectives, a sergeant and a lieutenant. That’s two dozen members of New York’s Finest dedicated to serving not the public, but three individuals.

And it gets worse. According to the Post report, members of the security details are taken from the NYPD’s intelligence unit, an outfit charged with the responsibility of keeping New York safe from terrorist attacks.

With all due respect to the three officials, they simply do not merit this kind of regal treatment. And, frankly, the officials should stop treating these officers as if they were household help. The Post noted that one of the cops assigned to Mr. Stringer was assigned the task of driving the comptroller and his wife to Boston for a wedding. Here’s a question for the keeper of the city’s finances: Who paid for the officer’s time? It will be hard for some observers to hide their smirks the next time the comptroller uncovers some nefarious waste of city resources.

Obviously, the personal security of our elected leaders is of kind of important. But does anybody really believe that the comptroller, public advocate and Council speaker require around-the-clock protection from terrorists?

The comptroller, public advocate and speaker, all of whom ran as populists, should renounce the over-the-top protection they’ve been assigned. They should keep a single officer to help them navigate the city’s streets and protect them from angry constituents and the occasional oddballs who show up at civic events. But, frankly, that’s all the protection they need and deserve. 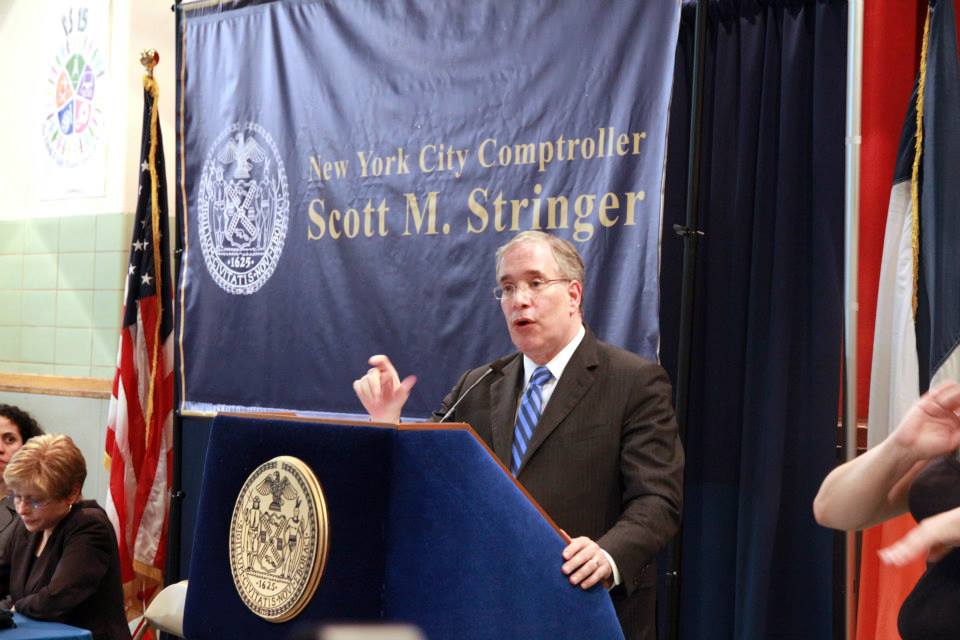