Take a quick browse through successful crowdfunded projects, and you feel like you’re getting a glimpse of the future. Oculus VR. Rocketskates. Hoverboards. It’s Star Wars, Back to the Future and every other futuristic fantasy come true. But every once in a while, that glimpse ends up being a total mirage.

On Indiegogo, a campaign called Bleen has raised some red flags among its backers who are starting to think that the bleary claims made by its elusive founders are starting to sound like total bullshit. Bleen is a projector that creates 3D holographic movie displays and comes in the shape of a small egg, the design of which is meant to evoke the sculpture of Jeff Koons and the “neogeometrical abstractions” of a Sarah Morris painting.

Indiegogo has been home to a number of projects that have promised revolutionary consumer technology and turned out instead to be something between a money-making scam or a total train wreck.

Some of the red flags around Bleen are obvious, like the fact that they’re running a flexible funding campaign, which means that even if they aren’t fully funded by December 20, they can make off with whatever they did raise. So far, they’ve collected $34,857 of their $225,000 goal.

But to really figure out why Bleen may be totally unworthy of trust, you need to dig a little bit into the founders, their background (or lack thereof) and their claims. Here are a few reasons to be very careful when donating to Bleen:

[youtube https://www.youtube.com/watch?v=WoLcZKkwPQI]
The artistic elements of the Bleen Indiegogo page are stunning. There are high-res videos, glossy photos and plenty of use-case examples to pour over as an excited backer. The production value behind their PR and design is high, and the presentation likely costs many thousands of dollars.

Not a single image or video, however, shows the device in action. What they’re promising is that they’ll develop and deliver a piece of consumer technology that would radically advance the nascent business of home holographics on a shoestring budget. Oculus Rift may have done something similar with their virtual reality headset, but they at least had a working prototype.

There are clips in Bleen’s video that tangentially suggest a real development process — coders, a headquarters, a motion caption studio — but nothing of the device itself. The question becomes: Has even a working sample of the device, or any Bleen technology, actually ever been made?

In their FAQ, they address that question by saying:

Although it looks like a future technology, we have proved the concept and are ready to finish the development and create the final marketable product. We’ve got a real chance to finalize the development of a new exciting product that enables everyone to watch 3D content in spatial quality and bring it to the market.

But the project’s backers are asking to see just a single image of the actual holograms in action. Apparently, Bleen has been deleting a number of probing questions, though this comment has gone through:

I ask again, may we see a photo of a holographic image generated by your proof of concept system. I would think simply deleting such inquires, as you have, is not a way to properly answer such questions from contributors.

The closest thing we have to specifics about Bleen’s capability are the tech specss, which seem boilerplate and theoretical — and if their device is fictional, it’s a little funny they’ve chosen not to make it available for Linux.

The founder and CEO of Bleen is Bogdan Shevchuk, who like most of the other members of the team is Ukranian. A few searches only turn up a LinkedIn profile that lists no experience prior to Bleen, along with a number of Bleen-related press releases.

The only other time the name comes up is in connection with a domain theft, but let’s give Mr. Shevchuk the benefit of the doubt. That could be anyone.

The project’s CTO, Max Pavlov, seems to have a real background as a coder and IT engineer. Mr. Pavlov even founded espresso.network (possibly another project with Mr. Shevchuk, if LinkedIn can be believed), another startup concept that has gorgeous video, but otherwise appears to be a failed startup with a series of empty links.

But the sketchiest member of the team by far is the apparent brains behind the invisible, unproven technology.

Bleen’s Chief Science Officer is Vladimir Titar. In the above video, he speaks to the camera and paces in front of a chalkboard covered with ~equations~, but the best way — really the only way — to learn about his accomplishments is his Wikipedia page. It’s there that you learn that Mr. Titar sits on a supposed pile of research in the field of optical imagery, and is listed as “a laureate of the 2 Y.I. Ostrovsky Prizes in 2007 for the best work in the field of optical holography and microscopy.”

There’s little off-site sourcing for his expertise, but maybe old Soviet-era research is tough to link to online? Too bad a copy of the Wikipedia page doesn’t exist in Russian or Ukranian. Also, the Y.I. Ostrovsky Prize? Some editors on Wikipedia aren’t convinced it exists.

All that, and the page has only existed since April. It was created by an account called Terry Benedict, which looks like it was created with the sole purpose of manufacturing two profiles. The only other profile created was another Bleen team member, the filmmaker Oleg Kokhan, who has a whole section of his Wikipedia page dedicated to promoting his role at Bleen.

Even if Mr. Titar is a bona fide expert on holographic sciences, the relevance of his work is vastly overshadowed by the obvious marketing manipulation tactics designed to insist that his work is, in fact, relevant.

Not everything about Bleen is a sham. Though the project’s creative director, Mila Supinska, appears to be made of a collection of stock photos, Ms. Supinska seems to have a legitimate modeling career alongside her creative work, though this only proves the veracity of their marketing efforts.

But the Bleen team doesn’t have to be a whole-cloth falsehood to be a disaster. It just has to use glitz to make a promise it can’t keep. After all, the Kreyos smartwatch guy still claims to this day that he always meant to make an incredible smartwatch, even if it ended up being a massive disaster that cost a collective $1.5 million. Indiegogo even made this statement to Betabeat after we asked them to look into Bleen and their claims:

“The campaign owner is actively responding to questions on the campaign page and there has been no reason to doubt a sincere effort to complete the project.”

Remember, some of those questions and comments have been deleted.

At very best, Bleen is a quixotic campaign that has a lot to live up to should they get their full $225,000. But even if they’re not fully funded in a month or so, they’ll still have to deliver to at least a few hundred anxious customers who will be expecting a completed product.

We won’t be holding our breath. 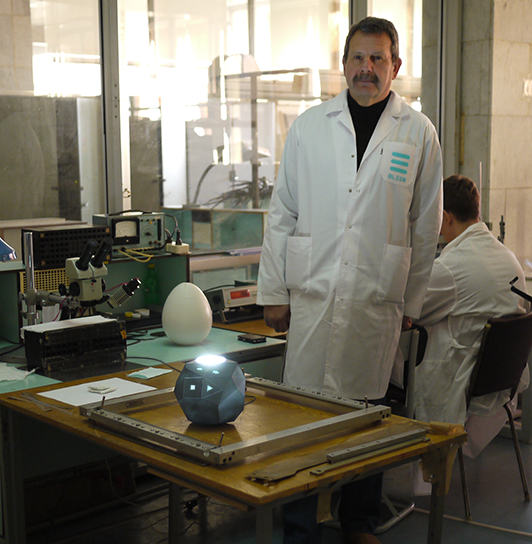