Council Speaker Melissa Mark-Viverito said today that there was an “aspect of mourning” to the protests rocking Ferguson, Mo. and other cities, explaining that she too was dismayed about a grand jury’s decision not to indict a police officer who shot and killed a black teenager in August.

“There’s an aspect of mourning today,” Ms. Mark-Viverito told the Observer at an unrelated press conference. “This case is continual reminder of some of the systemic challenges we have in this society.”

“It is, to me, a sad day and I know there is a lot of energy and activity happening. I definitely don’t believe in violence of any type and we need to find constructive ways to challenge our system to do right,” Ms. Mark-Viverito added. On Twitter last night, she called the demeanor of St. Louis County prosecutor announcing the decision “disgusting,” a sentiment she reaffirmed today.

Standing with several council members in City Hall, she then asked if any wanted to come forward to offer their comments. None did.

Violent protests rocked Feguson yesterday after a grand jury decided not to indict a police officer in the shooting death of an unarmed black man, Michael Brown. Many left-leaning commentators and activists expressed dismay that the officer, Darren Wilson, faced no charges for shooting death of Brown.

Protesters also took to the streets of Manhattan last night and early this morning to express their frustration about the grand jury decision and ongoing tension between police and minority communities. The protests here were relatively peaceful.

The grand jury decision, coincidentally, comes days after a rookie police officer accidentally, according to police, shot and killed an unarmed black man in Brooklyn. Mayor Bill de Blasio urged the public last week not to “connect the dots” among that incident, the Ferguson shooting and the death of a black Staten Island man in police custody this summer, even though protesters and even elected officials appear to be doing just that.

“There are many of us here who believe strongly in reforming the practices of the NYPD,” Ms. Mark-Viverito said. 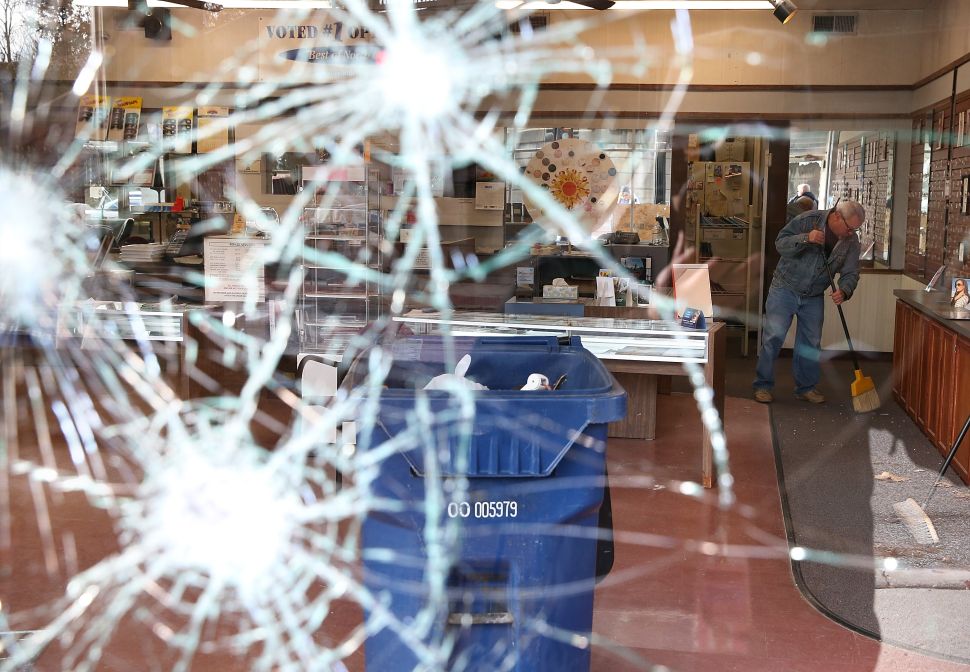