If you don’t believe that demagogues are waging a war on the New York Police Department, consider this: 21 members of the City Council are sponsoring a bill that would require police officers to obtain written or audio permission before they are allowed to search a suspect.

That’s right. If these Councilmembers have their way, cops will have to ask a suspect—nicely, one would assume—if it is O.K. to conduct a search of his or her person.

There is no truth to the rumor that in one version of the bill, cops would have been required to say “pretty please.”

This latest outrage comes on the heels of Council efforts to outlaw chokeholds by police officers. As former Police Commissioner Bernie Kerik said in a broadcast interview, this bill would “put cops in jeopardy” because it would deny them a potentially life-saving technique. Mr. Kerik noted that officers often find themselves struggling with suspects who are much larger and stronger. “You mean it’s going to be illegal to defend myself?” he asked with appropriate disbelief.

The other bill—the one that would require proof that a suspect agreed to a search—might seem like a joke, but it’s not, sadly. Anyone can refuse to be searched, but police are under no obligation to tell us that.

As Patrick Lynch, the head of the Patrolmen’s Benevolent Association, noted, the anti-search bill is further proof that some politicians, especially rookie Councilmembers elected along with Bill de Blasio last year, regard aggressive policing as a bad thing. There’s no other way to put this: These politicians believe the city has been too harsh on criminals, on punks who believe they should be able to carry handguns and contraband without having to answer to law enforcement.

Mr. Kerik said the bill would “dissuade” police officers “from doing what they should be doing.” And that would be a disaster. If cops decide that it’s simply too much of a hassle to search a suspect, or if they conclude that the city doesn’t have their back, they won’t be as vigilant, won’t be as aggressive.

Mayor de Blasio could stop the nonsense by announcing his opposition to these measures. True, his progressive allies will be annoyed, but when are they ever pleased?

Let’s see if he has the courage to do so. 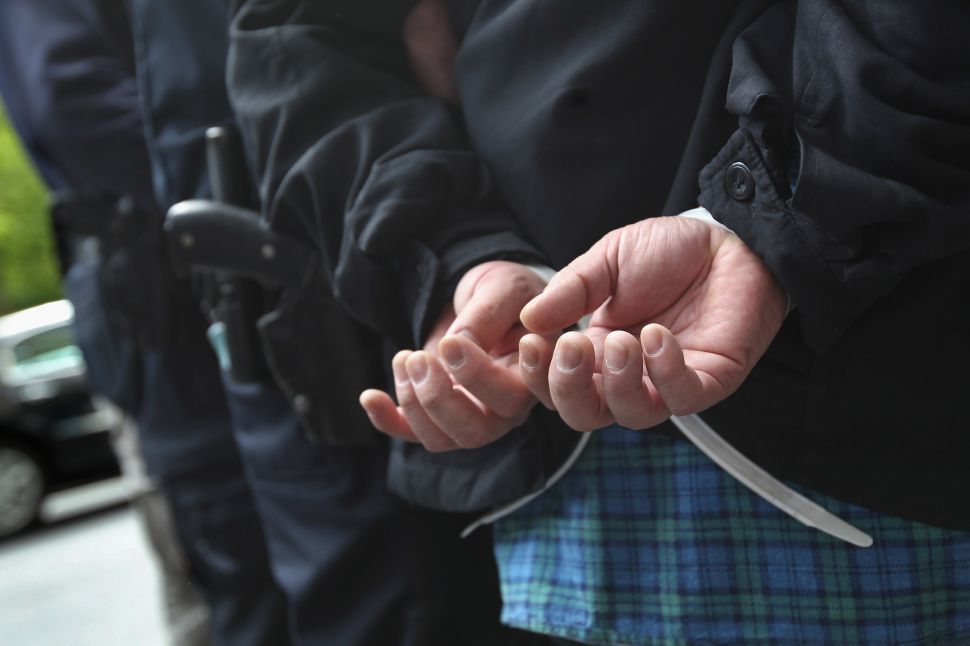