Gov. Cuomo didn’t win many friends in the world of meteorology last week when he criticized the National Weather Service for not getting it right when the snow began to fall in western New York. As the region struggled to dig out from seven feet of snow, Mr. Cuomo insisted that the “weather service was off,” having failed to anticipate the historic nature of the storm. Forecasters fought back on social media, showing that they did, in fact, warn of snowfalls of up to five inches an hour for hours upon hours at a time.

This was a battle the governor didn’t really need to fight, although he took the opportunity to tout his own proposal to create New York’s own weather-detection system. If the governor feels a little peeved with Mother Nature, well, that’s understandable. During his four years in Albany, Mr. Cuomo seems to have spent half his time responding to one weather crisis after another, from flooding in the North Country to Superstorm Sandy to last week’s white-out in the Buffalo region.

More important than the governor’s skepticism of forecasters is his response to weather emergencies when they occur. During the recent snowstorm and subsequent floods, Mr. Cuomo has been effective in marshaling the required resources and keeping open the flow of information.

On Sunday, the governor was in one of the hardest-hit communities, Cheektowaga, to announce the arrival of snow-removal equipment from several of the state’s largest cities as well as boats and other equipment that was ready to be deployed if melting snow caused massive flooding in and around Erie County.

For Mr. Cuomo, this sort of exercise has become all too familiar. He has avoided using the term “global warming” because, in his view anyway, the phrase is too loaded politically. But if any governor has reason to call attention to the impact of extreme weather or—dare one say it—climate change, it surely is Mr. Cuomo. New York has suffered enormous weather damage in every corner of the state in just the last four years alone. As the governor said himself two years ago, he had already responded to more weather emergencies than his father had during a dozen years in office.

Mr. Cuomo may believe that a new state-run weather-detection system somehow will prove more reliable than the professionals at the National Weather Service. But as he also knows all too well, predicting bad weather is one thing. Figuring out why he is responding to so many storms is quite another. 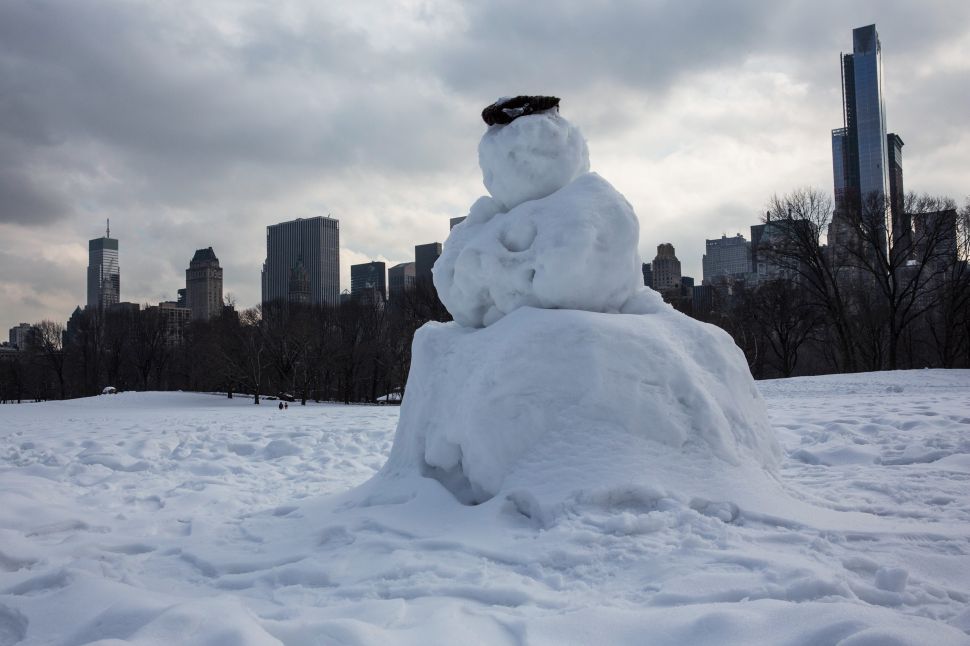