Not exactly the sort of headlines that inspire confidence in the city’s crime-fighting tactics, post-stop-and-frisk.

City Hall has to figure out how to persuade an anxious public—and a skeptical police force—that it is serious about building on the historic crime reductions of the last 20 years. The mayor is a skilled political operative, so he knows all about the importance of narrative. And right now, the narrative goes like this: Bill de Blasio campaigned as a critic of the Police Department, he instinctively sides with police critics like Rev. Al Sharpton, and he continues to support his wife’s chief of staff despite her relationship with a convicted felon who has lashed out at the police in public.

It’s hard to believe the mayor truly appreciates the importance of maintaining a safe city with an empowered police department.

The latest controversy erupted after the NYPD’s chief of the department, Philip Banks III, abruptly resigned days before he was scheduled to be promoted to first deputy commissioner—a job he apparently considered to be powerless. Mr. Banks was the highest-ranking African-American on the force, and reportedly is close to both the mayor and his wife.

Mr. Sharpton and other police critics are demanding a more-visible black and Latino presence in the department’s highest ranks now that Mr. Banks has quit. That is not an unreasonable request, but critics like Mr. Sharpton seem unaware that under former Commissioner Ray Kelly, the NYPD became among the most-diverse police departments in the country. There are plenty of black and brown officers wearing NYPD blue these days.

Mr. de Blasio must make it clear that he and Bill Bratton—and not Al Sharpton—are running the department and making personnel decisions based on merit and merit alone. 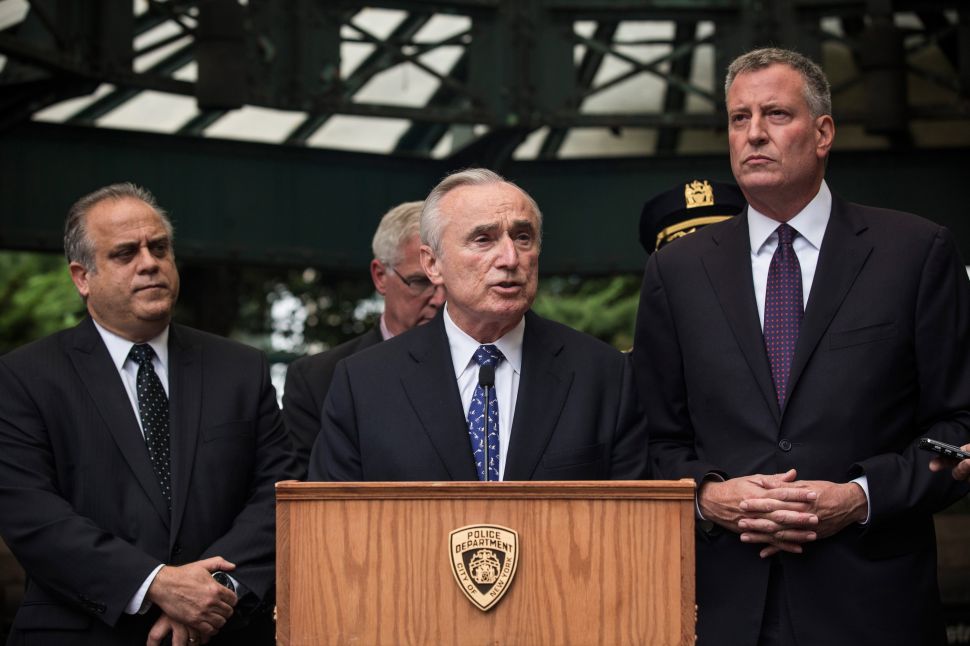