YouTube (owned by Google Inc.) is a remarkable platform for the sharing of videos and music by both fans and creators. Many artists have used it to start careers and achieve a form of stardom, which is wonderful. But what’s behind the curtain? How is the “monetization” income shared with content creators, filmmakers and musicians, by the businessmen who operate YouTube?

I am the guitarist, co-founder and one of the two main songwriters for the band Dead Kennedys. We’ve been called “one of the most popular and important American hardcore punk bands” by the Rough Guide to Rock, and “the undoubted kings of U.S. punk” by the Encyclopedia of Popular Music. We are proud of our Do It Yourself independent ethic and have negotiated our own recording, song publishing and other licensing deals. As an independent artist, we attained the extraordinary achievement of Give Me Convenience or Give Me Death earning a Gold Record in both the United States and the United Kingdom.

Back in the day, Dead Kennedys did a publishing deal in the U.K. with Virgin Publishing, in which they received 30 percent of gross songwriting income, with the DKs receiving 70 percent. Virgin also paid the band an advance, which we used to finance the recording of our second LP. They also spent a significant sum out of their own anticipated 30 percent to promote our LP when it was released.

With YouTube’s standard deal, they take 45 percent of what they call “recognized” income (presumably their term for net) of both the recording and composition income. No advance and no investment in promotion. According to Google’s financial reports, YouTube’s expenses can be estimated as about 37 percent of revenues, so 45 percent of net is the equivalent of them taking 65 percent of gross, so that means about only 35 percent goes to artists and labels. YouTube is taking almost twice the “bad old” music companies’ cut, for basically doing no more than hosting on a server.

For comparison, Apple’s iTunes takes 30 percent of gross (they pay all their costs out of that share)—less than half of Google’s 65 percent cut. Apple then gives 70 percent of income to the artists & labels vs. Google’s roughly 35 percent.

With YouTube, it’s take it or leave it, there’s no negotiation. And if you leave it, the businessmen at Google still make big money because they do not have to get your consent to “monetize” anyone’s files. Or photos. Or life. Yes anyone, including you. There’s a loophole in the law.

You don’t suppose that these Wall Street internet corporations have a hand in trying to confuse the public on the profound moral difference between sharing something with family and friends and distributing, without permission, other people’s files for money?

Based on YouTube’s projected gross revenue for 2012 of $1.7 billion with a profit of $1.2 billion and $500 million to content creators, Google is making $610 million in excess income that would normally go to the livelihood of artists. Figuring $50,000 a year for a middle-class independent artist, that’s the equivalent to the livelihood of 12,000 people with imagination and creativity who have been sent off to work in the salt mines of Walmart instead of making life more interesting for the rest of us. No wonder we have over 45 percent fewer working musicians making a living now since 2002, according to the U.S. Bureau of Labor Statistics.

Google’s corporate slogan is “Don’t be evil.” The joke is on all of us. They could easily give filmmakers and musicians twice the share they currently do and still make a $600 million profit. Apple does it. The old film and music companies did it. It’s not revolution when the new boss is worse than the old boss. It’s back to the 1920s, when America’s great jazz and blues artists were targets for exploitation and rip-offs. “Don’t be evil”—yeah, right dude. Not!

The main problem is the billions in advertising wealth generated by ad networks, such as Google’s, Yahoo’s, etc. They can profit from any site, legitimate or not, without any consent. It’s crazy, shady operators can be stealing from artists but it’s perfectly legal for an ad network to fund them with ads. And they do. People and creators are being ripped off, and most people have no idea. This legal loophole is choking creativity.

Though YouTube is probably the worst offender, the other big Internet music services also use this loophole as a weapon to force unfavorable deals onto artists.

Taylor Swift recently brought these “robber baron” business tactics into the mainstream. When she removed her catalog from Spotify, she resisted a bad deal that Spotify was trying to force on her. Dead Kennedys had Spotify figured out early on, we pulled most (but not all) of our tracks off of Spotify back at the start of 2013. Musicians are not against streaming, but we are against “plantation/sharecropping” business practices. It doesn’t have to be this way.

Educate yourself about what’s really going on and the reality is shocking. Don’t buy the lies and memes, educate people, share this article, stand up. The Internet is not like the weather, it was created by humans and can be changed by humans. It’s not about regulating the Internet, it’s about regulating businesses. (They’ll try to confuse that, too.)

East Bay Ray is the guitarist, co-founder and one of two main songwriters for the band Dead Kennedys. He has been speaking out on issues facing independent artists—on National Public Radio, at Chico State University, and on panels for SXSW, Association of Independent Music Publishers, California Lawyers for the Arts, SF Music Tech conferences, Hastings Law School and Boalt Hall Law School. Ray has also met with members of the U.S. Congress in Washington, D.C. to advocate for artists’ rights. 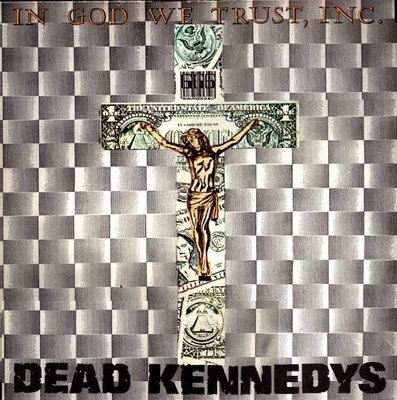