Indeed, it should be so. Countless teachings of the Torah convey God’s love for the united children of Israel.

Yet there are things worth fighting for. And defending Israel is one of those things.

Protecting Israel from a world onslaught trumps Jewish unity. Jewish organizations are rapidly dividing into two: those who do good work yet lack the moral courage to stand up for the Jewish state, and those who understand that Israel is great battle of our time and all must rise to the occasion.

The ferocious battle that has ensued between my organization, This World: The Values Network, and groups who ostensibly support Israel but have allowed the New York University campus to go almost completely over to Israel’s enemies is a case in point.

All week long I have endured the personal attacks of NYU student and professional leaders who raised barely a finger to assist in Elie Wiesel’s speech (introduced by American Ambassador to the UN Samantha Power), which we arranged as a response to Mahmoud Abbas’ charges of an Israeli genocide, delivered from the exact same podium six weeks earlier to 1000 mostly NYU students.

We have had to read that we’re dividing Jewish students on campus. That we’re undoing the kind of unity that Hillel has tried to hard to sow with groups like J-Street so there would be Jewish unity on campus.

But Israel is in a fight for its very existence and we will not be silent. Every day Jews in Israel are hit by terror trucks, shot and murdered, blown up, hacked to death with cleavers, and gouged to death with screwdrivers. Jewish blood has become cheap.

Where is the outrage?

NYU has more Jewish students than any university in America. But that didn’t stop Students for Justice in Palestine for gaining unmatched supremacy on campus while supporters of Israel pay defensive catch-up.

Last week, in a landslide vote, UCLA undergraduate government voted to divest from Israel. There are thousands of Jewish undergraduates at UCLA. Why didn’t they stop it?

Don’t tell me it could not be done.

Our support for Israel is tepid and far too passive. Many Hillels actually believe that having Peter Beinart call for silly boycotts of Soda Stream passes for a pro-Israel event on campus.

We’re afraid to offend. Afraid to fully stand up. Afraid to proclaim the truth: that Israeli is a righteous and just democracy that behaves more morally than any country on earth facing the same threat.

It’s time we made Jewish unity secondary to standing up for Israel. If Hillel and Chabad on any given campus do not do enough for Israel than rival organizations must be established. If it creates Jewish disunity, so be it.

Theodore Herzl knew he was dividing world Jewry by proposing a Jewish state. Peter Bergson (aka Hillel Kook) knew he was dividing American Jewry by organizing the “Rabbi’s March” against the holocaust in Washington, DC, in October, 1943, which failed to attract a single Conservative or Reform Rabbi.

The Lubavitcher Rebbe knew he was dividing world Jewry – especially the Orthodox – when he launched Jewish outreach in 1967 with its heretical premise that Jews who drove on the Sabbath should put on tefillin and be encouraged to come to Synagogue.

None of these great men put Jewish unity before the future of the Jewish people. None of them curtailed their activities in order not to make waves.

Indeed, virtually every time the Rebbe sent an emissary to a city, he knew it could potentially – and often did – divide the community. Why are you sending us a Rabbi when we already have one? Why are you opening a rival Jewish day school? We don’t have enough Jews in this city for one community, let alone two.

The Rebbe loved when Jews were together. But he loved it even more when Jews were thriving. Sometimes it took competition to create a culture in which Jewry could flourish. But then, all of America is based on the idea of excellence through competition.

Hillel had hegemony on America’s campus for Jewish activities. Then came Chabad. And now that we’re engaging in the battle to save Israel, the point is the same.

I would love to see Hillel and Chabad rise to the challenge of staunchly and proudly defending Israel. Pro-Israel activism on campus should be based on three principles:

1. Jewish campus groups should organize monthly events that promote and support Israel as a righteous democracy behaving more morally than any country faced with a similar, existential threat.

2. When anti-Israel speakers who defame Israel come to campus, Jewish groups must organize protests to show that Israel cannot be maligned without a response.

3. Campus groups must work with human rights groups and Islamic organizations on campus to denounce terrorism against Israel and incitement against Jews, just as we as a community must do the same with any group targeted for hatred.

These are simple points that every Jewish group should embrace. Failure to do so invites a group of new students to set up rival organizations on campus dedicated to Israel’s defense. That defense is more important than some chimera of unity that allows the Jewish state to be attacked.

Rabbi Shmuley Boteach, “America’s Rabbi,” founded the Oxford University L’Chaim Society which grew to be one of Oxford’s largest student organizations. He won the London Times Preacher of the Year Competition and the Millennium and has just published Kosher Lust: Love is Not the Answer. Follow him on Twitter @RabbiShmuley. 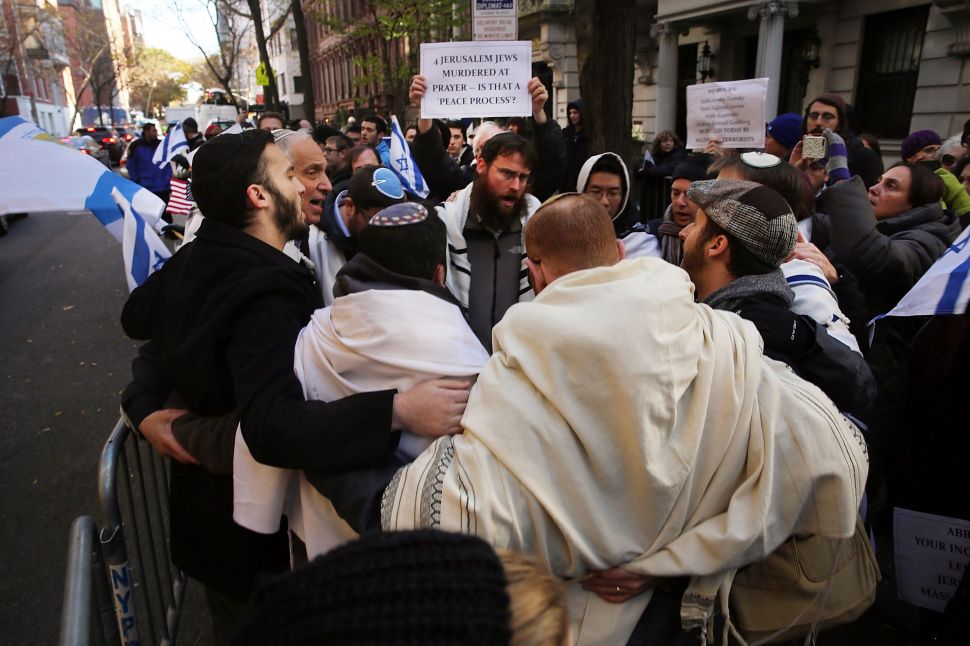