New Yorkers are going to get a new entertainment center to be built on a pier on the Hudson River waterfront. Barry Diller says he’ll cover the estimated $170 million cost for the project. To which the proper response should be, “Thank you, Mr. Diller.”

But not everybody is quite so gracious toward Mr. Diller’s philanthropy. Some politicians are wringing their hands about a privately funded development in the middle of a public space, the Hudson River Park. Others contend that Mr. Diller’s plan doesn’t conform to the original intent of regulations governing the reconstruction of West Side piers.

And The New York Times editorial board is worried about the fate of the striped bass. You might remember the striped bass—though a small fish, the striped bass almost singlehandedly foiled construction of Westway a generation ago. A judge ruled that burying part of a successor road to the old West Side Highway would disrupt the fish’s habitat. And so a busy highway continues to cut off the Hudson riverfront from the rest of the West Side.

At a time when some New Yorkers have bought into the tale of two cities narrative, perhaps it’s not surprising that Mr. Diller’s gift has been greeted with such skepticism. Some critics have suggested that the city and state ought to be funding the project—rather than rely on Mr. Diller’s gift—through organizations like the Hudson River Park Trust, which maintains the park and recreational facilities that line the West Side shorefront.

Public-private partnerships have revitalized parks and other spaces throughout the city since the 1970s, and the Diller project is just another example of philanthropy and public good coming together. Mr. Diller plans to build a performance facility on a new platform over Pier 54, which, at the moment, is rotting away. Eventually, New Yorkers will be able to enjoy music and other performances in a truly magnificent riverfront setting.

Ideologues may believe that privately funded projects have no place in public spaces like the Hudson River Park. But that sort of thinking belongs to another era—and era during which public spaces like Central Park became scruffy and dangerous.

Mr. Diller’s gift to the city will make the Hudson River Park even grander for all New Yorkers. Who knows? Maybe the music will enhance real estate values for the striped bass that call Pier 54 home. 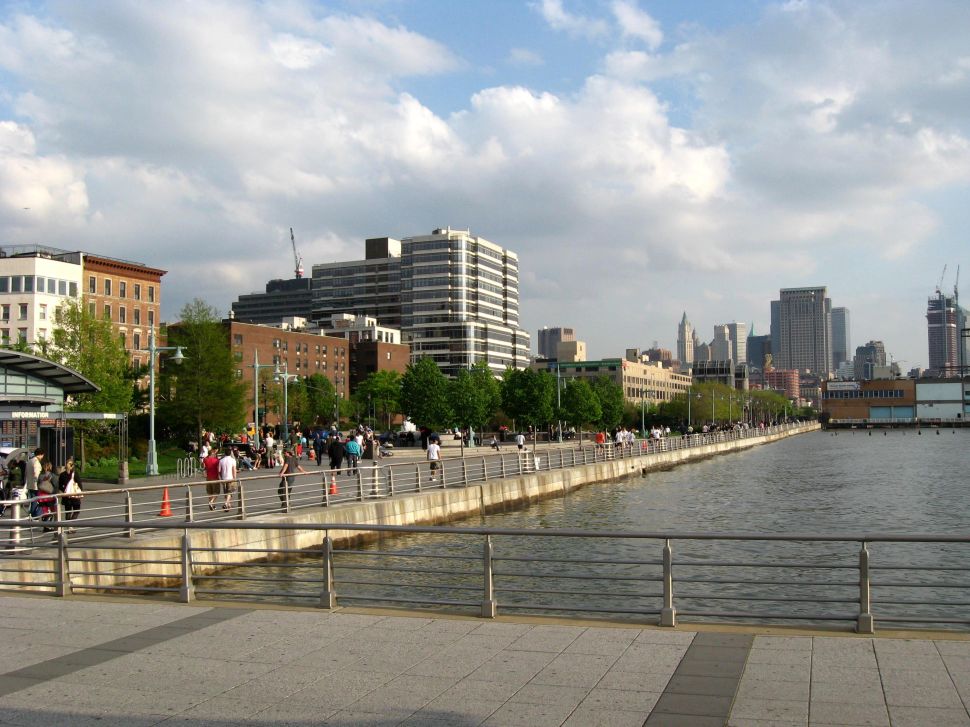