Mr. Wiesel—the author of 57 books, including Night, which is based on his experiences surviving Auschwitz and Buchenwald concentration camps—was joined on a panel, “Genocide and the Jews: A Never-Ending Problem,” with Rabbi Shmuley Boteach, United States Ambassador to the United Nations Samantha Power and Harvard professor Noah Feldman.

“Things change, anti-Semitism remains,” said 86-year-old Mr. Wiesel. “Where did we go wrong? What did we do to deserve the hate? ‘Why,’ you ask yourself, ‘Why?’ The questions are as old as Jewish history itself.”

Wearing a black blazer and shoes, gray pants and tie, Mr. Wiesel is dressed modestly. He is soft spoken with a heavy accent that sounds French but is hard to place. With every word he speaks, the audience goes silent. College students and senior citizens alike hold up smartphones to snap pictures of a man many have only seen on TV, newspapers and textbooks.

The panelists discussed a global increase anti-Semitic violence and the paucity of world leaders at the Conference on Anti-Semitism in Berlin last week.

“The problem is getting worse,” said Mr. Boteach “Yet high-level attention is going down.”

The panel discussion was organized by Mr. Boteach and his son, Mendy, an NYU undergraduate student, as a response to Abbas’ recent speech at Cooper Union.

The event occurs among a complicated backdrop. In Israel, at virtually the same time as this event, four Jewish men were butchered by Palestinian terrorists while praying in a synagogue. Closer to home, Mr. Boteach had expressed surprise in an opinion piece in the Observer at what he perceives to be a lack of backbone among Jewish student groups at NYU. The leaders of one of those groups, TorchPAC, fired back today with an Observer opinion piece of their own.

At the event, Mr. Boteach emphasized that Israel is not perfect, but “human.” He warned of the consequences of casting blame on an entire group of people and praised Mr. Wiesel for being the face of the “6 million faceless victims” killed during the Holocaust.

“This orphan teenager could have mourned privately for his parents, for his little sister, for his grandfather,” said Mr. Boteach. “He would have been more than justified to sit in silence for a lifetime…Instead of silence he chose to invest in words.”

Wiesel was 16-years-old when he was liberated from Buchenwald in 1945. Months before, his father had been severely beaten in the bunk below him.

“I climbed into my bunk, above my father, who was still alive,” Mr. Wiesel recounted in Night.

“The date was January 28, 1945. I woke up at dawn on January 29. On my father’s cot there lay another sick person. They must have taken him to the crematorium. Perhaps he was still breathing… No prayers were said over his tomb. No candle lit in his memory. His last word had been my name.”

After his liberation, Wiesel vowed not to speak of his experiences for 10 years. In 1960, “Night” was published and more than 10 million Americans have read the book since — millions more than the 6 million Jews who were killed in the Holocaust, noted Rabbi Boteach. Night has been translated into at least 30 languages and is widely used in schools to teach students about the Holocaust.

Referencing King Solomon, Wiesel asked the audience, “Can we really learn from each other? If not, what are we doing here? If we can, why don’t we?”

“I believe we can,” he answered. “God has given man the power of words. With these words we can build castles. We can bring hope or despair — it’s always in our hands.” 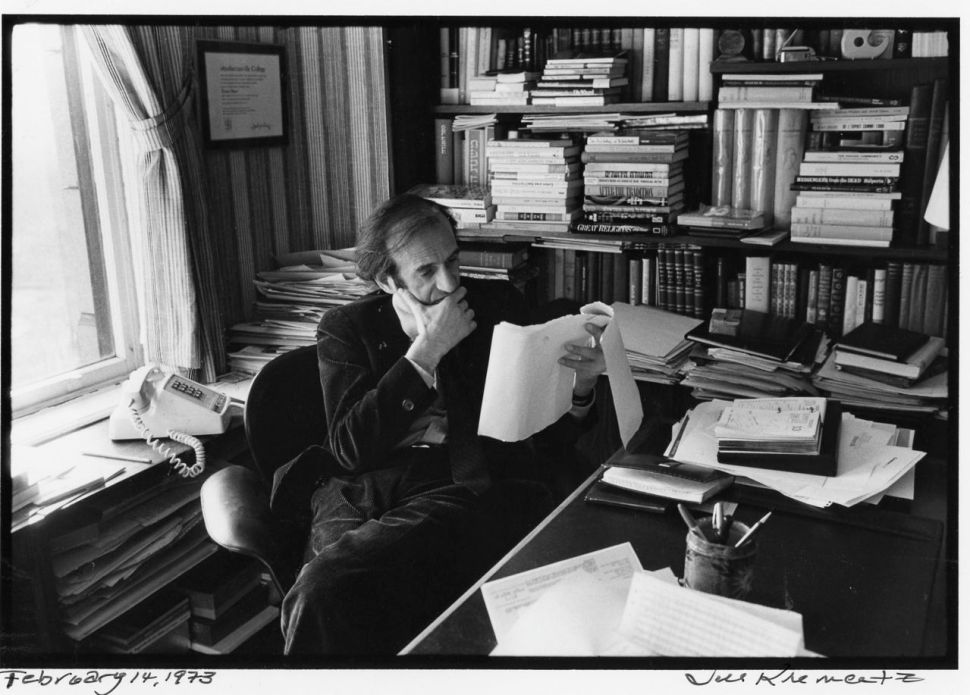