The Shondaland lineup is not known for its realism. That’s what folks who don’t like Rhimes’ work always point to first; a lawyer friend of mine refuses to watch HTGAWM because of how implausible the depiction of law school is (editor’s note: AHHHH! My husband has the same problem!), and I imagine doctors and D.C. insiders feel similarly about Grey’s and Scandal. At the same time, the heightened melodrama is certainly part of the draw for the fans – I was genuinely surprised by the final moments of all three shows last night, and I know the formulas pretty well. We don’t call it the Shonda-coaster here at tvDownload for nothing.

But I don’t really think the medical scares and the kidnappings and the murder reveals are the real reasons why we keep watching Shondaland. She’s certainly not the only showrunner on television that knows how to continually raise the stakes beyond any measure of believability. She is, however, the showrunner who knows exactly how to balance the excitement and overwhelming drama with very real glimpses into the humanity of her characters. With the exception of (most of) the law students on HTGAWM (which I am mostly giving a pass, since it’s so new and still trying to find its footing) (ed. note: also because she’s not the showrunner, but an executive producer of Murder), the characters in the Shondaland universe have depth. They’re complicated, challenging, and very real people who just so happen to exist in a completely unrealistic world, and that realism provides the very necessary grounding that makes the shows actually work.

Last night, the realism on Grey’s came through the most in Dr. Herman’s story. It’s about time, too, because I’ve had trouble engaging with her character all season. She’s been verbally abusive and unfair to Arizona repeatedly, and the audience is supposed to just let that slide because she has an inoperable brain tumor? I don’t buy it. Or, I didn’t, until last night when Herman was finally allowed some semblance of a personality.

So what actually makes Herman smile? Bizarre flavors of ice cream, for one thing. And sex. Lots of sex. Lots of sex with dorky, ass-kissing Graham! And none of her indulgences seem to be getting in the way of her ability to do her job, which is why I am inclined to believe her when she says that her actions are not a symptom of her illness but “a symptom of dying soon.” Hearing this is what finally lets Arizona relax about Herman because, at last, she’s able to see her as a person with basic needs. Granted, “she likes ice cream and orgasms” is not the most descriptive or unique character trait (particularly in the Shondaland universe), but it’s enough to humanize her and make us hope that Amelia’s able to save her life.

But let’s put this into perspective. The revelation that Dr. Herman has a sweet tooth is nothing compared to the revelation that Michael is only the second man who Cyrus has ever slept with. I knew that he had been closeted for most of his life and that James was his first serious romance, but his first male lover? Ever? Really? I thought for sure that Cyrus had been like all the other closeted right-wing politicians who sleep with men but don’t identify with any of the labels on the queer spectrum. Considering how much time he spends with oversexed friends like Fitz and Liv, it’s a shock that he didn’t seek out a sex worker – or even a date – sooner.

While I was glad that Olivia was able to keep him in D.C. and working at the White House, I did feel a slight pang of sadness when Cyrus agrees to go along with the staged marriage plan. I think Michael might actually be falling in love with him, but Cyrus is still too grief-stricken over James to have the capacity to love again. I’m hoping that they’re able to negotiate some sort of open marriage that allows them to keep dating other people, because Cyrus clearly has some oats to sow before Ella can really have a stepfather. (Though, she definitely needs one, because with the hours Cy works, who exactly is taking care of her every day? That remains one of the great mysteries of Scandal.)

And then there’s Rowan. I hesitate to call any of Rowan’s scenes “realistic,” because he is Scandal’s most consistent villain and a cartoonishly evil one at that. But I do believe that he was genuinely surprised and heartbroken that Olivia would shoot him. He brings the gun and the records to her apartment as a test. He teases her with happy memories of childhood as manipulation. But he doesn’t crack and reveal just how much those memories mean to him until she pulls the trigger and realizes that there aren’t any bullets. Despite all of the horrible things he’s done, Rowan has never physically harmed his wife or daughter, and I think this scene finally made it clear exactly why he’ll never cross that line. It’s also why I doubt that he’s connected to the Vice President’s kidnapping of Olivia. Rowan will manipulate and emotionally torture Olivia and kill her friends and lovers, but he’s careful to never actually put her in harm’s way. We’ve seen this restraint before, but when he finally sees that she’s willing to do to the one thing to him that he’d never do to her, his façade starts to crack in a way that it never has in their earlier showdowns. I’d feel sorry for him if I wasn’t so terrified of what he’ll manage to cook up next.

The search for humanizing realism gets a little more complicated on HTGAWM, because the characters are continually deceiving us as much as they are deceiving each other. Even though we now “know” who killed Sam, there are enough holes remaining that I bet we won’t find out most of the details until the end of the season. It’s clear that there’s more to Wes and Annalise’s conspiracy than was revealed in that final flashback. And what was going on with Bonnie and that guy at the bar before she calls Asher? There’s got to eventually be an episode where we see the full events of the night from her perspective. So it’s hard to believe in these characters when we’re constantly forced to question what they’re telling us.

Except for Asher. Asher, the only one of the Keating Five not implicated in Sam’s murder, is pretty up front about who he is. And while we’ve had a few glimpses of his deeper personality over the course of the season, my favorite character reveal came in this episode, when he turns down sex with Bonnie because he thinks they’re too drunk to consent. What follows is an oversimplified, brief depiction of healthy consent negotiations between new and intoxicated lovers, but it’s more refreshingly honest than the heat-of-the-moment exchanges we’re used to seeing on network television. Considering how Asher’s generally portrayed as a heteronormative meathead, the fact that he’s thoughtful enough to pause and think about consent issues before getting in bed with Bonnie says a lot about who he is as a person. He’s also the character who’s had the least visible love life, so I’m glad that when he finally gets a romantic scene, it shows him actually being a gentleman. I’m rooting for you to get that trophy back, man.

Don’t get me wrong: the melodramatic highs from last night are going to keep me on edge for the next two months. How much of the murder cover-up did Annalise orchestrate? How the hell is Arizona going to tell Herman that she gave those medical records to Amelia? Why is the Republican party kidnapping Olivia Pope? But I only care about the answers to these questions because I care about these sympathetic, frustrating, deeply human characters. The Shonda-coaster is a fun ride, but it wouldn’t be nearly as enjoyable if that’s truly all it was. 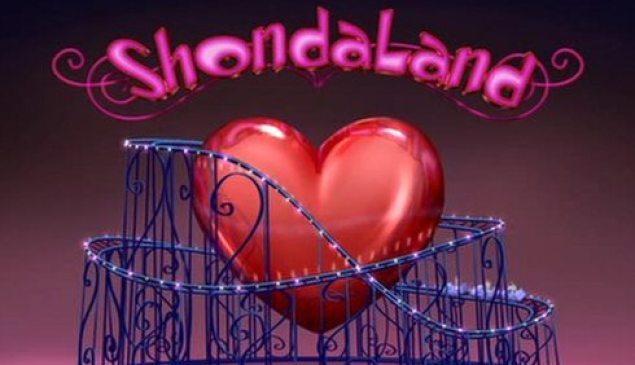 Filed Under: TV, Shondaland, Shonda Rhimes, How to Get Away With Murder, Grey's Anatomy, Scandal, recap, TV