“Honestly, I think it was more a phenomenon of the political press and insiders. They like a horse race,” he said. “I think there was an effort by my opponent and he was helped by some of the press in making it look like it was closer than it was.”

According to polls, the closest Mr. Cahill came to Mr. Schneiderman was in September, when the Republican trailed the incumbent by 16 points and political observers widely believed he would sail to re-election. At that time, however, surveys showed Mr. Cuomo and Mr. DiNapoli both crushing their challengers by 29 points.

Mr. Schneiderman described the re-election process as tough but worth it.

“It was a good campaign. It’s a grueling process, but it’s always a great experience. You get to talk to thousands of people all over the state,” he said. “There’s something about this electoral democracy stuff that actually forces you to get out, talk to people and ask for their votes. It’s really a wonderful, wonderful process.” 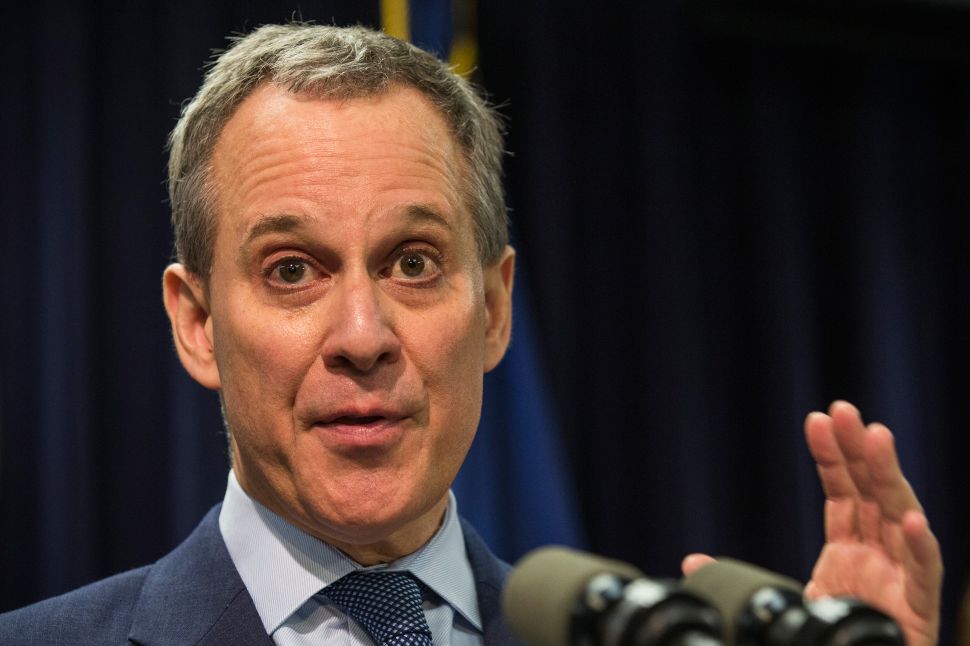