More than 94,000 people have applied for February’s city Sanitation Department exam, whose registration deadline was last Friday. This is the highest number of applicants since 1993, when 101,000 people applied to be garbage collectors and snowplow drivers.

“We have long felt that Sanitation workers have one of the best jobs in the city, and we are thrilled so many people took the opportunity to try and join the ranks,” Sanitation Commissioner Kathryn Garcia told the Daily News.

Jobs in the Sanitation Department are highly sought after because of the competitive pay–the starting salary is $33,746, more than rehab counselors and radio/TV announcers. The pay increases to $69,339 after five-and-a-half years. The job also requires only a high school diploma.

Applicants have to pass several tests to show they’re up to snuff. The Sanitation Department only hires about 500 new workers a year to accommodate attrition, so all applicants must pass the written test, a physical fitness test, a medical exam and have a driver’s license. 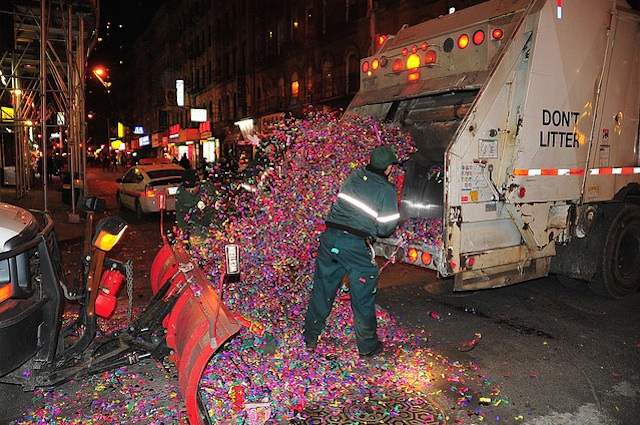