It hardly comes as news that schools chancellor, Carmen Fariña, and other standpatters in the Department of Education are skeptical of reformers in the charter school movement. Even so, Ms. Fariña’s recent criticism of charters was noteworthy for two reasons: It was grossly unfair, and she offered no evidence to support a rather serious charge.

Last week, the chancellor accused charter schools of weeding out poor-performing students just before they are scheduled to take state competency tests. By doing so, the schools can get rid of students who might bring down overall test scores. Call it intellectual cleansing.

“There shouldn’t be a whole movement out of charters the month before the test,” the chancellor said. She conceded that the practice doesn’t happen in every charter school. But, she insisted, “It happens in some places.”

Such as? Ms. Fariña didn’t name names, which suggests that she either is making it up as she goes along, or that she doesn’t want to embarrass individual charter schools. The latter scenario is highly unlikely, so that leaves us with the former.

James Merriman, who heads the New York City Charter School Center, rightly demanded that the chancellor offer evidence to support her accusation. He noted that she has “access to enrollment and discharge data, and now has an obligation to release such data not just for every charter school but for every district school as well.” A well played point. If this practice of intellectual cleansing does exist—and shame on all concerned if it does—then let’s see which schools engage in the practice, regardless of whether they are charters or traditional district schools.

Mr. Merriman rightly called Ms. Fariña’s accusation a “smear.” While the chancellor appeared to backtrack in later comments, she owes parents an outright apology. Her remarks went far beyond the standard criticisms of charter schools. She suggested that charters were abandoning children and bending the rules in order to improve test scores.

The charter school movement has become enmeshed in the broader, de Blasio-era narrative of billionaires vs. the rest of us. Because many civic-minded hedge-fund managers and other successful executives support the charter movement, critics suggest that charters are the first step toward privatization of public schools. The next step, of course, will be corporate-run schools, with the vultures of capitalism adding to their ill-gotten gains through their hostile takeover of the nation’s classrooms.

Charter schools can handle that sort of demagogic criticism. But remarks like Ms. Fariña’s are far more damaging, because they come from a responsible public official who presumably has the facts to support her charges.

The chancellor’s criticism was out of bounds. She should apologize. 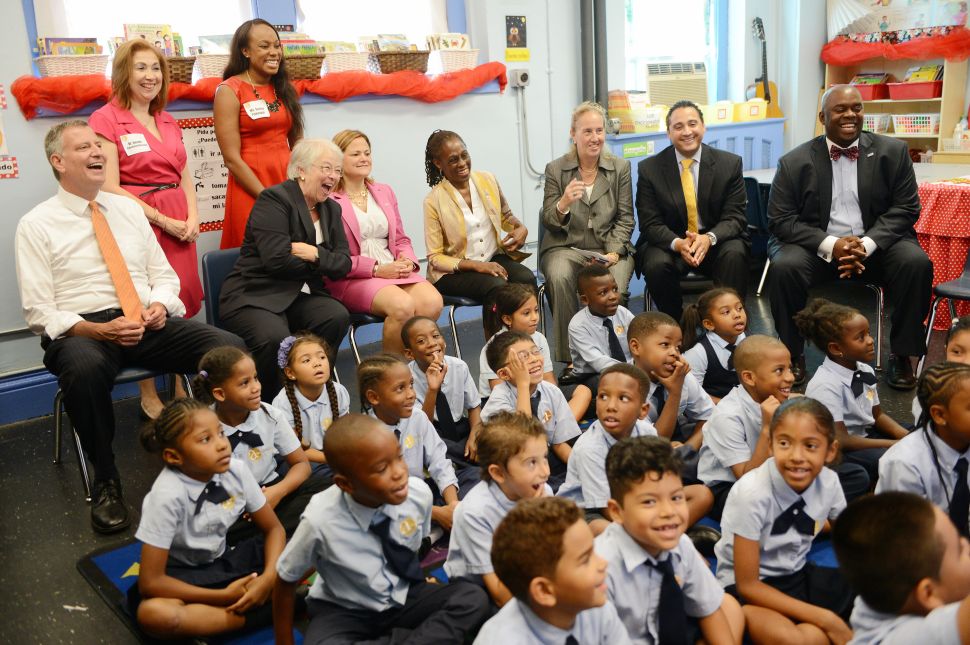