The longest-serving woman in Congress when she announced her retirement in 2002 after 11 terms (from 1981 to 2003), Ms. Roukema died at Christian Health Care Center in Wyckoff, according to a report today in The Bergen Record.

A moderate Republican who served in the 7th and 5th districts, Ms. Roukema was the last New Jersey woman to serve in Congress. Born in Newark, Roukema graduated from Montclair State College and hailed from Ridgewood.

“Today we mourn the passing of Congresswoman Marge Roukema who succumbed to Alzheimer’s disease, the same devastating disease that my mother suffered,” said U.S. Sen. Bob Menendez (D-NJ), who served with Ms. Roukema in the U.S. House of Representatives.

“My thoughts and prayers are with her family and friends. Congresswoman Roukema was a consensus-builder who reached across the aisle as a moderate Republican and was the longest serving woman in the House when she left office,’ the senator added. “She helped spearhead landmark family leave legislation, and went against the grain of the rising conservative tide in her party.  She leaves a legacy of bipartisanship and a reputation for getting things done for the people of New Jersey.  She will be missed.”

Ms. Roukema’s centrist views left an impression on friends and colleagues in both parties.

“She was well beyond her time,” said Assemblywoman Holly Schepisi (R-39), who interned for the congresswoman in the 1980s. “She was moderate on the social issues for a Republican. She had gay men working for her in her office. It was a total non-issue for her. As a female Republican who was raised a Republican from New Jersey, she really embodied the philosophical leanings of a lot of people who are moderate Republicans – and she had a great independent streak.”

Schepisi described Ms. Roukema as her first big influence in getting her to pursue a career in public service.

“It was really her independent thinking,” Schepisi said. “She was a perfect example of what big tent principles from the Republican Party should be about.”

Ms. Roukema got involved in politics as a school board member, and worked her way up to a congressional run.

“We got along great,” state Sen. Gerald Cardinale (R-39). “She worked very hard to get that seat. [Predecessor Andrew] McGuire was sort of a creation of Watergate; a Democrat who won in a Republican area and because of Watergate managed to get in. He won three elections. Jimmy Sheehan ran against him and couldn’t beat him. Then Marge ran against him and lost. Then she ran again and won.”

“What’s fascinating to me is the number of people in political circles who interned for her,” Schepisi said. “I know she was very close to Governor Kean and really was an ally of his for quite a while, too. She really had a willingness to work within her party and across the aisle. From what I recall, she was firm and somewhat reserved. She kept a tight office but it was an office that worked well. People enjoyed working for her.”

“She served for a very long time,” Cardinale said. “She made quite an impact. She had great constituent services over there in her offices in Ridgewood. She was sort of an independent and feisty person. She didn’t go with with the flow. She was much more moderate than I am.”

After keeping movement conservative (and future Congressman) Scott Garrett at bay in the 1998 and 2000 Republican Primary elections, Ms. Roukema did not pursue re-election in 2002.

She held off endorsing until less than a week before Republican Primary Election Day, when she backed Cardinale. But Dave Russo and Cardinale split the Bergen vote, enabling Garrett to get in.

“She did an endorsement of me five or six days from the primary,” Cardinale recalled. “Russo was already picking up the centrist Republican vote. I was picking up the conservative vote of western Bergen County. In a three-way race, Garrett came in first, followed by Russo.”

Garrett issued a statement today after learning of the death of his 5th District predecessor.

“I am very saddened to learn of the passing of Marge Roukema,” said the congressman. “I have always respected her commitment to serving the people of New Jersey.  My thoughts and prayers are with Marge’s family and friends at this time.”

“Congresswoman Marge Roukema was a standard bearer for many in New Jersey and across the country, as a legislator and as a woman of honor and distinction,” Watson Coleman added. “A former teacher, Rep. Roukema blazed a trail of common sense in a political climate oftentimes more concerned with partisan outcomes than with real results.”

“It is with deep sadness that I learned of the passing of my good friend, Congresswoman Marge Roukema,” Pascrell said. “A tireless advocate on behalf of workers and education, Marge was not afraid to reach across the aisle to do what’s best for all Americans.

“This is an example of the type of bipartisan leadership we could use today,’ he added. “Marge believed in a fiscally conservative budget that did not hurt the working poor or middle class, and was very outspoken on human rights both here at home and abroad. I was also proud to work with Marge on legislation that would protect our nation’s colleges from the threat of deadly fires, along with promoting Italian American culture.  New Jersey truly lost a great leader who leaves behind a tremendous legacy. It was an honor to serve with Marge, and my thoughts and prayers go out to her family during this difficult time.”

“Marge Roukema embodied the very best in public service, including a willingness to reach across the political aisle to get things done,” the mayor said. “She made Ridgewood proud. She made our country a better place.”
See the late congresswoman salute the community of Allendale in 1999 at around the 3:30 mark here. 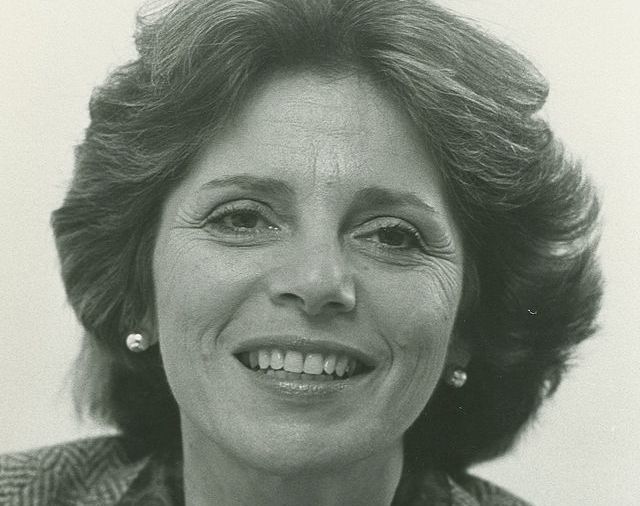