The least we can do is help them get where they’re going.

That was the message from Councilman Vincent Gentile this morning on the City Hall steps, where he called on Congress to allow states — like New York — to open up their H.O.V. lanes to disabled veterans.

“All these veterans use the V.A. hospitals, but they’re not always around the corner,” Mr. Gentile said.

H.O.V. lanes — that stands for high-occupancy vehicles — are designed to promote car-pooling in an effort to reduce traffic and emissions. But Mr. Gentile said they could also help disabled veterans, whom he noted are  small segment of New York’s population, get to and from medical appointments and other errands more quickly.

And Vietnam veteran Ron Galluccio, who said he’s had 18 major surgeries and is due for two more, said being allowed to use the carpool lane would make a big difference.

“I’ve been stuck in traffic to where I’ve been spasming, and at one point I was given a summons for following an emergency vehicle too closely, which I was guilty of, but I was trying to get out of that mess because I couldn’t sit there any longer,” he said, adding the ticket came on his way home from a painful doctor’s appointment.

But New York cannot move on its own to allow the veterans access to the H.O.V. lanes — Mr. Gentile said that had been attempted in California, but the effort was pulled back after the federal government threatened to pull highway funding.

So Mr. Gentile will introduce a resolution this week asking Congress to change the law, either with a bill or administratively, to allow states to open up the lanes to veterans.

“We have to overcome the hurdle of the threatening of the loss of federal money if we try to do this for our veterans. Our resolution is the first step in taking the road to making sure that we can do this down the road for our veterans,” Mr. Gentile said. “So hopefully next year at this time we will be standing here talking about passing a bill that will change the rules.”

Mr. Gentile said he expected support from members of the city’s Congressional delegation. The bill also has backing from Councilman Eric Ulrich, a Queens Republican who chairs the veterans committee — and missed the press conference because he was, perhaps fittingly, stuck in traffic. 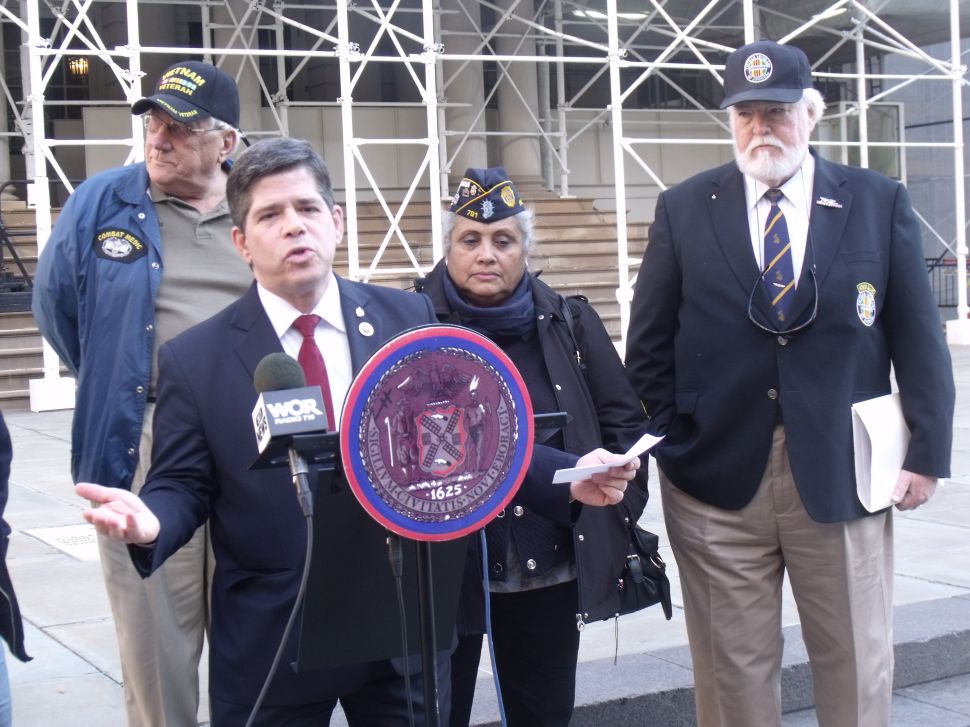