TOMS RIVER – Ocean County Republican Chairman George Gilmore says Republican businessman Tom MacArthur is “well on his way to a very nice victory” if turnout in this half of the district is any indication.

With just two hours to go before polls close, Gilmore said turnout has been steady across the county, with widespread support for MacArthur in his third congressional district race against  Democrat Aimee Belgard. Precincts reporting the biggest turnout include towns like Stafford and Lacey Township, he said, both of which are heavy in registered Republicans.

Other than that, “turnout has been heavy in some towns, not so heavy in others, but across the board, not bad,” he said.

“We’ll have to wait and see how the whole thing turns out,” he added.

Also on the ticket is Joe Vicari, the Republican incumbent on the county freeholder board looking to deflect a challenge by Democratic hopeful Tim Ryan. Vicari — who’s been the target of pointed attacks from the Democrat, ranging from accusations of criminal misconduct during his time on the freeholder board to rumors of FBI investigations — was the center of Republicans’ attention at their annual OCGOP rally last night.

Gilmore said that race will likely “be closer than anything in recent memory.” though he expects Vicari to ultimately pull through.

Joe Andl, chairman of the Burlington County Democratic Committee, reported that “everything is running smoothly” in that half of the district, where Belgard is hoping to drive big numbers to offset MacArthur’s edge here. 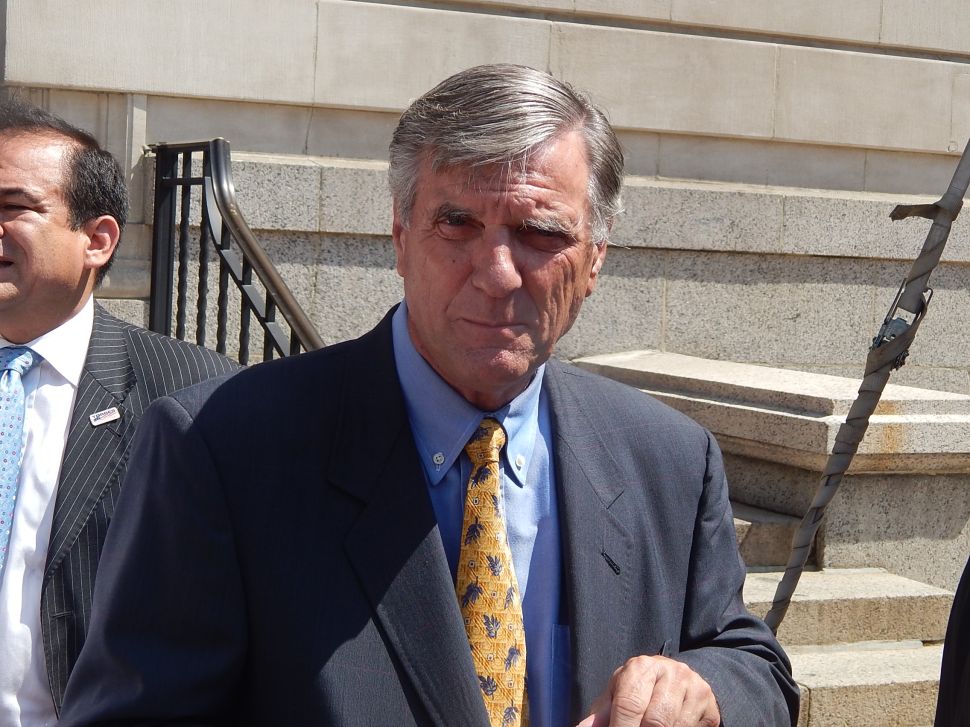