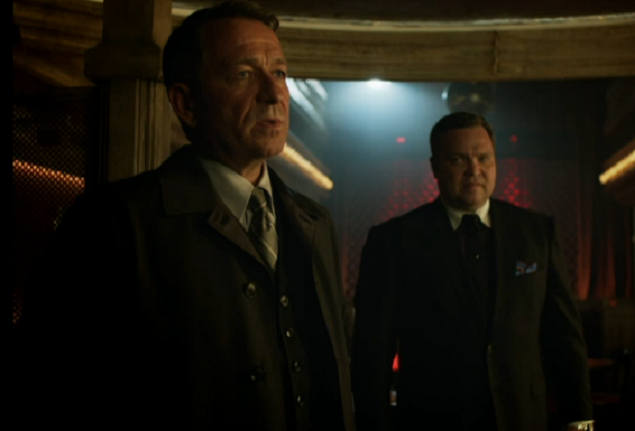 No show 180’s quite like Gotham 180’s. Last week I was up in arms because, well, because I’m just not that into watching a twelve year old Catwoman throw a donut at a prepubescent Batman’s forehead. Call me jaded. But just when I think Gotham couldn’t get any dumber than that, it goes and totally redeems itself. First of all:

Alfred for MVP! Alfred. For. MVP!

Sean Pertwee’s cane-wielding, assassin-ass-kicking Alfred stole this episode, and I’m not just saying that because we’re bros that get casual cups of coffee Early on in this episode, after the world’s most inept assassins (more on them later) besiege Wayne Manor, little Bruce Wayne says to Selina Kyle, “Alfred might be hurt. I can’t leave him.” Cut to Alfred definitely not hurt and definitely not needing the help of a twelve-year old boy, because he is too busy launching trained killers around and dueling with a cane he happened to pick up.

To find Bruce, Alfred forms a dynamic duo with the other most entertaining character on this show, Harvey Bullock, which is the spinoff this world deserves but apparently not the one it needs right now. This includes a good-butler bad-cop routine that sees Alfred dropping like $200 on a street thief while Harvey threatens to beat him with a sack of quarters. Quality, high-brow television, people. Finally, it’s once again Alfred that gains the most important information, something that apparently no detective in all of Gotham City can ever do, just by charming the wig right off of Fish Mooney’s head (but only after dismantling her bodyguard, Butch.)

As for the adventures of Young Bat & Cat, well it wasn’t nearly as rage-inducing as it was last week. At the very least Selina Kyle didn’t end every single sentence addressed to Bruce with the word “kid.” At the very best, it was actually really…right? Like, right for the characters these two become eventually. I enjoy the fact that Selina just can’t get rid of Bruce, even though there is no conceivable reason why she wouldn’t. Although, I really could’ve done without crazy little Ivy Pepper being into Bruce, too. Listen, Gotham, I’m finally starting to accept this twelve year old love story, I don’t need twelve year old love triangles.

(An aside: How crazy would it have been if when Bruce jumped between buildings he missed the ledge and just fell to his death? Like, where does the show go from there?)

(An aside to the aside: The actress Camren Bicondova has gotten better as Selina as the weeks go on, but something about the way she said “No, don’t, you won’t make it,” she sounded like Bruce not making it was literally the least interesting thing in the world.)

It’s funny how little this episode actually cared about people like Jim Gordon, or Harvey Dent. Harvey Dent, actually, only showed up to reveal he done messed up by leaking Jim and Selina’s names to the type of people who obviously react by hiring trained killers to kill people. Jim gets the big mid-season cliff-hanger after he get’s reassigned as a…security guard?…at Arkham Asylum. That’s a cool story for January, but felt flat now because of how Jim reacted to the whole thing. “Welp, it’s been fun Harvey, but this be the breaks.” Um, you have a completely different job now. This isn’t a demotion this is a complete reboot of your life. At least Barbara was still somewhere off-screen, presumably in a room with a fireplace.

As always, let’s run down every reference, fact, and nugget of Bat-history brought up in episode ten,“Lovecraft.” 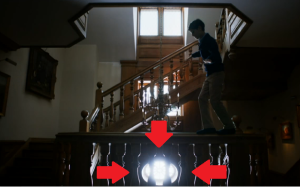 What’s up with those assassins that can’t catch twelve year old children? 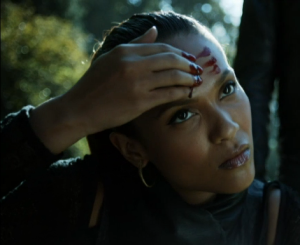 I’ll get to their ineptitude in a minute, but let’s figure out who they are. The credits list the female lead as Copperhead, which is in fact a character from the comics. Unfortunately, 99% of the time that character is a half-snake monster or at the very least wears a big snake costume. Oh, and that character’s also a dude. Only the Copperhead from the video game Batman: Arkham Origins is a woman, so let’s go with that.

But seriously, who wasted their money on these people? Selina and Bruce might be future superheroes but they have tiny twelve-year-old legs! Catch them! If you really think about it, the only person these people killed that they were hired to kill was a businessman that was hiding in his bath tub. And apparently they have morals about killing people that aren’t on the “contract.” Unless, of course, that person is an unnamed gardener. Then they’re allowed to choke that person to death and use his blood as makeup.

Honestly, I’m just mad because I wanted the episode to end with one of the assassins helping Bruce Wayne off the floor and saying “Hey, you’re pretty alright kid. You should come train with us. You know, us, THE LEAGUE OF SHADOWS.” And then, I don’t know, Liam Neeson comes out or something. 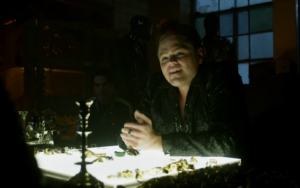 Hey, who exactly is that Ivy Pepper girl, with her leaf-green fashion sense and all that?

Well we talked about Harvey Dent being Two-Face so we might as well talk about this creepy little orphan being Poison Ivy. Although I have no idea why this show decided to change her name from Pamela Isley to Ivy Pepper. Maybe they were afraid we wouldn’t get it. Note to Gotham: WE GET IT. 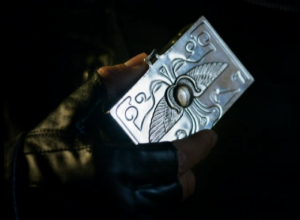 I…don’t know. I’m not exaggerating when I say this recap got up later than usual because I was sitting here forever trying to think of what that symbol is. Maybe it’s nothing, but the show made a whole hullabaloo about the fact that Selina kept this heirloom and then they gave it a nice, long, meaningful close-up. Maybe it’s Birds of Prey related, what with the wings and all that? Truly though, I am stumped. Please, if you have any idea feel free to let me know. My productivity and sanity depend on it.

See you all in January! 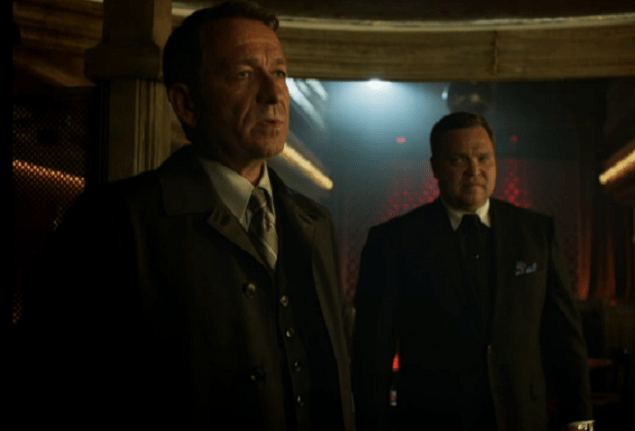