After some of the laziest writing I’ve ever seen not only on this show but any show ever, Gotham had its best episode so far this season. If that doesn’t make sense, let me explain.

Last week’s episode ended with Oswald “Don’t Call Me Penguin” Cobblepot waltzing into the GCPD, revealing that not only is he alive, but Jim Gordon is innocent of murder. Okay, good stuff. But then, then, this week begins with Oswald strutting down the street like he owns the place. Robin Lord Taylor’s smug villain face and two cronies set to trumpet music was great, but, um, what happened between last week and now? Did Oswald show up to the GCPD just to say “Whatup y’all Penguin’s back” and then…nothing? He awkwardly turned around and walked back outside? And nobody was like “hey, wait?”

It is stuff like that, stuff that would require about 30 seconds to resolve, that makes me feel dumb sometimes for liking Gotham as much as I do. Because after that first hiccup, this episode was great. Everything actually felt like it was part of a larger, overarching story line, including the “villain of the week” Victor Zsasz (more on him in a sec). Even my three usual suspects — Barbara, Montoya and Allen — had roles to play. Montoya and Allen are finally joining a cause that has evidence to support it. And Barbara, well, Barbara gets captured (twice) but hey she was in the thick of it, man.

But really, I’m mostly glad that this episode was a huge step forward for Jim Gordon. You know, the least interesting character on this show who we’re supposed to care about the most? In “Penguin’s Umbrella,” his entire shtick wasn’t “I have to clean this place up, but I gotta’ do it by the books because honor or something.” No, this week it was “let’s grab some big ass machine guns and do something.” It’s good to see more than a firmly set jawline and righteous frustration from our main character (although, you best believe Ben McKenzie’s jawline was still firmly set for most of this.)

As always, let’s run down every reference, fact, and nugget of Bat-history brought up in episode seven,“Penguin’s Umbrella.”

What is the deal with Victor Zsasz?

First off, trust me it really is spelled that way. Second, on one hand I’m real excited to have Zsasz show up because he’s one of the coolest Batman villains of all time. Yes, he really does carve a little notch into himself every time he kills someone. He’s only at 28 in this episode, but the dude eventually looks like this.

However, having him show up in Gotham here and now makes the timeline a little wonky. You see, from his first appearance in 1992, Zsasz’ backstory always starts with him losing his own personal fortune betting at the Iceburg Lounge. That particular nightclub is owned and operated by the Penguin, who also cheats to win all of Zsasz’s money. In that timeline, the Penguin is far older, richer and has eaten about 10,000 more tuna fish sandwiches. In Gotham’s timeline he’s still young, awkward and walking in and out of police stations for no reason. Although, I’m also the one that said Gotham needs to mess with the Bat-stablishment to stay interesting, so I can’t judge too harshly.

Maybe I’m just biased. Victor Szasz is also a character in the video game Arkham City, where he calls Batman on a pay phone and tells him he’s going to knife someone unless you get there in time to stop him. I still remember sitting petrified in my dorm room having basically the most existential moment of my young life realizing I wasn’t going to make it in time and these virtual people are going to die. Because, well…drugs.

Any random members of the GCPD from the comic books make an appearance?

I’m glad you asked that incredibly specific question. Jim Gordon demands arrest warrants from a Detective Alvarez pretty early on in the episode. Yes Detective Alvarez is default cop name #27 from most cop shows, but there is a Detective Alvarez that made 19 appearances in Catwoman’s solo series from 2011. This poor bastard got demoted after committing the sin of “not being corrupt” in the Gotham City Police Department. He spent most of his time trying to catch Catwoman, which might be easier on Gotham because she’s a 13-year-old girl prone to committing robbery in broad daylight in front of police officers.

Does Tyrone House have a location in Yonkers AND Gotham? 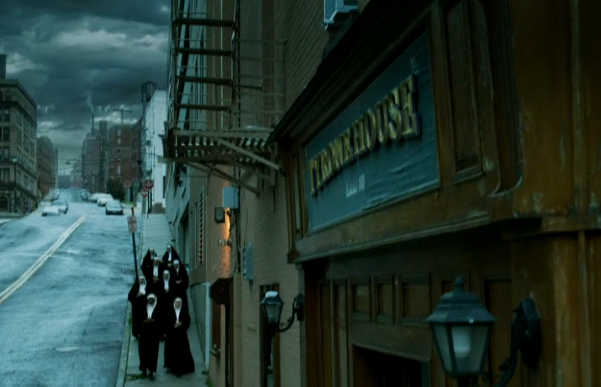 What was up with the “friend of Montoya and Allen” that patched Jim back to health in a room full of rats?

Honestly, it pains me to say it, I have no idea what’s going on with that. Like, they don’t just make frequent reference to all the rats without it meaning something, right? There’s been Ratboys and Ratcatchers and the like in Batman history, but that doesn’t really make sense here. Because I sort of have to offer something here, I think best bet is Gotham is alluding to Jim’s war on crime being festered with “rats” (i.e. Oswald Cobblepot) but ironically, it is this “rat” that ends up saving him in the end. Right? Right?! (Any ideas, please let me know.)

Really the only important reference and only question that needs answering this week — is Victor Zsasz’s ringtone Funky Town?

Oh yeah, it most definitely is. Victor might as well add another notch on his skin. 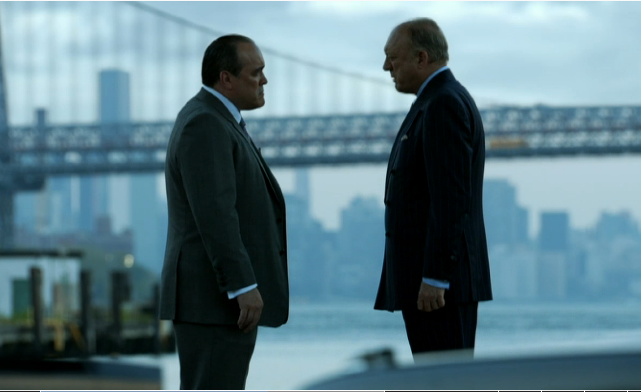