I’ve been looking for an opportunity to talk about Virginia Kull– who plays Beth Solano on FOX’s crime drama Gracepoint–for the ENTIRE season and since last night’s episode left us no closer to finding out who killed her son, twelve year old Danny Solano, now seems as good a time as any. Especially since her character is the only part of last night’s episode worth remembering.

**Spoiler Alert: For those who missed it, Tom is alive but he’s atypically paranoid about his computer, Caver passed out in the woods, and Beth is keeping the baby. There. I just saved you an hour of your life. You’re welcome.**

Last night’s episode may have been a bit dull–they’re clearly buying time until the big reveal in two weeks–but Ms. Kull proved yet again that she is a true show-stopper. Perhaps best known for her work on Broadway, she played Nan on Boardwalk Empire, and has appeared on Fox’s the Following, and CBS’s the Good Wife. Her performance on Gracepoint has been consistently captivating over the last eight weeks, as she seems to effortlessly transition between stomach turning moments of agonizing grief, to the often manic vim of betrayal when dealing with her husband’s affair with hotel manager Gemma Fisher. Her performances are always heavily layered and rich in a complicated blend of womanly confidence and girl-like vulnerability.

Of every character of the Gracepoint, Beth Solano has become the principle reason to tune in every week. And since it seems we really will have to wait until the finale of FOX’s mini series to find out WhoDunIt, let’s take a look back over some of Beth’s most memorable moments. 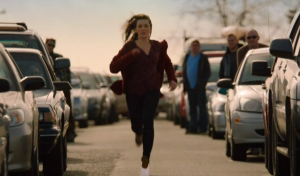 If you recall from the pilot recap, this scene originally irked me as it is an exact replica of the original British version, Broadchurch. Eight weeks ago, when the pilot first aired, I could not see past the duplication and wrote this moment off entirely. But now, after episodes upon episodes of dynamic plot twists, the scene where she runs through traffic to the scene of the crime now stands out in my mind as the haunting moment everything changed for Beth Solano. 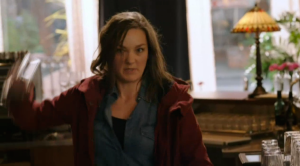 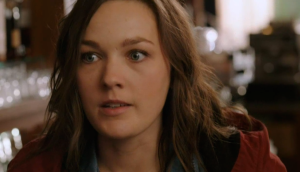 This was a deeply satisfying moment for Beth. After everything she’s been though–her son has been murdered, she’s pregnant with a baby she doesn’t want, her husband cheated on her THE NIGHT HER SON WAS KILLED–this was a well deserved temper tantrum. Evenloped in (let’s be honest, slightly misplaced) rage, she full on attacks her husband’s mistress Gemma Fisher. Bursting into the bar like a bat out of hell, slamming pint glasses to the ground–and a few directly at Gemma–and opening the beer taps allowing beer (that hi, Gemma’s struggling business really can’t afford to waste) to spill out on the counters and floor was only PART of why this scene was amazing. The best part was the bubbling-under-the-surface, cooly contained mania when she so epicly said: “Don’t say Danny’s name! Don’t you dare say his name!!!” The flared nostril rage spiral was, in a word, glorious. 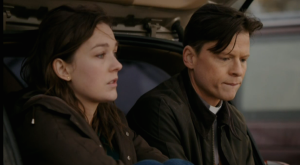 In the second episode, Beth revealed to Reverend Paul that she was pregnant with her third child. After having a total meltdown–minor in comparison to the one she would soon have with Gemma– in the grocery store parking lot, the two sat on her car and discussed the complete shit show that was her new reality. Her son was dead and that point she was unsure if her husband had something to do with it, and she was pregnant with a baby she didn’t want by a man she didn’t know if she wanted to be with it.

Author’s aside: Remember when I thought Reverend Paul was the one who killed Danny? This moment played a big part in that argument. He’s clearly still in love with her since she was his first love in high school, but like all great small town love stories, she fell for the the local plumber and they lived happily ever after. The scene could have been all about Beth, but by ignoring his obvious affection–as it seems she often does– she made this scene tragically sad for both of characters. 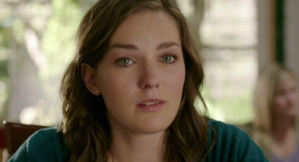 Still struggling to cope with her new reality–it’s literally like someone turned her world upside down like a snow globe, shook it, and then handed it back to her– Beth hoped meeting with a mother of another murder victim would give her hope. But after sitting with the woman who’s daughter Nina was recently killed in an unrelated case, she realized the woman before her had all but given up on life. Nina’s mother explained that life after the death of daughter was impossible and consisted only of sleeping pills and alcohol. In this memorable moment, Beth–who says nothing but damn near steals the scene–weeps in both recognition of the woman’s pain and a previously unseen hopefulness. A glimmer of strength gleams in her tear filled eyes and you know Beth is silently promising not to go down that road. Later in the episode she and her family have a somewhat normal day at the bowling alley, a simple but important scene that provided much needed bonding for the recently broken unit. And though I’m not certain, I’d be willing to bet this was also the moment Beth decided to keep the baby.

Oddly enough, the best part about Gracepoint is also the most maddening: its never-ending twists and turns. And though last night’s episode only revealed that much of what we knew to be true last week was yet another distraction, it seems we are not the only ones waiting on bated breath. In an interview with Good Day New York, Ms. Kull revealed even the cast is unaware of who killed Danny, despite having wrapped in May of this year.

There are a lot of reasons to watch Gracepoint—I’ve grown rather fond of playing arm-chair detective every week–but the best is perhaps the incredibly talented Virginia Kull. 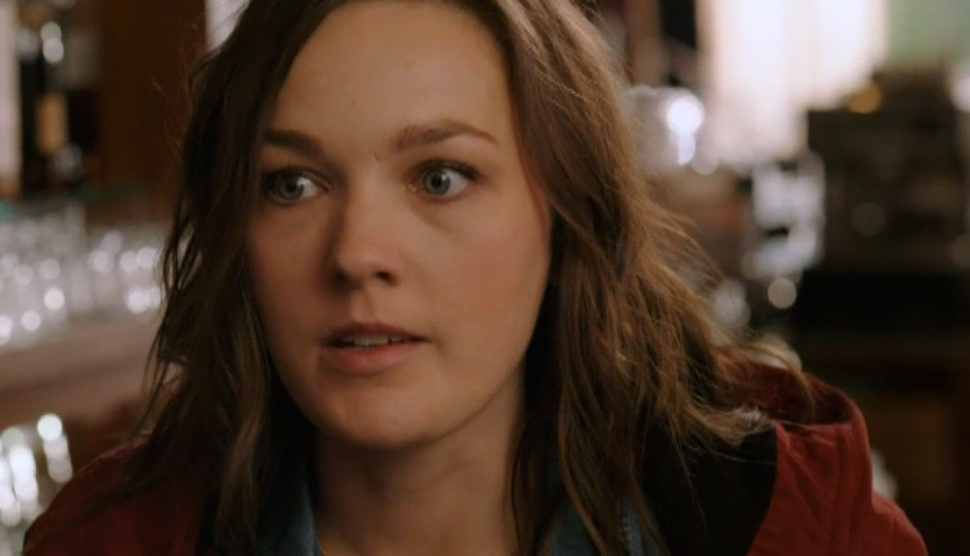