If you’ve been keeping up with my weekly detective game then you know I have been trying (in vain) to predict the plot of Gracepoint’s murder mystery. I know hearing about yet another crime drama centered on small-town murder evokes apprehensive groans and eye rolling (thanks, Twin Peaks) but I can assure you Gracepoint is different. You may recall that I was rather blasé after watching the first episode of this American adaptation, but after seven of the ten episodes that make up FOX’s mini series I am not only less blasé, I am full on addicted and determined to solve this utterly baffling case.

Most of this show is a slow burn of a murder mystery, punctuated with intense edge of your seat moments. And though the build up can, at times, be excruciately slow, all of the seemingly random subplots and bits of evidence are beginning to reveal a complex web of truly juicy television. Last week, I really dug for evidence to back my Sara-Is-Totally-The-Killer theory. I even went so far as to accuse the victim, twelve year old Danny, of being a drug dealer! And though I’m not entirely certain that isn’t the case, I now think it may have little do with his actual murder.

But this is what Gracepoint does best. Every episode is designed to point the finger at a different suspect but just when you think you’re picking up what they’re are laying down, the writers throw a curve ball shattering your newly developed, completely ill-founded belief that you “could totally be a detective.” Though none so disorienting as the sinker thrown last night: Tom Miller has disappeared. After a six episodes of focusing solely on Danny, another boy in the beach front town has gone missing.

What we know about Tom:

Author’s aside: Can we just talk about the dynamics of the Miller family for a moment? Ellie is a detective working long hours, while her husband is home with the kids, packing lunches, folding laundry, and picking the kids up from school. It’s a less than commonly seen dynamic–especially on television–but more than welcome in what is now the heel of 2014. What’s better is there is no absolutely mention of it. No attention drawn to the modern couple, it just is. Way to go, Gracepoint.

Most of last night’s episode revolved around Tom’s disappearance, which seemed at first like yet another one of the show’s now infamous distractions, but in fact provided insight into some of the suspects we may have too quickly etched off the list.

The first of whom is Vince. 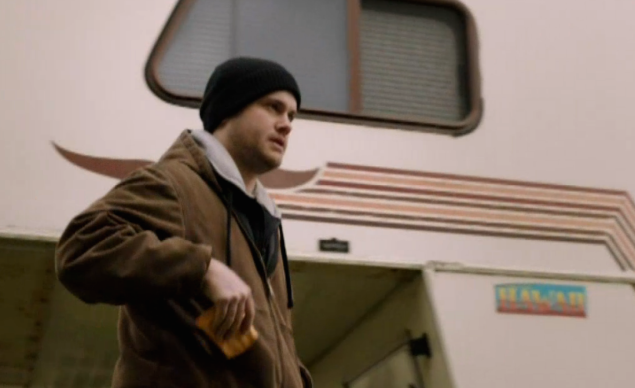 Vince is an easily riled but, until now, seemingly harmless young man working as a plumber with Mark Solano. A few episodes ago, we were made to believe that his relationship with Creepy Susan more about revealing how incredibly odd Susan was acting and less about any wrong doing on Vince’s part. In fact, I thought their relationship was a weird sort of cougar crush she had on him but now it seems she is stalking him to protect him. Pleading with him to talk to her about something she saw him do. He then proceeds to do a lot of things that instantly catapult him to the (near) top of my suspects list. 1. He offers her a lot of money to leave him alone (Where is he getting that kind of cash?) and 2. He LEGIT chokes the old woman, pushes her up against the side of her trailer (Oy, this show), and squints his eyes in a stereotypically serial killer way while saying something to the effect of “don’t mess with me.”

But remember, random acts of violence does not a child murderer make. A few episodes back Reverend Paul pulled the same move on the Telephone Guy Who Hears Voices, but that turned out to be a strategically placed roadblock by the writers to make us think he was guilty. I have all but completely removed the Reverend’s name from my list and similarly not jumping to conclusions about Vince just yet.

I have instead turned my focus to the Telephone Guy Who Hears Voices, who reappeared last night with yet another message from the other side, this time about Tom Miller. We first met him when he came to the Detective Miller and Carver with one of his messages from the recently deceased Danny Solano. After being completely disregarded by the detectives, he went straight to Beth. Though much of what he said has turned out to be correct –the murder occurred on a boat–Beth disregarded his warnings after learning he has been convicted of fraud in recent years. Undeterred, he returned last night to give Beth a message about Tom Miller–he said his whole name, and though subtle, I think this was supposed to be a clue. He has no reason to know who Tom is or that he’s missing unless 1) he abducted him or 2) really does hear messages from the “other side.”

But I’ve been down this road before, thinking I cleverly picked up a coyly placed red herring only to be shown the error of my assumption an episode later. Now I will proceed with caution, keeping an eye on the Telephone Guy without getting too excited just yet. After all, what is his motive? Why kill Danny? Or Tom–if he does, in fact, turn out to be dead? It could be that he’s out for Carver, which one reader suggested last week, but why? Carver doesn’t seem to recognize him or have any ties to the medium what so ever.

This week I am admittedly less sure that I’ve tied all the strings together into one neat You’re-Totes-The-Killer package. Perhaps I’ve learned that on Gracepoint, we will probably be kept guessing until the very end. And while that can be incredibly annoying on some shows, this mini series is laced with nuances and layers that set it apart from others like it.

I suggest ditching your weekend plans, binge watching Gracepoint, and joining in on the arm-chair-detective fun. Only three episodes to go! 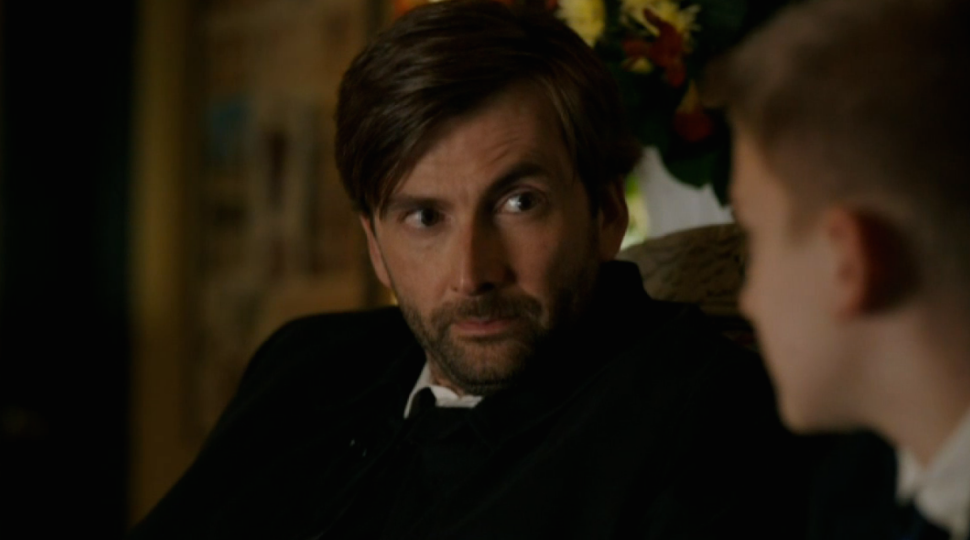