“Broadly speaking, the evidence before the grand jury revealed that there was systemic criminal conduct by several individuals and corporations in the construction industry, spanning at least a decade,” Mr. Vance told reporters today in his Manhattan office.

Minority and women-owned businesses are targeted for contracts from the city and state, particularly for construction work where they are historically underrepresented.  The state has a goal of awarded 30 percent of work on applicable contracts to MWBEs; the city’s goal is 37 percent.

But the grand jury report found that the contracting process, especially in construction, was rife with fraud — with contractors frequently claiming they had used MWBEs to perform work or provide materials, when in fact they had used businesses that were not owned by women or minorities. In other cases, contractors lied and said real MWBEs were doing the work — when the companies they listed did not have the capacity to do the work at issue. Yet another scheme involved simply passing billing documents through MWBEs to make it appear as though the work and money had gone to the businesses, when they had actually gone elsewhere.

Mr. Vance’s office said the fraud is more widespread than the $10 million the grand jury found was diverted in the limited cases it examined.

“Anecdotally, we know that there are clearly hundreds of millions of dollars that are being defrauded as part of these constructions projects through the MWBE program,” Executive Assistant District Attorney David Szuchman said. “In our view, it’s a major issue.”

Department of Investigation Commissioner Mark Peters said that in the last decade, there have been 30 arrests for MWBE fraud resulting in $110 million in fines and forfeitures.

The grand jury recommended several steps to tackle the problems. First, they proposed requiring agencies like the Metropolitan Transportation Authority or Port Authority to put out contracts to certify, under penalty of perjury, that the MWBEs on the job actually performed the work.

In addition to cracking down before violations occurs — including extra resources for the agencies that award contracts and certify that businesses are actually owned by women and minorities — the grand jury also proposed harsher penalties for those who do violate the laws.

One proposal would update the “Scheme to Defraud” law, which many violators are charged under, to bump up the crime to higher class felony. Currently, defrauding $10 million is treated the same under the law as defrauding $10,000, Mr. Vance said.

“In the white-collar area, there are a number of statutes that we have in the state system that are simply outdated in terms of their deterrent effect — and I think that this is one of them,” Mr. Vance said.

The grand jury also suggested boosting the existing criminal fines to lessen the incentive to cheat.

Mr. Vance rolled out the report alongside the inspectors general of two agencies that let out among the biggest construction contracts — the MTA and the Port Authority of New York and New Jersey.

MTA Inspector General Barry Kluger pointed out current penalties and procedures have not stemmed MWBE fraud, which “keeps going on.”

“It’s unfortunately like anything else where there’s a scheme. Where there’s more money — and you’re talking millions of dollars — you are gonna see a percentage of contractors and their partners take advantage …to be able to line their pockets,” he said. “And it’s unfortunate that despite the fact that many of these cases have been out there in the media…. the activity has not stopped.”

“Even with monitors at the Trade Center, you would think contractors would not commit any fraud — we’ve got lots of examples of that,” he said.

Maya Wiley, counsel to Mayor Bill de Blasio, said the contracts for women and minority owned businesses were a key priority for the administration.

“A pillar of his platform is to ensure that it’s a robust and successful program — and that means that the contracts actually have to go to the people who merit them,” she said.

The city must certify MWBEs before it will award them contracts, and that process involves ensuring that they’re actually owned by women or minorities, Ms. Wiley said. But whether those properly certified MWBEs are then listed incorrectly as doing the work is another story.

“One of the steps we take is to ensure that they’re legitimate MWBEs. The pass-through issue is a different issue — it’s not about whether they were certified, it’s about whether or not they’re doing the work,” she said. 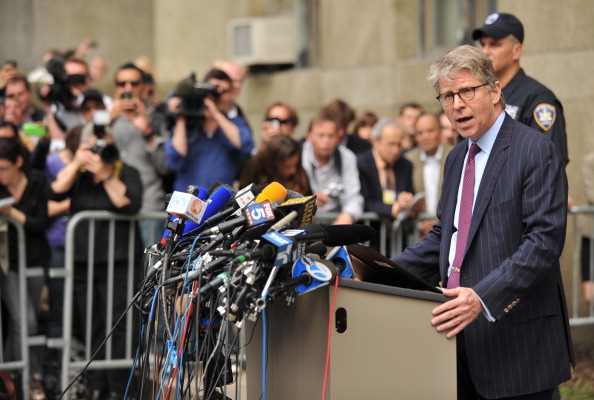