After numerous conversations and a threat of legal action from the GNOME Foundation, Groupon has finally decided to find a new name for the goofy-looking tablet-based platform for merchants it launched in May.

“Groupon has agreed to change its Gnome product name to resolve the GNOME Foundation’s concerns,” a joint announcement said. “Groupon is now abandoning all of its 28 pending trademark applications. The parties are working together on a mutually acceptable solution, a process that has already begun.”

Here’s how the drama started. Groupon’s tablet, designed to help merchants recognize Groupon customers and simplify the payment process, was originally called “Gnome.” The problem? that name already belonged to the GNOME Foundation — a group that makes free desktop software — and had been registered as a trademark by the Foundation since 2006.

In a blog post published yesterday, the GNOME Foundation said “it was almost inconceivable to [them] that Groupon, with over $2.5 billion in annual revenue, a full legal team and a huge engineering staff would not have heard of the GNOME project, found our trademark registration using a casual search, or even found our website.”

What’s more, the GNOME Foundation claims that it got in touch with Groupon about changing the name of its tablet, but the daily deals site was totally uncooperative. “Not only did Groupon refuse,” they wrote, “but it has now filed even more trademark applications (the full list of applications they filed can be found here, here and here).”

So the Foundation hatched a plan to crowdsource the $80,000 required to oppose the first 10 of Groupon’s 28 total trademark proceedings, and asked supporters to donate online.

“To use the GNOME name for a proprietary software product that is antithetical to the fundamental ideas of the GNOME community, the free software community and the GNU project is outrageous,” the Foundation wrote. “Please help us fight this huge company as they try to trade on our goodwill and hard earned reputation.”

Groupon, for its part, claimed in a blog post that it was willing to compromise with the GNOME Foundation:

Groupon is a strong and consistent supporter of the open source community, and our developers are active contributors to a number of open source projects. We’ve been communicating with the Foundation for months to try to come to a mutually satisfactory resolution, including alternative branding options, and we’re happy to continue those conversations. Our relationship with the open source community is more important to us than a product name. And if we can’t come up with a mutually acceptable solution, we’ll be glad to look for another name.

And in an update to the blog post, the company eventually conceded defeat:

After additional conversations with the open source community and the Gnome Foundation, we have decided to abandon our pending trademark applications for ‘Gnome.’ We will choose a new name for our product going forward.

The GNOME Foundation was predictably thrilled that Groupon chose to back down, and wrote in an additional blog post that they were “overwhelmed and reinvigorated by the support we received from everyone.”

“There is something amazing about free software – it’s ethical technology but it also creates a fantastic community of people who are willing to fight for what’s right,” they wrote. “It’s taken us a tremendous amount of time and effort to deal with this issue in the months leading up to our announcement and it will take us a little time to regroup. We’ll keep you posted as the matter resolves fully.” 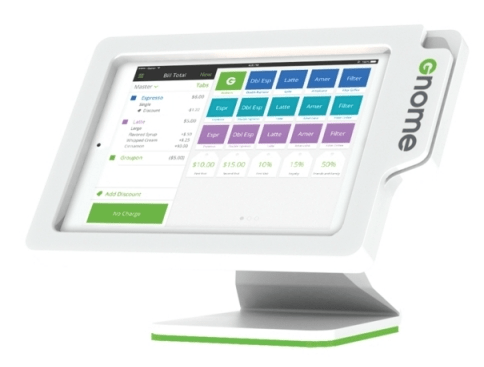