TOMS RIVER – Even though Republicans came away with big wins in places like Burlington County and South Jersey’s third and fourth congressional districts tonight, there was one contest where they were dealt a deeply painful blow: the executive’s race in Bergen County, where Republican incumbent Kathe Donovan fell to her Democratic challenger, first-term freeholder Jim Tedesco.

Shortly after hearing the news, Lt. Gov. Kim Guadagno, who appeared in Ocean County tonight to herald the election of Republican candidate Tom MacArthur in CD3, told PolitickerNJ that Tedesco’s upset was the single biggest surprise of this year’s election cycle.

“Yeah, what surprised me today was Bergen County,” Guadagno said as she left the TR Hotel where the OCGOP held their election night rally. “We all fought very hard for a long time to make sure the Kathe was returned to the executive office, and I’m sure she’s going to run again for another office, and I can’t wait to support her then. But it was a real disappointment.”

The race between Donovan and Tedesco was arguably the most closely watched contest in the state, with internal polling over the last month showing the Democratic challenger slowly chopping into the Republican’s lead. Guadagno herself actively campaigned for the incumbent in the final days of the campaign, while the GOP strove in vain to capitalize on voter backlash against Democratic President Barack Obama. But Tedesco ultimately benefited from the coattails of candidate’s like Cory Booker (D-NJ), who headed up the ticket.

Guadagno said she couldn’t immediately place Donovan in the party’s future, but said she’d support her wherever she decides to go from here. Both, notably, find themselves included alongside each other in far-flung predictions about future gubernatorial races.

“I don’t know. I’m going to talk to her. I haven’t had a chance to talk to her, I didn’t think tonight was the night to do that, but there is no doubt that one, it’s in her blood, and second, that she’s qualified incredibly well-qualified to serve the public, whether she was a Port Authority commissioner or a county executive for too many years to count,” Guadagno said. “So I have no doubt that there’s a bright future for her no matter what she decides to do.” 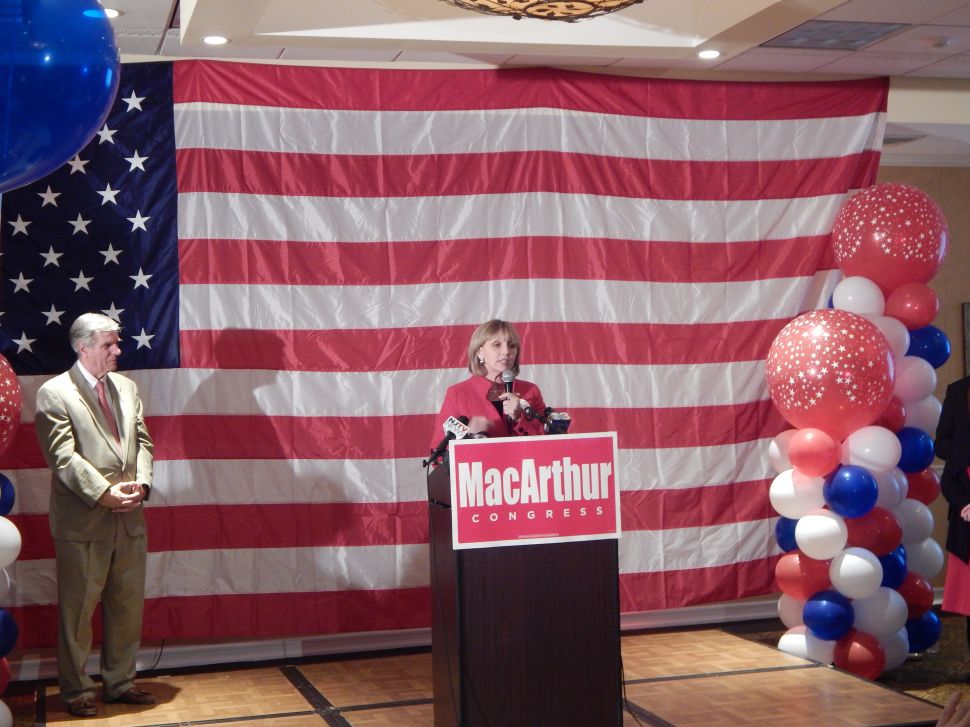