The future of the book publishing industry is starting to look more like the future of every other industry, at least when it comes to office design. Hachette has embraced the open-office plan and moved even its top executives into cubicles, reports The New York Times. The book publisher, which has been in the news a lot lately for its stand-off with Amazon, is the first publishing company in the city to entirely do away with private offices.

Of course, the utilitarian office layout is hardly new for many companies. But tech start-ups, newspapers, advertising agencies and even city government are different. They aren’t book publishing:

“Few industries seem as uniquely ill suited to the concept. The process of acquiring, editing and publishing books is rife with moments requiring privacy and quiet concentration. There are the sensitive negotiations with agents; the wooing of prospective authors; the poring over of manuscripts. Quite apart from the practical concerns, there are atmospheric ones. The quintessential editor’s office—crammed full of books, with a comfortable reading chair or two, and maybe an Oriental rug—is intended to set a tone as much as anything.”

After all, editors, especially those still accustomed to the atmospheric perks of publishing, don’t think of themselves as the kind of people who work in cubicles:

“The notion of cookie-cutter cubicles is especially anathema to a certain breed of editors who see themselves more as men and women of letters than they do as businesspeople. ‘It’s a world of words that we’re working towards, not an intellectual sweatshop,’ said Jonathan Galassi, president and publisher of Farrar, Straus & Giroux and an opponent of open-plan offices.”

So why is the genteel world of publishing, where editors are supposed to look like they are in a Woody Allen movie or a New Yorker cartoon, adopting the sleek, impersonal cubicle layout? Duh. Money. Cubicles save money. And publishers need to save money in these trying times. “But with their profit margins being squeezed by Amazon and electronic books, publishers are facing a different reality, one in which private offices may be a luxury that are not worth paying for,” the articles explains (these are hardly the only financial threats to the industry, but O.K.).

Hachette CEO Michael Pietsch tried his best to sound excited about downsizing from a corner office with a large living room area to a new window cube. “I hated that corner office,” he assured the Times. “It was just incredibly isolating.”

See, traditionally, book editors have used their bookshelves as trophy cases, to impress visitors by displaying the literary titles they have published (usually less prominently displayed are the mass market titles and celebrity memoirs). Hachette has conference rooms where books can still be strategically displayed. To make the open office look less impersonal, the publishing company has something called a “Community Wall,” where employees can put up pictures of themselves or their pets.

The best work-around to try to make publishing people feel more comfortable with the latest cost-saving measure, though, is that Hachette is piping in “pink noise” (pink noise is like white noise, but better) through overhead speakers.

The sounds may successfully drown out the sighs of an editor flipping through the first draft of a manuscript or the beeps of an editorial assistant making photocopies. But all the pink noise in the world can’t disguise the fact that publishing isn’t what it used to be. 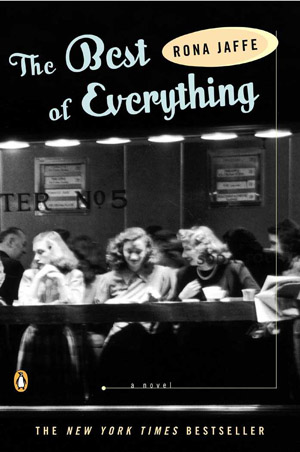