“The frustrations that we’ve seen,” said President Obama in a statement yesterday about recent events in Ferguson, Missouri, “are not just about a particular incident. They have deep roots in many communities of color who have a sense that our laws are not always being enforced uniformly or fairly. That may not be true everywhere, and it’s certainly not true for the vast majority of law enforcement officials, but that’s an impression that folks have and it’s not just made up. It’s rooted in realities that have existed in this country for a long time.”

The comments demonstrate the President’s keen understanding of the environment that has contributed to the demonstrations and frustration felt in Ferguson and elsewhere in the U.S. following a grand jury’s decision not to indict Darren Wilson. “Next week,” the President continued, “we’ll bring together state and local officials, and law enforcement, and community leaders and faith leaders to start identifying very specific steps that we can take to make sure that law enforcement is fair and is being applied equally to every person in this country.” That sentence should provide great succor to those who want to see few if any changes to the system that produced Darren Wilson and subsequent demonstrations.

Meanwhile, few aspirants hoping to succeed President Obama had much to say about Ferguson.

Most of the Republicans seeking their party’s nomination for the presidency in 2016 said little or nothing about the grand jury decision and the events that followed. This was wise and reflected a strategic environment in which Republicans no longer compete for African American votes. By saying anything at all, Republican candidates such as Ted Cruz, Marco Rubio or Bobby Jindal would only risk making a verbal gaffe that would hurt them with the white moderates they need to win in a general election. Somewhat predictably, the most visible Republican presidential candidate in the hours since the grand jury decision has been Rand Paul. Mr. Paul indicated that there is a need for reforms in the criminal justice system and that issues related to drug use and poverty should be addressed as well.

The voice most glaringly absent in recent days has been that of Hillary Clinton. Ms. Clinton the front-running non-candidate for the Democratic nomination for President has, in recent months, not been shy about offering opinions about Ukraine, Isis or President Obama’s various foreign policy foibles, but for some reason has not had very much to say about the grand jury’s decision or the demonstrations that followed that decision. This is a reflection of Ms. Clinton’s generally cautious political style, but also raises questions about Ms. Clinton and the Democratic Party itself.

African Americans are a huge part of the Democratic Party base. It is extraordinary that the party’s second most visible leader does not see it necessary or helpful to speak out during a moment that is so important to so many African Americans. There are lots of things that can go wrong for a politician when she speaks out at during times like these, but taking risks defines leadership. 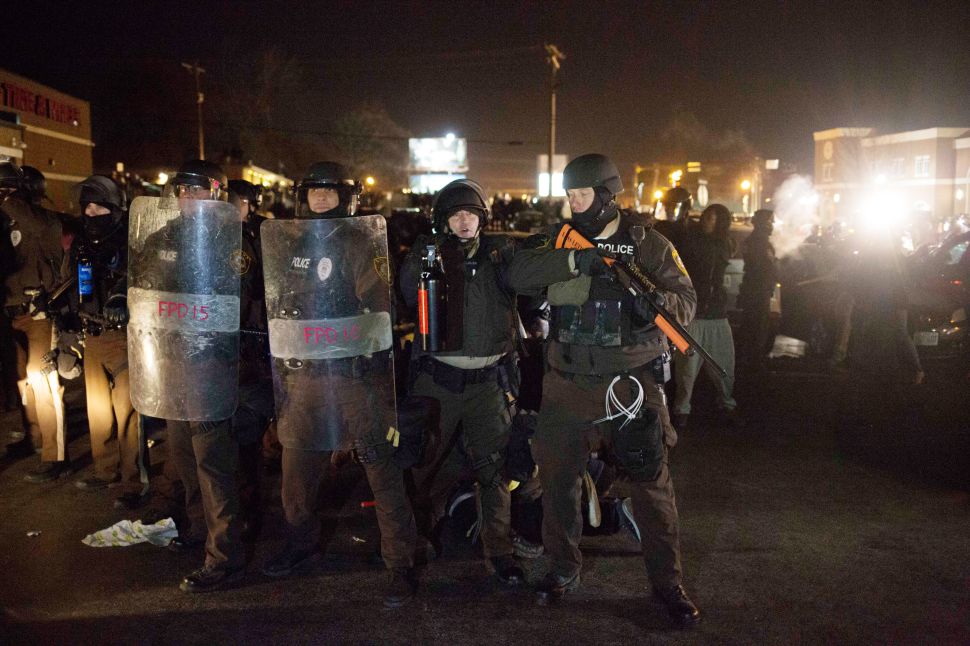