After a long and boring episode somebody finally gets shot.

It’s time I admit that the new Homeland is starting to really stink. I went into season 4 with a positive attitude. Episodes one through three were fun and exciting. They set up what appeared to be a compelling story. Episode four felt a bit slow but revealed a lot of info and five had some moments but was about 75-80% yawn. Now, with episode six the good faith has been tapped out. A show isn’t good if all it gives you is hope that next week is going to be awesome. This episode gave us 40 minutes of nothing to get to 5 minutes of real action and story. The logic has completely unraveled and even worse it’s boring. It’s fine for Quinn’s actions not make sense when he’s shooting somebody, but not while he’s eating a sandwich.

Aayan started out as interesting, complex character and became a whiney blabbermouth. This is a guy who stole medicine to aid his Taliban terrorist uncle. You’d think he’d be tougher. He always looks like he’s about to cry. He’s weepy and soft-spoken as he’s telling his college girlfriend Kiran about his new relationship with Carrie. Then he just spills his top secret plans and runs back to Carrie holding his head in his hands. Once you see Aayan relaxing in the sun at the end of his journey you all know he’s a goner. Hopefully we don’t have to deal with too many flashbacks of Aayan and Carrie doing crosswords in bed now that she realizes how much she loved him.

If the purpose of this episode was to make Redmond the most likable character at the embassy, then mission accomplished. Carrie’s reaction to Aayan’s death is ridiculous. Freaking out to the point that she’s willing to kill Saul to get Haissam Haqqani is not only illogical, it’s infuriating. Sure, Carrie is not always logical and a manic episode would help make this season more interesting, but I don’t buy that she would kill Saul to avenge Aayan’s death. Carrie spends most of the episode being cold and angry while lying to Aayan about his fake future. She has no problem risking Aayan’s life the whole time and she was more than ready to drone Haqqani at the start of the mission when it meant Aayan would be killed as well. Maybe she’s reliving Brody’s death. Why can’t Carrie forget Body the same way she forgets to Skype with her daughter?

Also, how is Quinn able to override Carrie’s orders? She’s the boss. I hope the guy who hesitated and didn’t drone Saul and Haqqani got fired.

Dennis Boyd has become a full-on spy for the ISI Agent, Tasneem Qureshi. Why? I guess because his wife thinks he’s a loser. What better way to get back at your wife than treason? If you get sentenced to death, she’ll feel like a real jerk. Remember, Dennis was the guy feeding top-secret intel to Sandy who would then give it to Tasneem in return for location of high priority Taliban targets. It is a huge jump to go from that job to giving up personal details of a CIA agent and her informant. The show has Dennis Boyd’s character going back and forth between being a cartoonish idiot and super-spy as it suits the episode’s needs. His attempt to extract dirt on Carrie from Quinn is so bad it’s laughable. “Hey, I was just talking to Redmond about crazy-ass ball-breaking women…”  Later, he  fake-reads a newspaper in the embassy lobby to listen in on Carrie and successfully follows Fara undetected. Another annoyance is that Dennis is merely the husband of the Ambassador yet he walks around the embassy like he’s been given top CIA security clearance.

At least Quinn doesn’t fall into Dennis Boyd’s ridiculous trap. Also, his defiance of Carrie is the only reason Saul is still alive. But when it’s time to give the order to follow one of the three SUVs, one of which contains Haqqani, Quinn’s at a loss. While Quinn is busy restraining Carrie and calling her crazy nobody in that room thought they should keep track of which car Saul and/or Haqqani got into? How about follow one of them, any one of them? There’s no point of having a drone watching three Toyotas drive off in different directions. At least this episode wasn’t full of  Quinn-loves-Carrie hints. Maybe that’s done.

This episode completely wastes the tension of Saul’s kidnapping. We don’t see what’s happening to him and nobody knows even know that he’s missing until moments before Haissam Haqqani reveals him. Doesn’t look like Saul is going to be running the CIA as soon as I thought. It’s still going to happen though. Come season finale, I’m saying Lockheart gets the boot and Saul’s brought back in as a hero.

With Aayan dead and the team now aware that Saul’s in hands of the Taliban, there’s llittle room for next week to be another nothing episode. It’s also only the midpoint of the season so there’s still hope things will turn around. I am cautiously optimistic. 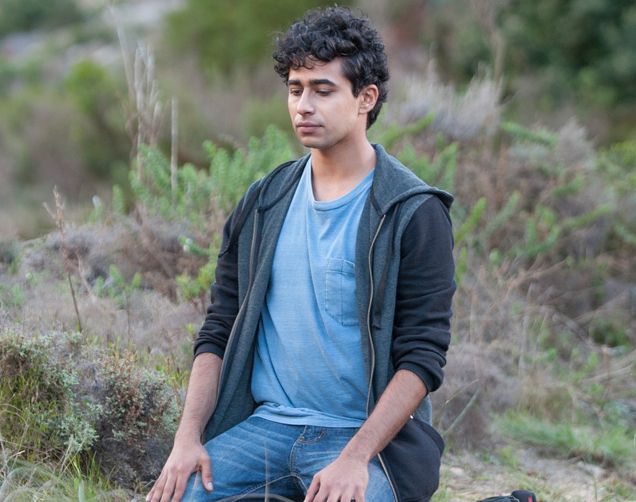