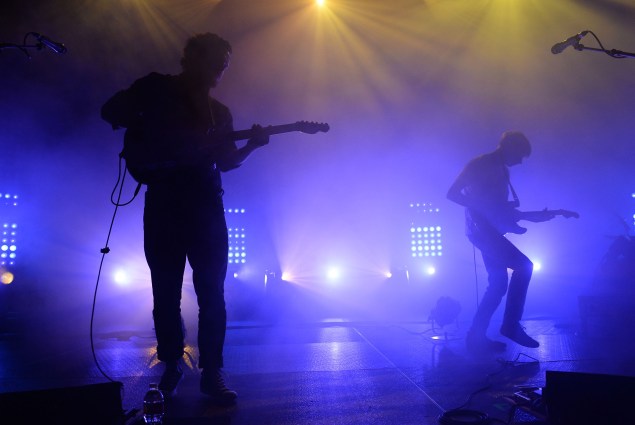 In a few hours Gus Unger-Hamilton has a meeting with the person who runs the alt-J fan club out of Denver. As the keyboardist for the indie rock band (though don’t label them; more on that later), Mr. Unger-Hamilton is looking forward to tending to his fans. “It’s just an average day, really, ” he jokes through his thick Englsh accent as he looks forward to his show that night at the mile high city’s Fillmore Auditorium. “Just a classic gig.”

The members of alt-J have experienced countless classic gigs since the release of their critically-acclaimed debut album An Awesome Wave in 2012. It became the talk of the alternative scene and earned the band a rabid cult following purely because (or in spite of) the fact that it didn’t quite sound like anything else. “We do hear that a lot,” explains Mr. Unger-Hamilton. “When we were first starting out, we thought that this was the kind of music that we found interesting and that we enjoyed listening to as much as we liked creating. There was no intention to be unique.”

It’s for that reason that Mr. Unger-Hamilton shies away from naming what kind of genre best encapsulates alt-J’s sound. “The need for labels in music … indie rock, pop … has kind of gone out the window now that you can summon up music at your fingertips, 24/7,” he explains. “There’s no need to convince someone to buy an album just from your description of it anymore.”

Whether or not the band aimed to set themselves apart, they did just that and the sound they stumbled upon sometimes comes across as more art project than rock and roll and it’s no wonder, considering the four members of alt-J, including guitarist and vocalist Joe Newman, first met at Leeds University where the bulk of them were studying Fine Art. (Mr. Unger-Hamilton, meanwhile, studied English.) “In the U.K., there’s a tradition for a lot of bands to go to art school,” he explains, most notably alluding to the Beatles. “Having gone through that was an important thing for us. Studying artistic subjects gives us a critical approach to what we do.”

Mr. Unger-Hamilton and his bandmates continued that approach when it came to recording their sophomore album This Is All Yours, which was officially released in September. (The band is currently on worldwide tour in support of it, including a stint at the Beacon Theater this Sunday.) “When we get to the studio, the songs are written—for the most part,” notes Mr. Unger-Hamilton of their creative process, which could sometimes include surfing Reddit. “One day, Joe sort of stumbled upon an article about this place called Nara (a city in Japan) on Reddit. We gave that name to a seven-minute song, but had to cut it up into three tracks since it was so big.” This despite the fact that the band has never even visited Nara and, according to Mr. Unger-Hamilton, alt-J “isn’t big in Japan at all.” (“Though,” he notes, “we’re working on that.”)

It seems alt-J has found success virtually everywhere else, however, including here in the States and in their native England where they’ve racked up a variety of accolades, such as the U.K.’s prestigious Mercury Prize for Album of the Year in 2012 (an honor that has also gone to the Arctic Monkeys and James Blake). As a result, the band continue to be, as Mr. Unger-Hamilton puts it, “a bit weird. People liked the fact we do things a little differently,” he explains while readying to leave the backstage of the Fillmore for that fan club meeting. “Right now we’re focusing on keeping our approach the same, which is to not trust anyone but ourselves and to not do anything that feels boring.” 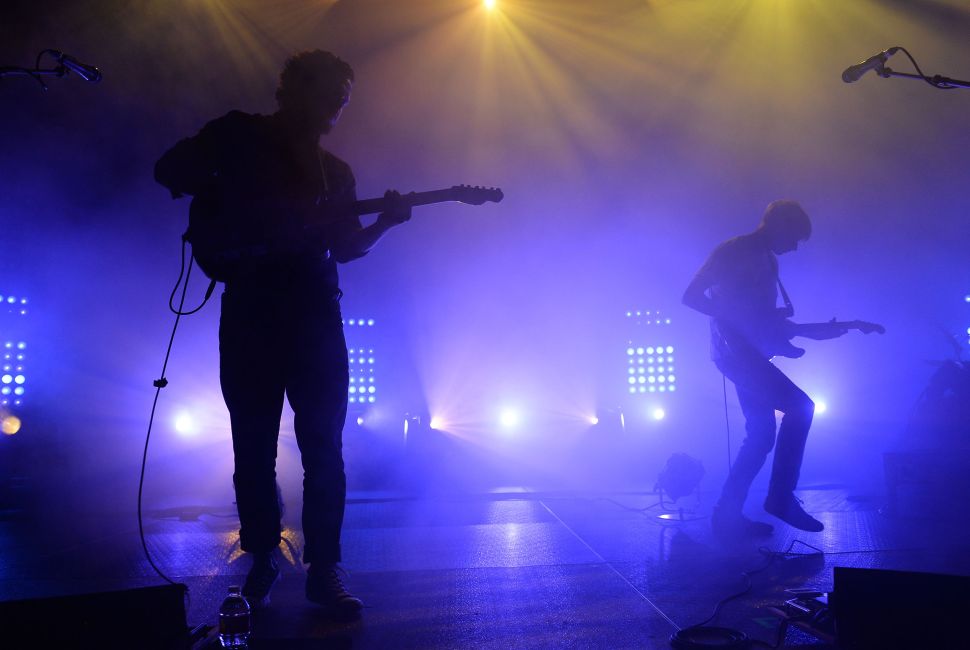