Sitting in a glassed-in conference room in Midtown, Joel Klein is intense and attentive, soft-spoken in the manner of a man who is long accustomed to being heard. In his latest incarnation, Mr. Klein heads up Amplify, a Rupert Murdoch-backed initiative to sell education technology and data-tracking tools in a tablet. Despite the start-up feel of Amplify’s reception room—blackboard walls graffitied in pastel chalk—the actual workspace is pure News Corp: silent, with stations in orderly rows and no chatter. Also, no skateboards or nap rooms: Tablet tech is serious business.

Until January 2010, Mr. Klein was the longest-serving schools chancellor in the postwar era, holding his post for more than eight years under Mayor Michael Bloomberg. The education czar’s impact was so profound that his protégées have now seeded market-based, and often highly politicized, education reform agendas across the country; scores of principals and superintendents have been weaned on his philosophy. Now, with the benefit of three years’ hindsight, Mr. Klein, 68, has written Lessons of Hope: How to Fix Our Schools, out this month from HarperCollins (yet another News Corp subsidiary!). The man has his synergy down.

Mr. Klein’s memoir formalizes his two-pronged reform theory: First, he criticizes teachers, demanding a smaller, better-paid and higher-quality workforce. Then he pivots to his signature slamming of unions (Mr. Klein’s stance on organized labor is striking given that his father belonged to a postal union, and that the Queens-born author himself represented workers as a young lawyer). But Joel Klein is a public construct that contains multitudes.

Both as entrepreneur and author, Mr. Klein is riding the wave of private-market-driven, data- and technology-informed education reform, a crusade that surfaced on the horizon under Mr. Bloomberg and is now cresting, with Mr. Klein its poster boy, as Amplify’s CEO.

The News Corp synergies were long in the works. In the fall of 2010, just after announcing its plan to hire Mr. Klein, Mr. Murdoch’s conglomerate purchased a majority stake in the Brooklyn-based start-up Wireless Generation for about $360 million. The company had been under contract with the Department of Education to provide an early version of Amplify’s tablet, among other things, and the contract continued, while Mr. Klein immediately recused himself from dealings between News Corp and Wireless, according to news reports. (To Mr. Klein’s credit, the savvy, valedictory pitch for Amplify comes at the end of his memoir.)

A self-described champion of the people—“a fighter who’s unafraid to take on big interests”—Mr. Klein now earns millions at News Corp as an executive and Murdoch consigliere (he was frequently seen at the great man’s elbow during the 2011 News of the World phone-hacking hearings in London).

Mr. Klein had developed a remarkable scorecard before he joined the Bloomberg administration. As an appellate lawyer in the 1980s and early 1990s, he won 9 of the 11 cases he argued before the U.S. Supreme Court. A stint in the Clinton administration followed. As an antitrust lawyer at the U.S. Department of Justice, he nearly single-handedly took down the Microsoft monopoly—“Joel the Giant-killer,” The Guardian nicknamed him. Yet years later, befitting a man whose go-to karaoke tune is  “Will You Still Love Me Tomorrow?,” Mr. Klein persuaded Bill Gates to donate more than $50 million to help fund many new, small high schools (which replaced large and beloved, albeit frequently failing, dinosaurs). Joel Klein in the autumn of 2014 is seasoned and circumspect, at ease in an open-necked shirt the color of truffles and a pudding-soft leather jacket. His News Corp bio describes him as “an education visionary.” Nothing in Mr. Klein’s studiously modest aspect suggests he objects.

When the Observer asked Mr. Klein if he thinks Mayor Bill de Blasio’s administration might undo his reforms, he demurred: “I’m not one who looks back after I’ve left an organization.” And yet his book is one long look back at his chancellorship, validating the culture of disruption that he cheerfully admits was his mission. 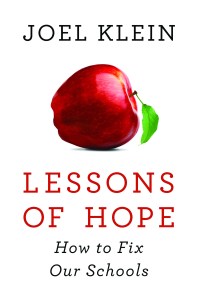 Readers of his memoir will find few details on high-profile imbroglios, like the delayed, budget-bloated data-management system that was a centerpiece of the administration’s reforms. Mr. Klein, whose prose is agile, levels sharp, personal (and occasionally mean-spirited) barbs at prominent opponents like education historian Diane Ravitch and the leaders of the United Federation of Teachers.

Asked about the critique his book advances regarding Ms. Ravitch, the outspoken and occasionally combustible education historian and public gadfly—in which he asserts that his rejection of her life-partner’s principal-training program gave rise to her “bitter and personal” criticism—Mr. Klein again demurs: “Only Diane knows.” But not so long ago, the guns were out: Ms. Ravitch “knows nothing,” Mr. Klein once said. “She’s never educated anyone.” That the newly appointed chancellor himself needed a waiver from New York State, because he lacked the proper academic qualifications for the job, handily goes unmentioned.

A precision strategist, Mr. Klein sought to outwit his opponents—firing 50 principals in one go, he writes, is something “we could do without the union’s agreement.” To thwart the UFT, he writes that he “had to find areas where the union didn’t have the legal authority to block us.”

But Mr. Klein is sensitive, too. He bristles at the media’s oft-repeated contention that he was the patron saint of a “billionaire boys’ club,” dispensing education reform dollars and advice from 30,000 feet. Even as he objects to the epithet, he nevertheless brags in his book, “I wanted [the billionaires] on our side.” He describes talks throughout his tenure “with some of the city’s most powerful and wealthy people … set up as dinner parties or receptions … in apartments overlooking Central Park.” Mr. Klein welcomed the consultants and philanthropists, “drawing help and financial backing from wealthy and powerful figures whose children did not tend to be students in public schools.”

He sold the big-picture benefits to a sector that lacked a personal stake: “Wealthier people would benefit [from better schools] through lower taxes: safe, functional cities do not require such big investments in prisons.” The fear-factor here chafes against the public speech of a man who habitually championed equity for all. But the difference doesn’t bother Mr. Klein. “We would rely extensively and gratefully on funders” like the Gates, Broad and Walton foundations, he writes, “as we moved our initiatives forward.”

The pace of reform during Mr. Klein’s tenure in city government was relentless. “I came with the sense that we wanted to create major disruptive change,” he told the Observer. “In some respects we succeeded; some, we didn’t.”

Parents, teachers and school administrators often reeled as the changes rolled out. More than 100 schools were closed by the DOE. Districts were demolished (6,000 “patronage appointees” were cut, Mr. Klein writes). Regions were created then scrapped. Principals got autonomy—in return for strict accountability and potentially harsh consequences. High school enrollment was reinvented and centralized (“I can’t let schools do their own admissions!” an exasperated Mr. Klein told the Observer). From the start, high schools were closed without public notice, until the renewal of mayoral control (and an inconvenient lawsuit) forced hearings and educational impact statements. Mr. Klein candidly describes how the backlash caught the DOE off guard.

One ongoing battle was Messrs. Bloomberg and Klein’s promotion of charter schools, which forced co-location in public school buildings, prompting fierce and bitter opposition and pitting community members against each other. Co-locations remain a thorny issue, and Mr. Klein seems mildly regretful. “I could’ve done a better job,” he writes of the battle, which, he acknowledges, is ongoing. “But I needed space. I wish I could do this without turning one group against another.”

Mr. Klein dreamed that the city would become a “Silicon Valley for charter schools,” and aimed to open 50 new charters. So the DOE created the Center for Charter Excellence—with $40 million in private money. But a pesky obstacle loomed: “We needed to change state law,” he said.

That could happen only with the right kind of backing. “Philanthropic and business interests raised millions to support the mobilization effort, run ads and hire lobbyists,” Mr. Klein writes. “We prevailed.” (Not that the UFT is far behind in the political clout tango; Mr. Klein’s account of the contract negotiations that preceded Mr. Bloomberg’s election to a second term is a case study for apprentice organizers.)

The charter push became a tug-of-war between education outsiders—in 2009, Mr. Klein’s cabinet of 16 included exactly two educators—and the public interest, with the battle played out in Harlem and the South Bronx. That communities of color welcome charters in many cases is a persistent fact that often got lost in the political theatre. Thousands of students are now being educated in the city’s charters; bout 50,000 more are wait-listed.

Hindsight seems to have given Mr. Klein new perspective. He’s now quick to acknowledge that the rising number of high school graduates doesn’t guarantee that graduates are ready for college.  In fact, most are not. This, Mr. Klein regrets. He says that sometimes, decisions were made, particularly regarding curriculum, without deep enough knowledge (here he pins the blame on his cabinet.)

Disruptive change doesn’t come free of fallout. “I wasn’t as focused as I should have been on communication,” Mr. Klein writes. “Our focus was on rapid change,” he told the Observer. “When you’re moving very quickly, you don’t focus on all you should—you sometimes drive the car too fast.”

And when you drive too fast, sometimes people get hurt.

An apocryphal tale: As a boy, Mr. Klein writes, he didn’t want to go to his zoned high school. (Most neighborhoods do not have zoned high schools these days, a signature Klein reform.) Instead, he preferred Bryant High School, where he could be with his friends from Woodside, Queens. At Bryant, a teacher took an interest in the budding technocrat and opened the intellectual doors that ultimately shaped his life. That’s a story with a happy ending, right?

Ironically, while young Joel got permission to attend the school he wanted, students today cannot. To be sure, the DOE grants medical and safety transfers, as well as travel transfers for one-way commutes in excess of 75 minutes. But transferring to a different school just to give a kid his choice—like the choice Mr. Klein himself requested and received—is off the table, now and possibly forever.

“The system doesn’t work that way,” Mr. Klein told the Observer. “You cannot have a choice system and then say to the kid, ‘You can transfer.’ It’s a choice system.” Equity is a work in progress, he says. “By definition, some kids get better choices.” 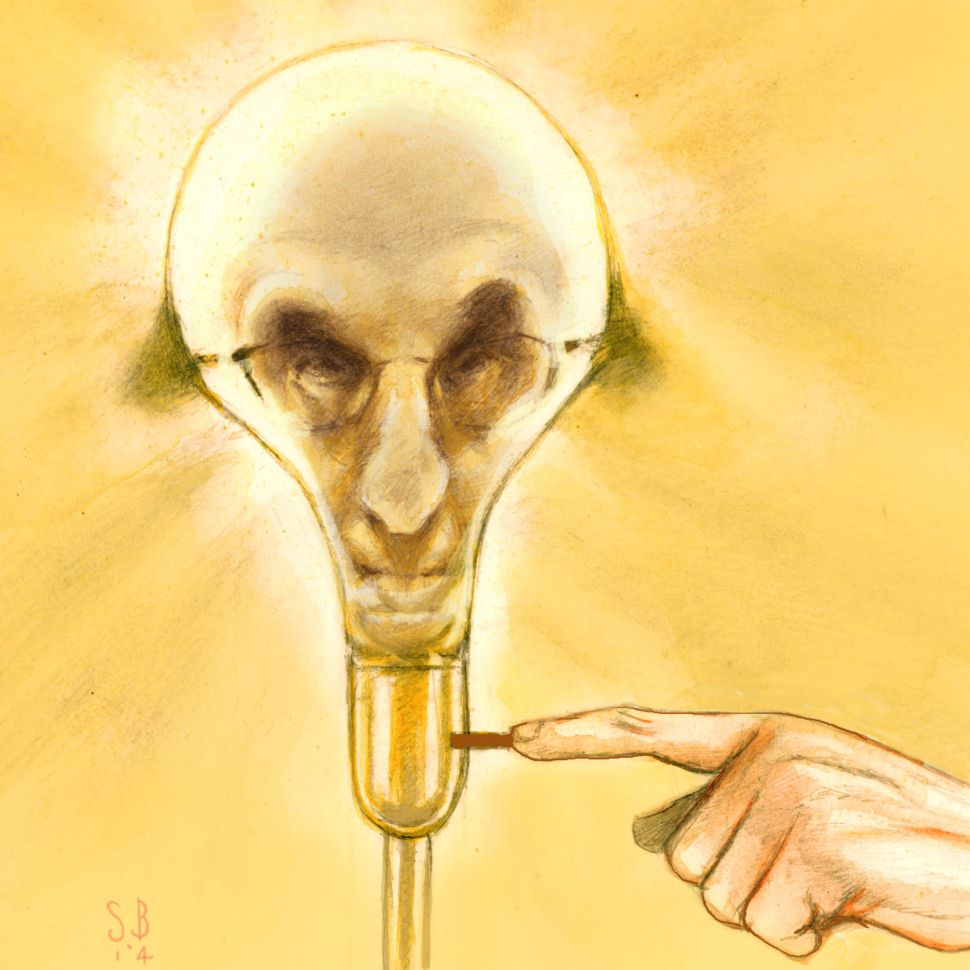