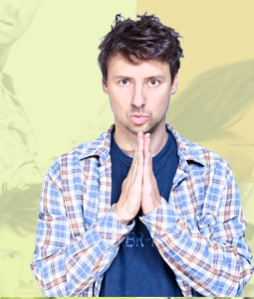 According to standup comedian, actor, and Inside Amy Schumer staff writer Kyle Dunnigan, when it comes to comedy YouTube is the new England. What does that even mean? Let us explain.

I spoke with Mr. Dunnigan in the lead up to his performance this Friday at New York’s Highline Ballroom, and inevitably the talk turned to television, as talk so often does these days. Mr. Dunnigan mentioned original British Office, which the US poached for itself after seeing the show’s success, as we so often do these days (cough). But these days, we don’t look across the pond for new(ish) ideas, we look to the internet.

“It’s like NBC with the idea for The Office, they never would have bought it. It was too different. It had to be a hit in another country first,” Mr. Dunnigan said. “And I think YouTube is taking over for that function. You can make your series online, and after it gains a large enough following a network will pull the trigger on it.”

“Comedy is still a great thing for someone that is a creative, but just doesn’t have those connections,” he continued.

Mr. Dunnigan would certainly know. He’s the prototypical modern comic — 28,000 subscribers on YouTube, 11,000 followers on Twitter and, yes, his very own podcast. Actually, it’s an extraordinarily popular podcast called Professor Blastoff put on with fellow comedian Tig Notaro, with topics ranging from science to the metaphysical. It’s podcasts, more so even than the almighty YouTube, is what Mr. Dunnigan sees as the future of “getting noticed” in the comedy scene.

“The podcast is, well, surprising. Because I sort of did that for fun. But now that’s what, in terms of standup, is my biggest draw,” Mr. Dunnigan said. “I’d say about 95 percent of people that come to see me are because of the podcast. I think part of it is, you’re in their ear. They have you on their iTunes or whatever, and when they go to work or school you’re right there in their head.”

And I can’t help but agree that podcasts, though not exactly new, are on the rise. Massive heavyweights aside (watup, Serial), it appears that everyone with a recorder has one for themselves. “There might actually be way too many right now, but I think that’s just the natural course of things. Most everybody I know has a podcast, and they can’t all be making money.”

But how does a show like Professor Blastoff, which premiered #1 on iTunes, separate itself from the clutter on the airwaves?

“If you don’t already have someone famous or well known on the podcast, you have to find a specific audience,” Mr. Dunnigan said. “Something that really hasn’t been captured yet. Having a successful podcast, I think, is defined by an audience that doesn’t think they’re being heard.”

Exhibit A of an audience who over the long years has struggled to be heard — women in comedy, a still present idea that luckily shows exactly like Inside Amy Schumer are helping to eradicate. Schumer is unique in the fact that it’s writers’ room is predominantly made up of women, including Mr. Dunnigan’s podcast-mate Tig Notaro.

Most importantly, though, this ratio of men to women doesn’t make any difference.

“The writers room is the best it’s been right now. There’s six girls and three guys. So in terms of someone saying something dumb like, ‘women in comedy can’t happen,’ that’s just not true,” Mr. Dunnigan said. “It’s kind of like, funny always wins out. If you write something funny, [gender] does not even matter.” 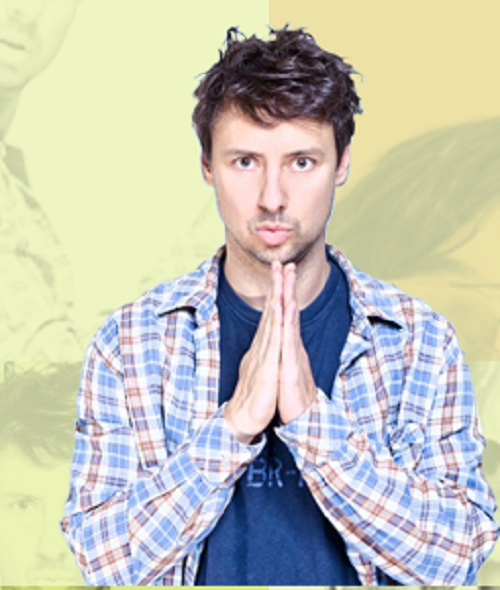