About a minute before this is published, Shane Dawson will be crowned the winner of the inaugural season of The Chair on Starz. That’s a fact. What it means for the state of the entertainment industry as a whole is an entirely different story.

The Chair’s premise is simple — two filmmakers develop separate movies based on the same script. While Shane’s film was near unamimously destroyed critically, with Chair producer and mentor Zachary Quinto taking his name off the project, his competitor Anna Martemucci’s film garnered critical praise. What must be taken into account is the 100 pound gorilla on the internet — Shane has over 3 million (mostly young) Twitter followers and 6 million Youtube subscribers. Anna, with just more than 3,000 followers on Twitter, has no such following.

Talking to Shane a day before The Chair’s finale, the director of Not Cool told me he thought his internet fanbase was a hindrance more than a benefit.

“A lot of the reviews really treated my movie differently than they would have treated any other teen comedy,” Mr. Dawson said. “It was like every review started off with “Youtube dumbass Shane Dawson…” It felt very much like, ‘Oh, you’re not even going to give the movie a chance.’

Mr, Quinto, who had strong opinions and criticism for Shane since The Chair began, disagrees.

“Well the outcome is no surprise to anybody. And my criticism of Shane really had no relation to the outcome of the voting,” Mr. Quinto told me. “I still think Anna made the better movie. But more people watched Shane’s movie with the mind of supporting it, because he has whatever million Youtube subscribers and a legion of fans.”

Throughout our conversation, however, Mr. Quinto reiterated that there was no personal negativity towards Mr. Dawson, and that his criticism was strictly creative.

“It’s all well and good that he won, congratulations to him, I’m glad that he now has a chance to deepen his experience as a filmmaker in the next foreseeable future because he has this money,” Mr, Quinto said. “But I hope he use the time to actually deepen his experience, and not just continue to step out into the world with little to no regard for differing opinions.”

It was Mr. Dawson’s apparent lack of collaboration, and inability to take criticism, that disturbed Mr. Quinto the most throughout the process.

“It was not the fact that I felt like I was troubled by the content of his films, that can change, it was his inflexibility, and his opposition to anybody who saw things differently than he or his fans. It was arrogance,” Mr Quinto said. “All the other stuff is a matter of taste, and that really can’t be accounted for, obviously there were a lot of people that responded to his film.”

I mentioned M. Quinto’s biggest criticism to Mr. Dawson, who in turn was flabbergasted. The winner of The Chair firmly believes collaboration wasn’t a problem, but a large part of his success.

“I think we were so incredibly collaborative. I worked with the original writer, I didn’t fire him or rewrite the script,” Mr. Dawson said. “I had all my producers in the room all the time we were casting. I had all the producers on set with me every day. The writer was on set everyday, which is unheard of in Hollywood to have the writer sitting next to the director.”

Mr. Dawson went on to tell me that it was Mr. Quinto and Mr. Quinto alone that wasn’t interested in working with the team of Not Cool.

“It’s a little embarrassing on his behalf, because he literally didn’t do anything,” Mr. Dawson said. “He didn’t return my emails, he didn’t show up, he had no interest in working with me. I don’t have any hatred or bitterness towards him — well maybe a little bitterness — but to say I didn’t collaborate just showed how out of touch he was with the making of my movie.”

“I think [Mr. Quinto] learned a lesson, too. He tried to produce two movies at once, and he couldn’t even do one,” Mr. Dawson continued.

Working together aside, what is known for sure is Mr. Quinto did in fact take his name as producer off of Mr. Dawson’s film, a move he did not make when it came to Ms. Martemucci’s finished product.

“I don’t harbor any resentment or ill feelings toward Shane for making the movie, or the fans for liking the movie,” Mr, Quinto told me. “I just don’t want to be a part of putting something like that out into the world.”

“I’ve worked hard to be a producer, and on some level I’m an arbiter of what I believe to be working my creative integrity and effort,” Mr Quinto went on. “It’s an interesting and unexplained turn that I find myself in this position — that I have to defend why I don’t support this movie.”

And despite it all, the fact does still remain that Mr. Dawson won the competition, despite the critical backlash. And after we got through the early and inevitable talk of negativity, my conversation with Mr. Dawson did eventually get to that much more positive outcome. At that point, I finally got a chance to hear the light-hearted Shane Dawson, the one who often dresses in drag on Youtube and not the Shane Dawson weathering a storm of criticism on the same social media that made his career. 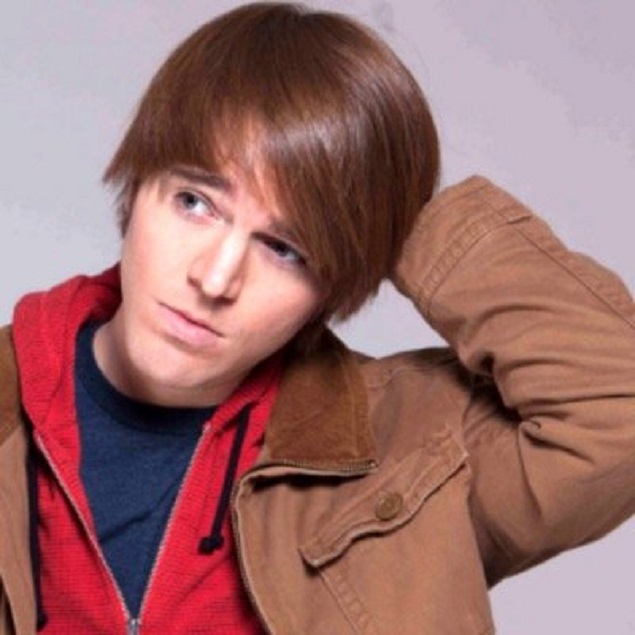