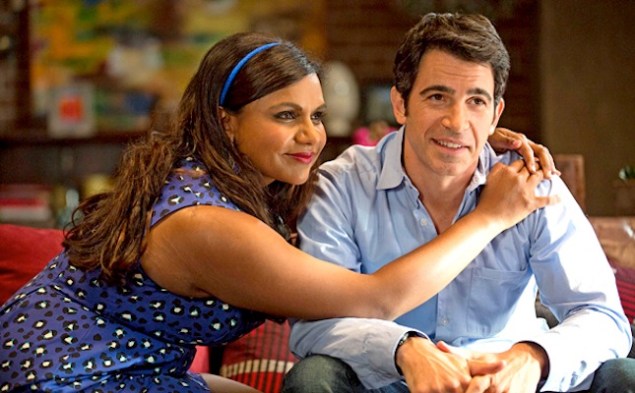 This doctor’s got a prescription for love. (Fox)

Two years ago when The Mindy Project first went on air, Vulture ran a piece presaging the sitcom’s devolution into a New Girl copycat. Then, the comparison seemed misguided; Mindy Lahiri is a minority OB/GYN whose blabbermouth shoves her into corners, whereas Jessica Day’s the naive (white) girl next door whose closet is covered in Anthropologie prints. The real Mindy studied playwriting at Dartmouth and has published two books. Zooey Deschanel is known more for her New Year’s Eve ballad with Joseph Gordon-Levitt than her 9 months at Northwestern.

Granted, there are similarities, too. Both actresses have a strong female lead game and can cater to the same audience. They identify as feminists but are sometimes criticized for demonstrating their beliefs in unconventional ways. Nevertheless, where New Girl tends to climb onto the evergreen bandwagon, The Mindy Project has always had verve. It’s not just about a woman living in a man’s world and peeking out from under an adorable Peter Pan collar.

Alas, against all odds, New York Mag had a point. Last year, also in its third season, Jess and Nick ventured into relationship land, and basic bitches everywhere mourned the quick corruption of their Tuesday entertainment. As Cece slipped out of the picture and sweetness replaced sass, Elizabeth Meriwether knew that the lovebirds had to fall out of their nest so the show could get back to what makes it golden: awkward, atypical friendships. Now, as it dives into its fourth go-around, New Girl is on point—it’s already tackled wedding wars, dating apps, and phone frenzies with graceful discomfort. There’s still a tension between Nick and Jess, but it’s discrete, the kind that we loved way back before their first swoon-worthy kiss in 2013.

As New Girl gets back its legs, Mindy’s the one with relationship syndrome. Everything’s about Danny—getting to know his mom, fulfilling his wet dreams. Throw that on top of Dr. Lahiri’s larger than life persona, and it’s too much. She becomes the Cathy Ames of primetime, lying and scheming to get what she wants. And even if some of her fibs to her S.O. were understandable (they’re not), the little things build up to make the script almost offensively stereotypical.

Mindy’s got some skin on her bones, so during foreplay, she bights Danny’s whipped-creamed appendage. Because, of course, a more voluptuous woman can’t control her cravings. Yes, she’s Indian, but she’s also a woman, and she can’t do her own taxes. Math, man. She evades tickets. How? “The way I get out of everything: lying and crying.” She’ll have the all-too-familiar convo about leaving junk at the boyfriend’s. Then, when he gives her a drawer, they’ll have sex. Obviously.

Meanwhile, Peter’s being a bro and Ike is Mindy’s self-proclaimed “bestie.” As for female supporting actresses, there’s the often out-of-it Beverly Janoszewski and Tamra, a nurse with a ’tude. Mindy herself doesn’t seem to have any gal pals–I guess BFF Anna Camp is officially out of the picture. When she says: “All I’ve wanted in my life is to abandon all my friends for a boyfriend,” we believe her. And when she does have a sec to chill, she does so with the boys.

Hopefully during The Mindy Project’s two-week break, Ms. Kaling has taken a few minutes to think about her star couple’s future. Right now, Mindy and Danny seem on their way to the altar. As soon as the wedding bells chime for them, it’ll be time to prep the casket for their show. Love is cute, but it gets old. Nowadays, it’s all about that breakup and the embarrassing encounters that follow. 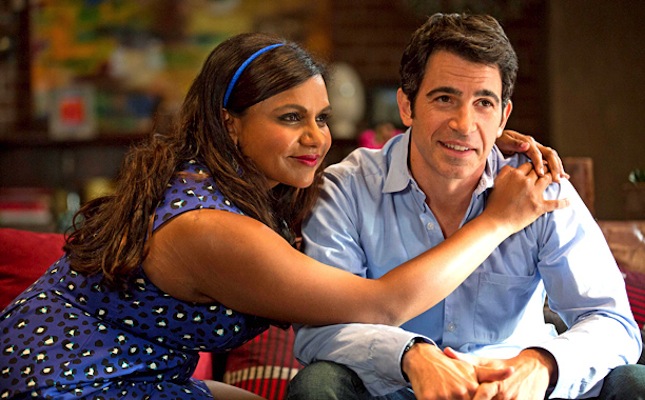