He delighted in the prospect of Mercer County Freeholder Sam Frisby entering the mix, which now only officially includes former West Windsor Councilman Kamal Khanna, who this weekend announced his intent to run.

“He’s doing his exploratory committee, and once he decides one way or the other — yeah, he was a great supporter of mine, and someone I consider a great friend. I think he would serve very well in the Assembly,” Jackson told PolitickerNJ, referring to Frisby.

Jackson, not six months into his term as chief executive of Mercer County’s second largest city, has a key ally in Frisby, who backed him for mayor earlier this year and told PolitickerNJ last week that he is forming an exploratory committee to evaluate a possible run in the district. Though he believes he will run, Frisby said he first wants to “test the temperature” of his constituents.

Frisby, who also serves as CEO of Trenton’s YMCA, said his impetus for running stems from wanting to increase the capital city’s representation on the county level — a goal Jackson has stressed during his own tenure.

“You have a city that for a while has not been as engaged in the democratic process as it should have been and needed to be. Trenton is a huge part of the voting bloc in LD 15,” Frisby told PolitickerNJ. “If we are going to begin to turn this city around, we’re going to have to make sure that we’re engaged politically, especially Democrats. This is about the ability to be heard. Trenton is waking up.”

But the endorsement — which Jackson hasn’t made officially — would seem to put him at odds with Mercer County’s own powerful executive, former freeholder and Democratic party leader Brian Hughes. Hughes has his own choice for the seat, yet-undecided Mercer County Democratic Chairwoman Liz Muoio, and told PolitickerNJ this morning he thinks she has the best chance to win if she runs.

Asked by PolitickerNJ who he might support in that race, Jackson spoke highly of both Frisby and Muoio, lauding the chairwoman as “bright” and “very capable” and noting the two maintain a “great relationship.” But he hinted his first choice would likely be Frisby.

“Hopefully Sam will do this, but, you know, we’ll see,” Jackson said. “If he ultimately doesn’t I think Liz is a great, great person.”

He later demolished speculation that the conflict of interest in LD15 has put strain on his relationship with Hughes, laughing off a comparison of that relationship to one between powerful Essex County Executive Joe DiVincenzo and newly-minted Newark Mayor Ras Baraka, which started off on rocky terms when DiVincenzo threw his support behind Baraka’s opponent, Shavar Jefferies, in the last days of the city’s recent mayoral race.

“Contrary to what people say, I think Brian has established early on that his colleague and friend Liz, he would love to see her get there,” Jackson said. “But he and I have an excellent working relationship. By intent and because of the nature of what we have to do with the county and the city, we’re together all the time, and what you see from us is real.” 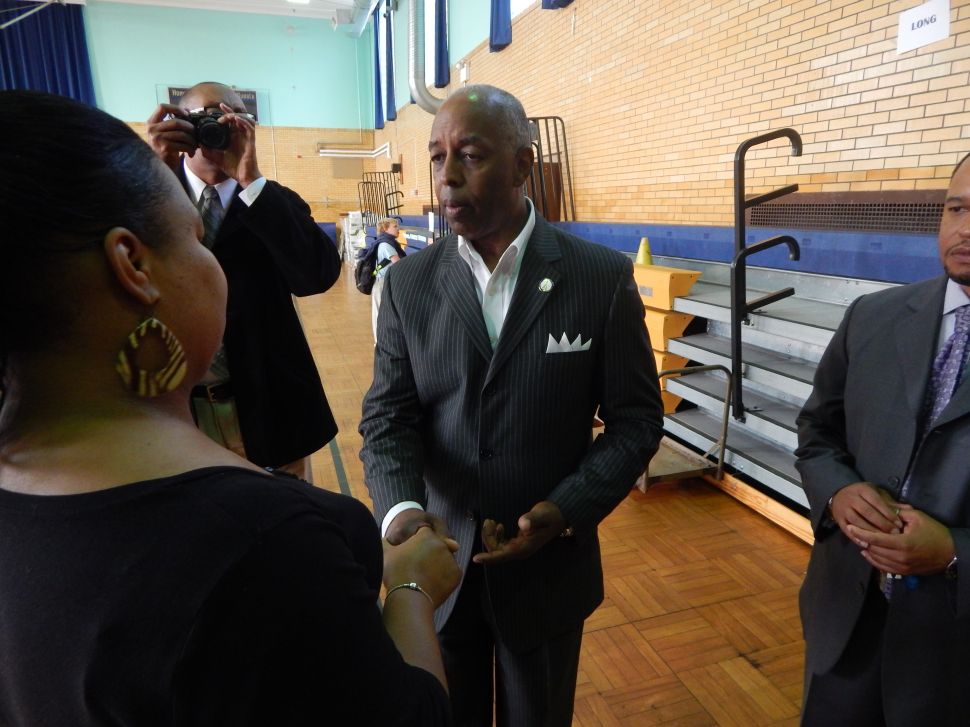