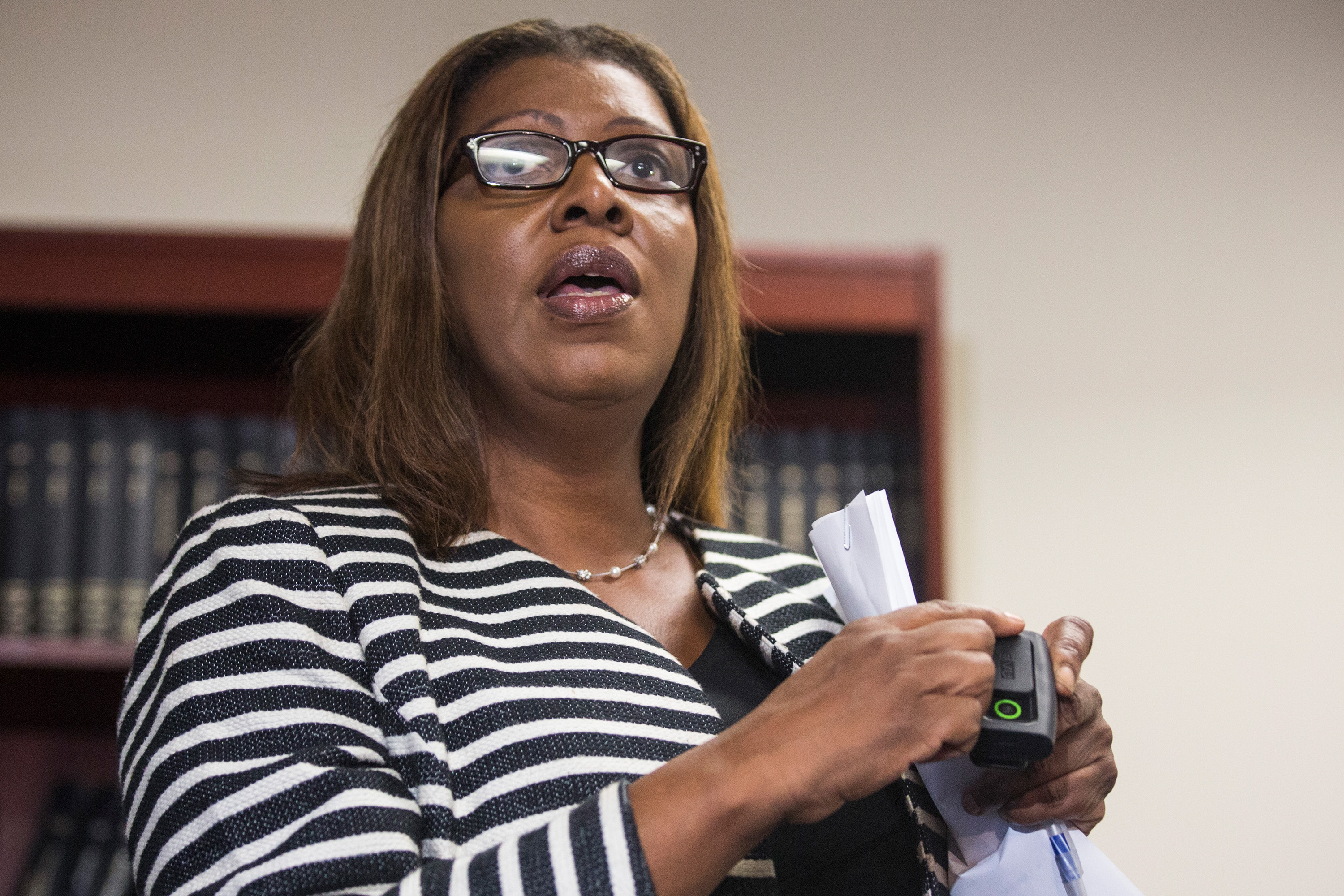 Ms. James, a fellow Democrat, accused current Commissioner Patricia Gatling of leading a “moribund” agency and asked the mayor for an “immediate appointment” of a new commissioner.

“New York City has some of the strongest anti-discrimination laws in the country.
Unfortunately, due to a moribund agency culture that results in lax enforcement the
citizens of this City do not fully benefit from these laws,” Ms. James wrote in a letter obtained by the Observer. “The undersigned are writing to request the immediate appointment of a new commissioner for the Commission on Human Rights.”

The Commission on Human Rights is charged with enforcing discrimination laws in the city. Though relatively crucial, the agency has a lower profile and receives far less media attention and scrutiny than other parts of city government. Mr. de Blasio rarely mentions the agency in public remarks and has made no effort to replace Ms. Gatling, an appointee of former Mayor Michael Bloomberg; Ms. Gatling is one of the few Bloomberg era commissioners the liberal mayor has kept in place.

Mr. Bloomberg was initially praised for giving the commission new life in 2002 when he appointed Ms. Gatling. The former mayor “doubled the number of investigators and increased the budget of the city agency responsible for enforcing local civil rights laws, a body that some say was deliberately weakened by former Mayor Rudolph W. Giuliani,” the New York Times wrote in 2003.

The New York City Bar Association found then that the HRC had been subjected to “‘crippling’ budget cuts, especially by the Giuliani administration, and charged that it was unable or unwilling to use its law enforcement powers to fight housing and employment discrimination,” the Times wrote.

In her letter, Ms. James argued the commission is still not making the most of its legal authority granted under the New York City Human Rights Law: “For many years, the Law has not had its intended effect because of agency inaction.”

Ms. James expressed disappointment that “only $193,500 in fines” had been doled out, “despite the fact that it has the power to issue penalties of $125,000 for each instance of discrimination, and up to $250,000 for willfull or malicious acts.”

Equally troubling, she said, were the lack of complaints the HRC initiated.

“By failing to act on the complaints it receives and aggressively pursue its own investigations, the New York City Commission on Human Rights is hurting the most vulnerable among us,” Ms. James wrote.

A spokeswoman for the HRC declined to comment, pointing instead to testimony Ms. Gatling gave to the City Council in March.

“Yes–our budget is smaller and our staff has been reduced; but we have been able to do more than ever in the history of the Commission,” Ms. Gatling said in March. “We have resolved more cases with more money going to complainants and more fines going to the City.”

“In short, the New York City Commission on Human Rights is an efficient and effective agency doing more than ever in its history,” she added. “That sounds like a ‘hey-day’ to me.”

In response to Ms. James’ letter, a de Blasio administration said they would be naming a new commissioner soon.

“This administration is unequivocally committed to fighting discrimination in any form, and safeguarding the dignity of every New Yorker,” said Marti Adams, a spokeswoman for Mr. de Blasio. “CCHR plays an essential role in enforcing the City’s Human Rights Law, and we will name a new commissioner in the near future.”

View the full letter below.