Though it went entirely unnoticed in the Western press, all major Russian news outlets – RIA Novosti, Sputnik, RT, and others – were only too happy to report on what US Secretary of State John Kerry said last week to the Russian Foreign Minister Sergei Lavrov in private: “Just ignore Obama’s statements.”

According to Mr. Lavrov, John Kerry advised him not to pay too much attention to the US President’s harsh rhetoric directed toward his state. As recently as September, during his speech to the 69th UN General Assembly in New York, Mr. Obama puzzled and shocked Mr. Lavrov by placing “Russian aggression in Europe” in second place among the world’s threats, behind only the Ebola outbreak in West Africa, resigning to third place the “brutality of terrorists in Syria and Iraq.” “Aggressive Russia” again was included in Mr. Obama’s world top-danger list during November’s G20 Summit in Australia.

According to a translation commissioned by the Observer, Mr. Kerry advised Mr. Lavrov to “just ignore Obama’s statements.” Google translator phrases the nuance slightly differently: “Russia’s Foreign Minister Sergey Lavrov says US Secretary of State John Kerry called on him to ‘pay no mind’ to a statement by President Obama.” But the take-home message is clearly the same.

Back in September, astonished Russia’s Foreign Minister reacted with uncloaked anger. Mr. Lavrov said: “We earned the second place among the threats to international peace and stability.” He went on to say that he “did not understand whether he [Obama] was serious or not and whether there was an Orwellian element in it.”

Puzzled, Mr. Lavrov turned to his US counterpart for an explanation, and it looks like John Kerry clarified it all.

“Talking to John Kerry,” said Mr. Lavrov in his speech to the State Duma assembly, “I asked him, what did it mean. He said to me: ‘Just ignore it.’ You understand, if this is so serious, then, of course, it is very sad. And he said ‘just ignore it’ because he wanted at that moment to discuss how we were going to co-ordinate our approaches on solving Iran’s nuclear program and on the situation on the Korean peninsula.”

Mr. Lavrov called Obama administration’s attitude toward relations with Russia “consumerist,” suggesting that the US is more than happy to work with Russia, but only on the issues that matter to the US.

State Department spokesman Jeff Rathke, when asked about Mr Lavrov’s revelation, called the latter’s words an “incorrect characterization” by Mr. Lavrov. “It’s unfortunate that these reports indicate the foreign minister has incorrectly characterized private diplomatic discussions between himself and Secretary Kerry. As we’ve said repeatedly, we will continue to work with Russia on areas where we agree, while standing firmly against Russia’s violations of international principles and the sovereignty of the nations.”

Standing his ground, Mr. Lavrov denied that Mr Rathke’s statements hold any . He said that he did not distort the meaning of the advice he received from John Kerry, and denied breaking any ethical norms in revealing the words of the private conversation and never made any remarks that would have led to the allegations that Mr Kerry had been disloyal to the US President’s policy, reported TASS.

Mr. Lavrov might have added that Russia did not need that kind of advice from John Kerry. Hasn’t ignoring Mr. Obama’s statements been Russia’s official policy all along? 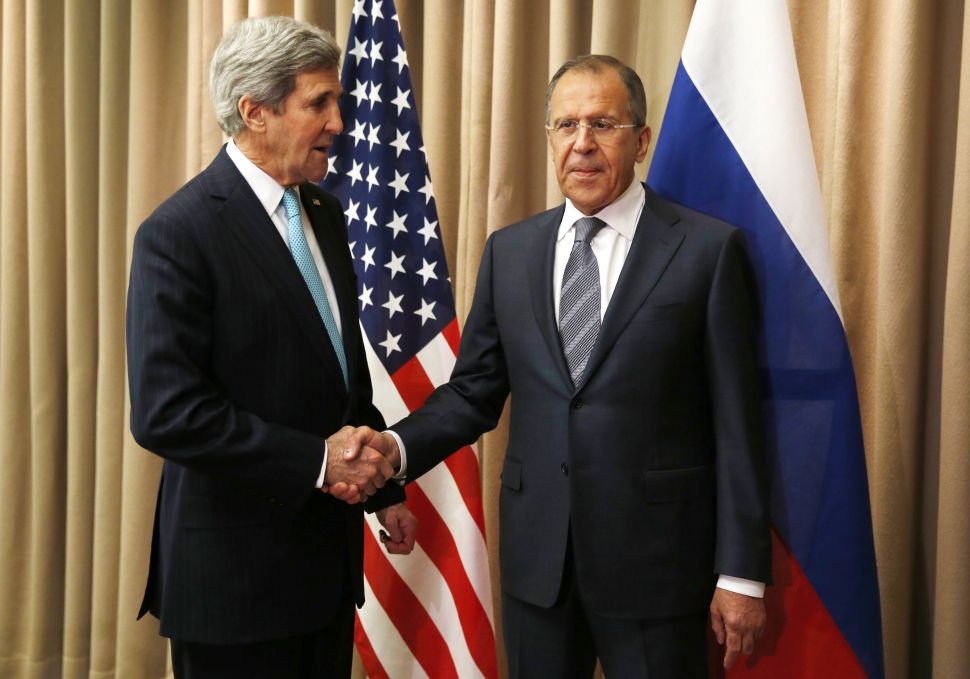