The only thing at last night’s Stand Up for Heroes Event at Madison Square Garden, hosted by New York Comedy Festival and Bob Woodruff Foundation, that was more bountiful than money raised was the amount of laughter. Okay, actually, just kidding. There was ALOT of money raised for the night’s more than worthy cause, wounded veterans. One person, alone, put up $300,000 in exchange for a Bruce Springsteen guitar and an hour long lesson from the man himself on how to play it (okay, and a lasagna dinner at Springsteen’s house, a last second added benefit that got Bruce in trouble with his wife.)

But man, there were a lot of laughs as well. The NYCF brought out the big wigs for the night, with Jon Stewart opening, followed by Jim Gaffigan, John Oliver and Louis CK. Even Mr. Springsteen, the night’s headliner, got in some wisecracks (he has a great zinger about a truck load of Viagra. Ask him the next time you run into Bruce Springsteen.)

I got the opportunity to chat with Mr. Oliver and Mr. Gaffigan about the night, and talk turned to the city of New York itself. Turns out the Big Apple has been tremendously influential on both comics’ careers, two careers that couldn’t be more different.

Mr. Gaffigan, despite being an Illinois native, broke down for me that definitive New York style.

“I think with New York city comedians there’s an efficiency to the writing, there’s an appreciation for the joke. You can’t sell it too much, you know?” Mr. Gaffigan offered. “So you look at Louis CK or Dave Attell, or even Todd Barry, there’s no dancing there. The audience should like the joke and not like the comedian.”

“It’s almost the awkwardness of New York that I like. I like the weirdos. That’s why I want my kids to be New Yorkers,” he said. “You’re anonymous here. It’s not like ‘heeey! Remember me?!’ It’s like, no one knows each other and it’s great.”

Mr. Oliver, who grew up far, far away from Illinois in Birmingham, England, was raised by the sounds of New York comedy albums.

“It’s funny you ask, because New York was kind of ever-present, mostly from really being obsessed with American standup albums,” Mr. Oliver said. “I loved Lenny Bruce’s Live from Carnegie Hall, and that story about the fact that the whole city was snowed in. And people walked everywhere, and he saw people through the snow because the MTA was down completely.”

And when he finally made it to New York?

“I always had this romantic notion in mind of New Yorkers walking to see this standup at Carnegie Hall,” he said. “On my first day in New York I went to look at it, because I wanted to imagine people’s footprints in the snow. And it was amazing, honestly.” 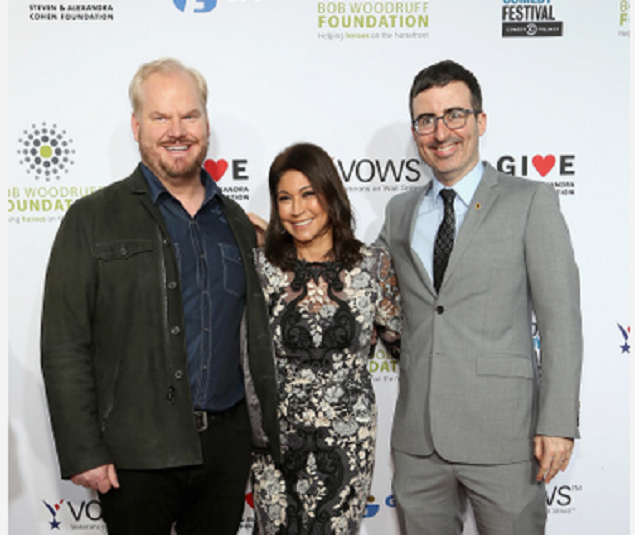