If there’s an ideal audience for the playful, cartoonish characters and rainbow of colors often featured in the work of Brian “KAWS” Donnelly, it’s inquisitive, art-loving children. So it’s not a surprise that RxArt, the non-profit that brightens the wings of children’s hospitals by placing paintings on the walls, selected the KAWS for its inaugural Inspiration Award at last night’s RxArt Annual Benefit.

Sure, it’s gala season, and every night there’s money raised for various well-wishing charities, but how many benefit organizers can claim that they once commissioned Jeff Koons to design a CT scanner for adolescent inpatient wards?

And now, the collaborator is KAWS. RxArt founder Diane Brown first met the artist in 2010 when he designed a limited edition Crème de Corps label for Kiehl’s.

“All the proceeds from that project were given to RxArt, and we were able to do a fabulous project in a hospital with the proceeds,” said Ms. Brown.

Leo Fitzpatrick and Nate Lowman—the artists who co-operate the Chinatown gallery Home Alone 2—provided the background music, as they tend to do at these sorts of things, as guests like gadabout and Gagosian Gallery blogger Derek Blasberg, Art Production Fund founder Doreen Remen and real estate titan Michael Shvo perused through the silent auction, which included one of Rob Pruitt’s recent paintings, the infamous faux-Chanel bagel purse sculpture by Chloe Wise, and a grid drawing by Dean Levin.

“It’s actually a drawing that I developed as a freehand grid drawing that gets scanned into a computer, and then regurgitated and printed on a mirror polish panel, and through that process sees the mistake of my human error,” explained the 25-year-old artist.

Keeping the eventual audience in mind, Shelter Serra donated a triptych of adorable Stanford bunnies, perfect for children recovering from an illness.

“I thought it would be great for kids, and everything RxArt supports,” he said.

But enough with the online Paddle8 auction—let’s get to the live auction. And it got a little contentious, as auctions tend to do, regardless of the noble cause. But hey: if there’s a José Parlá painting, you go after it!

“This mom and son came up to me and said, ‘We’re going to fight for your piece!’” Mr. Parlá told us.

The star of the auction was the KAWS painting, one quite characteristic of the artist’s body of work. It was an angry-looking purple cartoon face sticking its tongue out.

“I wanted to have a colorful piece that I liked,” he told us before the auction. “It was a piece that I was going to keep for myself, and I thought that it would be right fit.”

Bidding for the painting, which had an estimated market value of $60,000, started at $40,000, but the warring free-spending factions pushed the price all the way to $200,000 before the crowd let out a collective gasp of surprise.

“Last chance at $220,000!” yelled out the auctioneer, but the number could go no higher, and the piece sold at that price to an anonymous phone bidder. That haul alone surely is enough to make a kid or two just a little bit better cared for.

“If you’ve ever spent any time in a hospital you know what a mundane environment it is, and usually when you’re in those situations, it’s not under the best circumstances,” said Mr. Donnelly. “So the idea of being able to look over at a wall full of Rob Pruitt paintings is great. I want to help and contribute to that.” 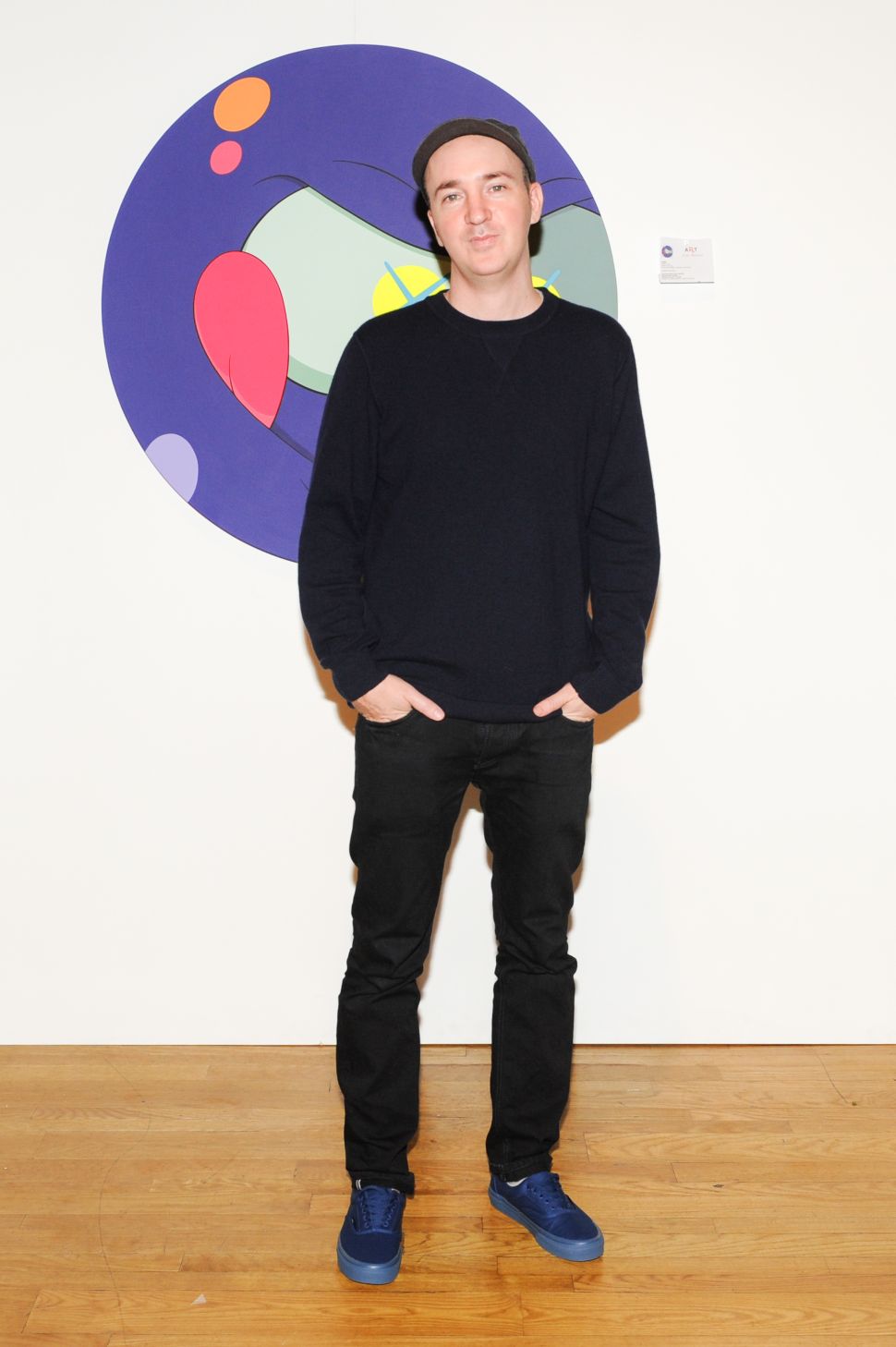