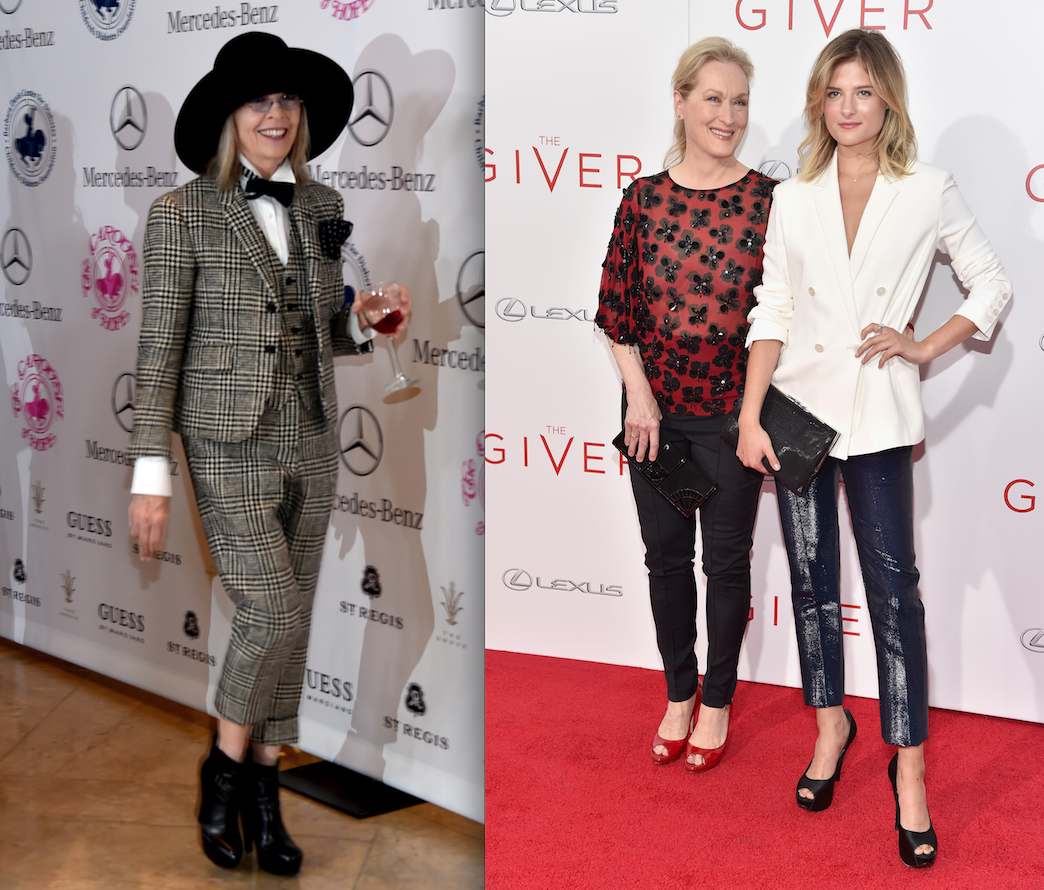 Diane Keaton (LA) vs. Meryl Streep (NYC)
Of these two former Woody Allen leading ladies, Ms. Keaton has the more defined style. But as far as these two recent red carpet looks go, we have to give this one to Ms. Streep (pictured with daughter Louisa Gummer), who looks radiant and comfortable in red and black. 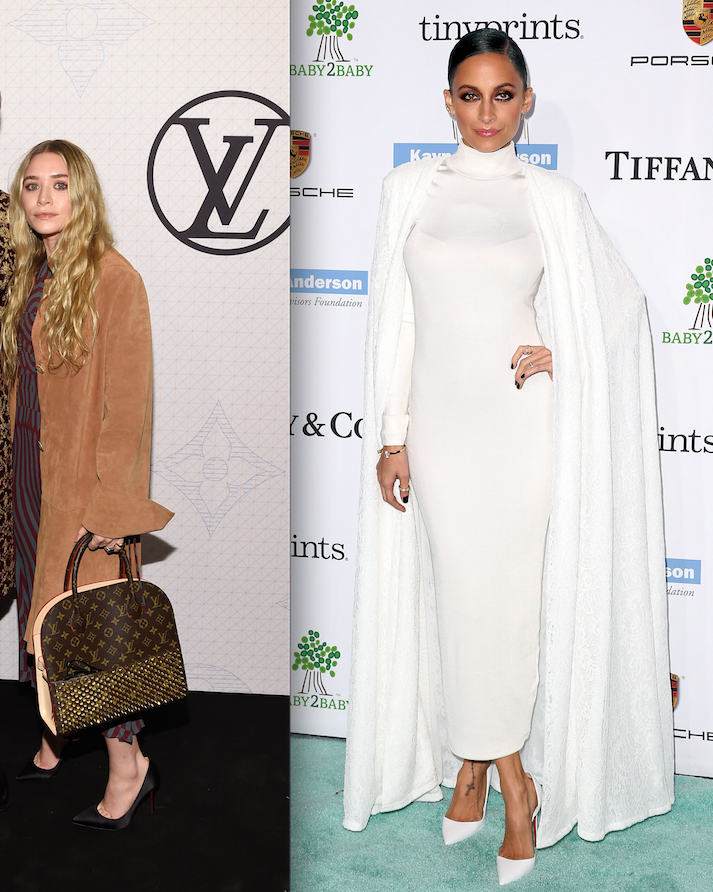 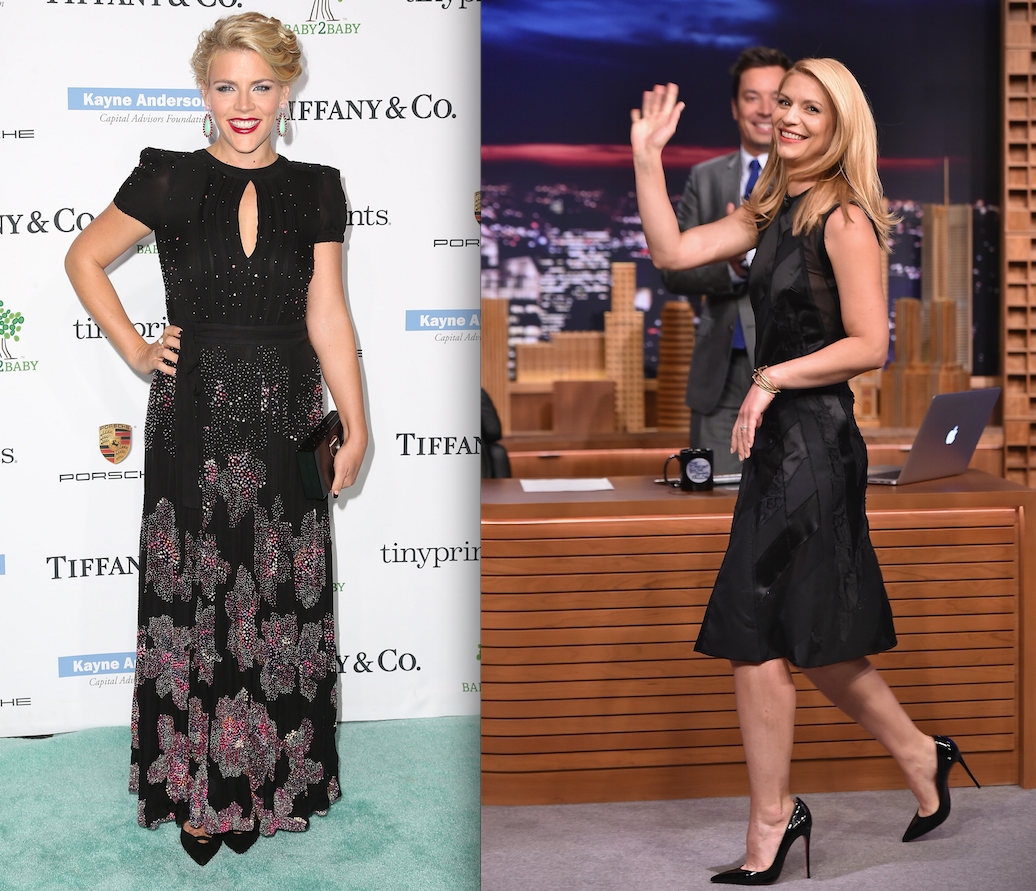 Busy Philips (LA) vs. Claire Danes (NYC)
Both actresses wear black dresses with varying levels of embellishment. While Ms. Philips gets points for giving a bold shoulder a shot, Ms. Danes clearly takes the title in this case. 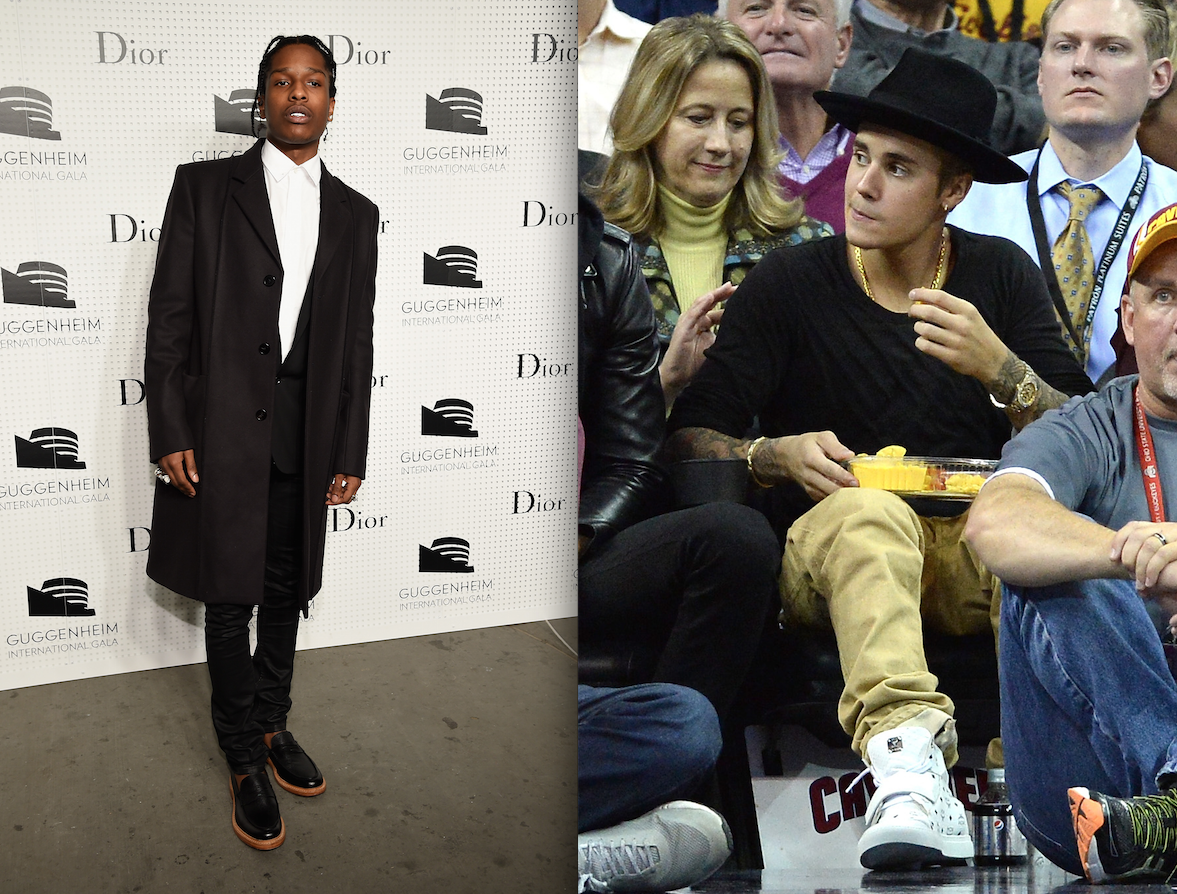 A$AP Rocky (NYC) vs. Justin Bieber (LA)
These two musicians have similar hip hop influences when it comes to dressing. A$AP has a leg up when it comes to fashion world cred, but Bieber is gaining on him. The singer made the rounds at the most recent Paris Fashion Week. As far as these outfits, though, we have to give this round to A$AP Rocky. His reinvention of the black suit here is impressive, while Bieber's variation on the Pharrell hat just looks out of place compared with the rest of his outfit.
Advertisement 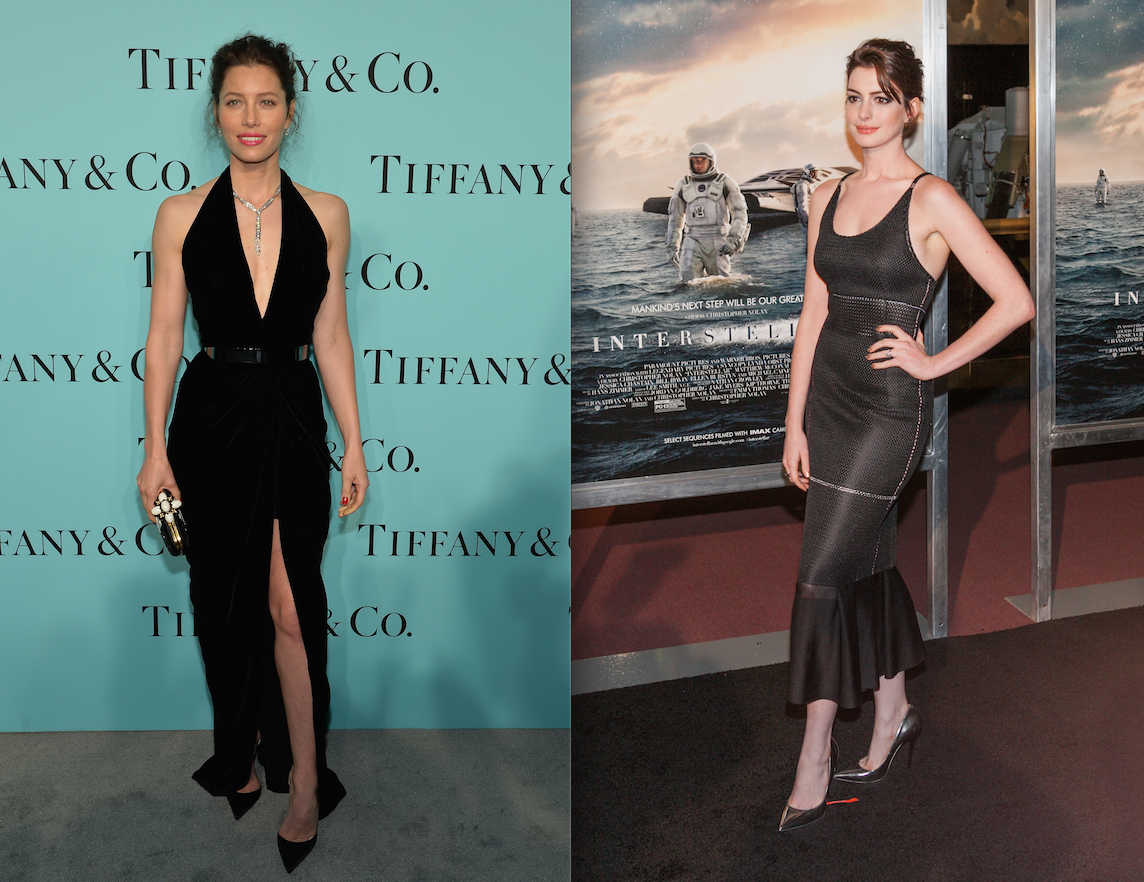 Jessica Biel (LA) vs. Anne Hathaway (NYC)
The slits and golden tan on Ms. Biel are thoroughly California, while Ms. Hathaway goes for a more timeless and elegant look. NYC wins this round. 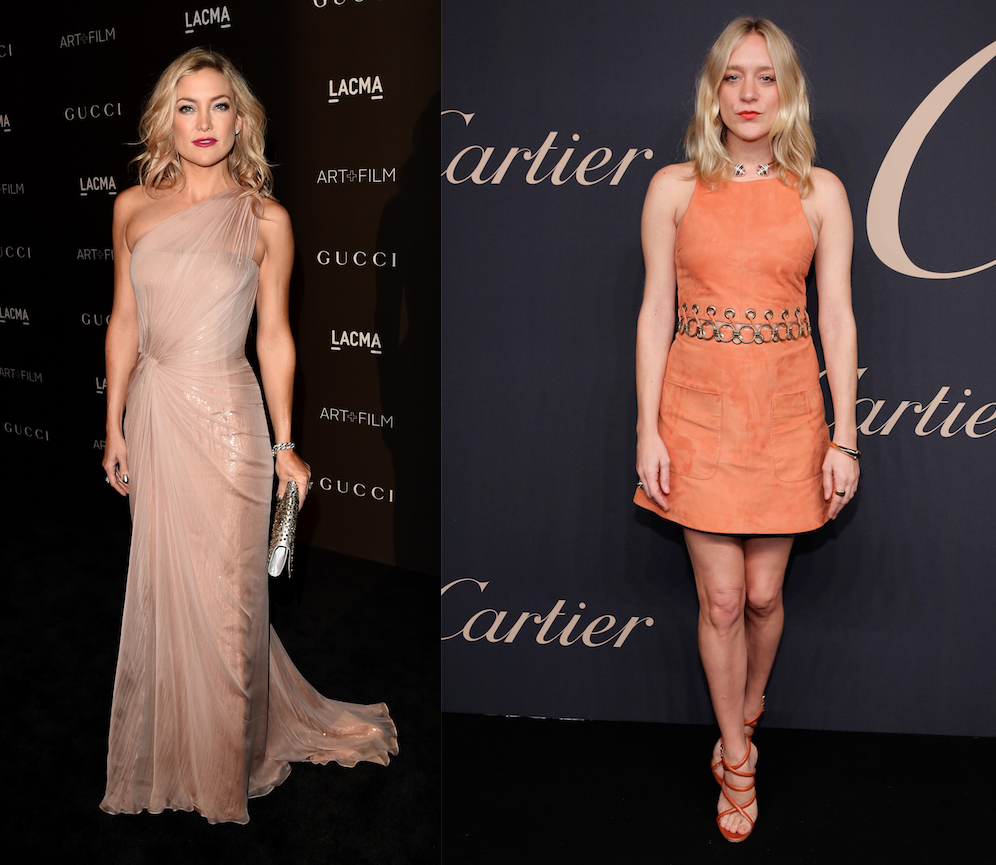 Kate Hudson (LA) vs. Chloé Sevigny (NYC)
These two actresses are icons of California and New York style, respectively. This one's tough to call based on New York's emotional ties to Ms. Sevigny, but we have to go with Ms. Hudson. 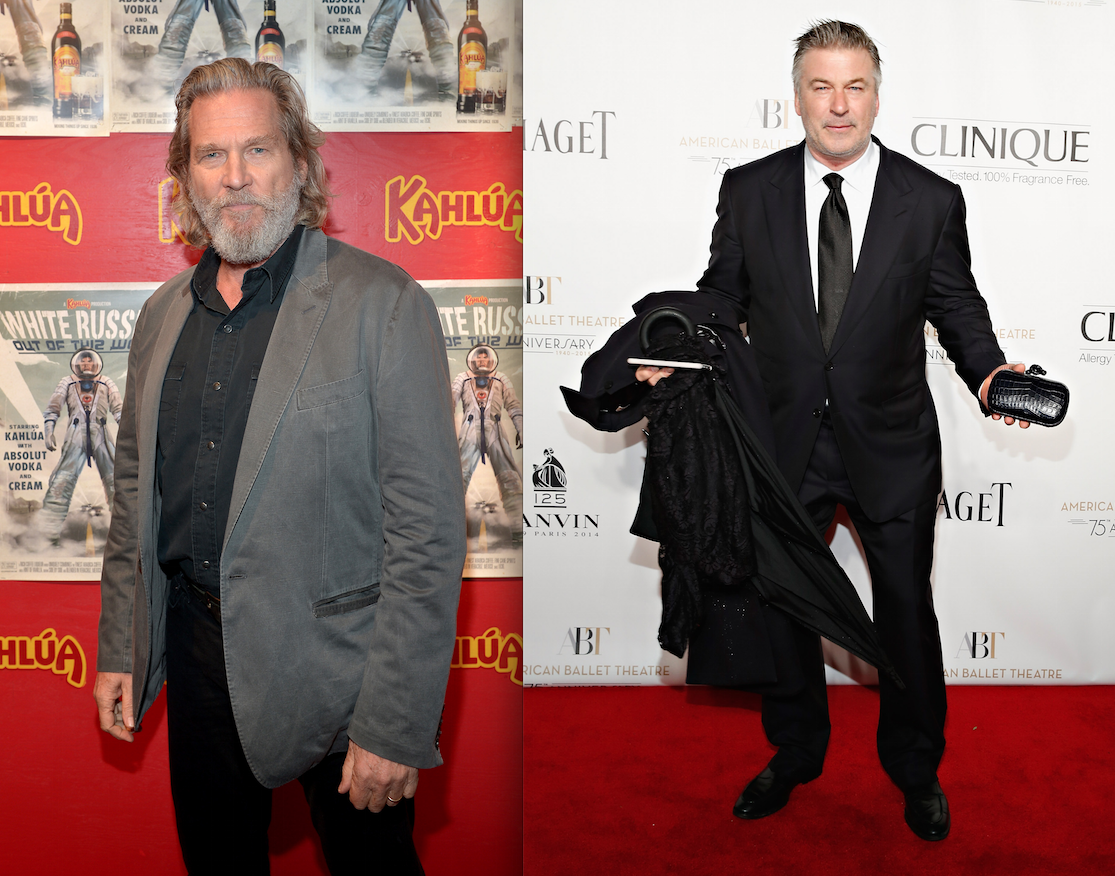 Jeff Bridges (LA) vs. Alec Baldwin (NYC)
The getups on these two gentlemen are about as quintessentially LA and New York as you can get. Mr. Baldwin wins, though. Mr. Bridges' jacket could use just a bit more structure.
Advertisement 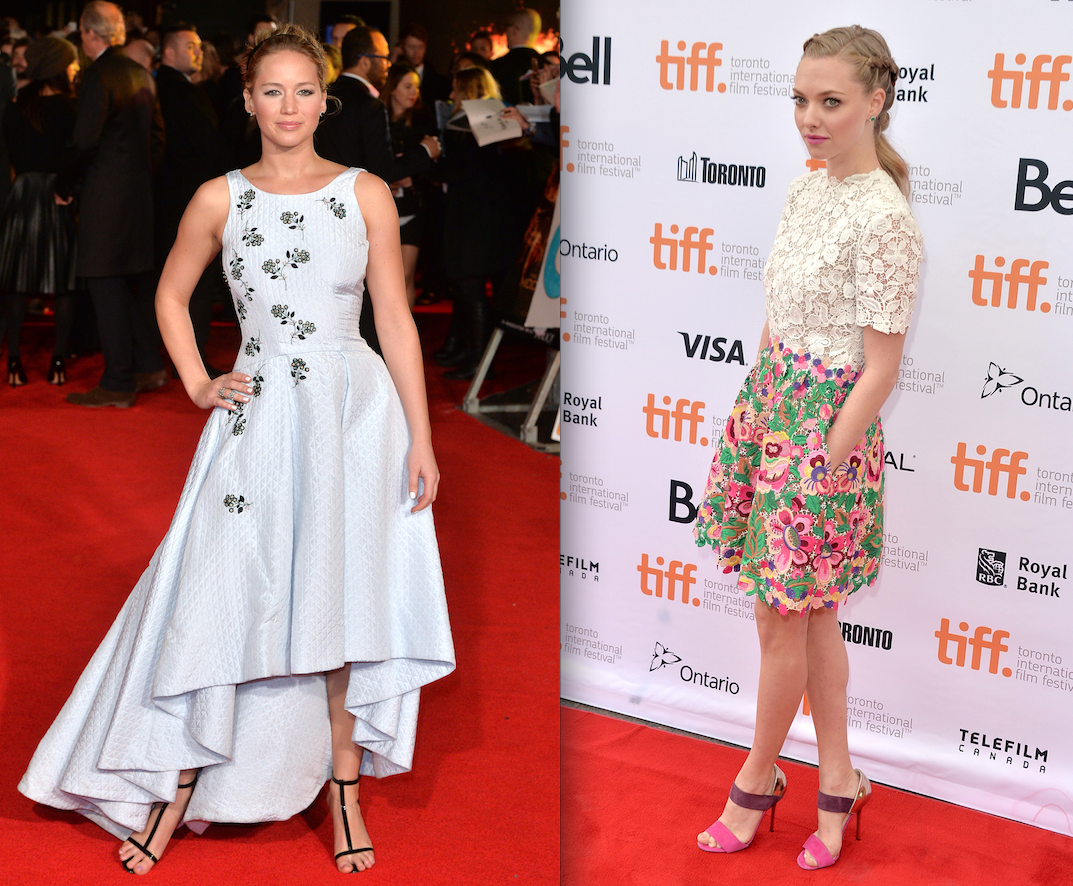 Jennifer Lawrence (LA) vs. Amanda Seyfried (NYC)
In this case of dueling florals, Ms. Seyfried's look is the winner. 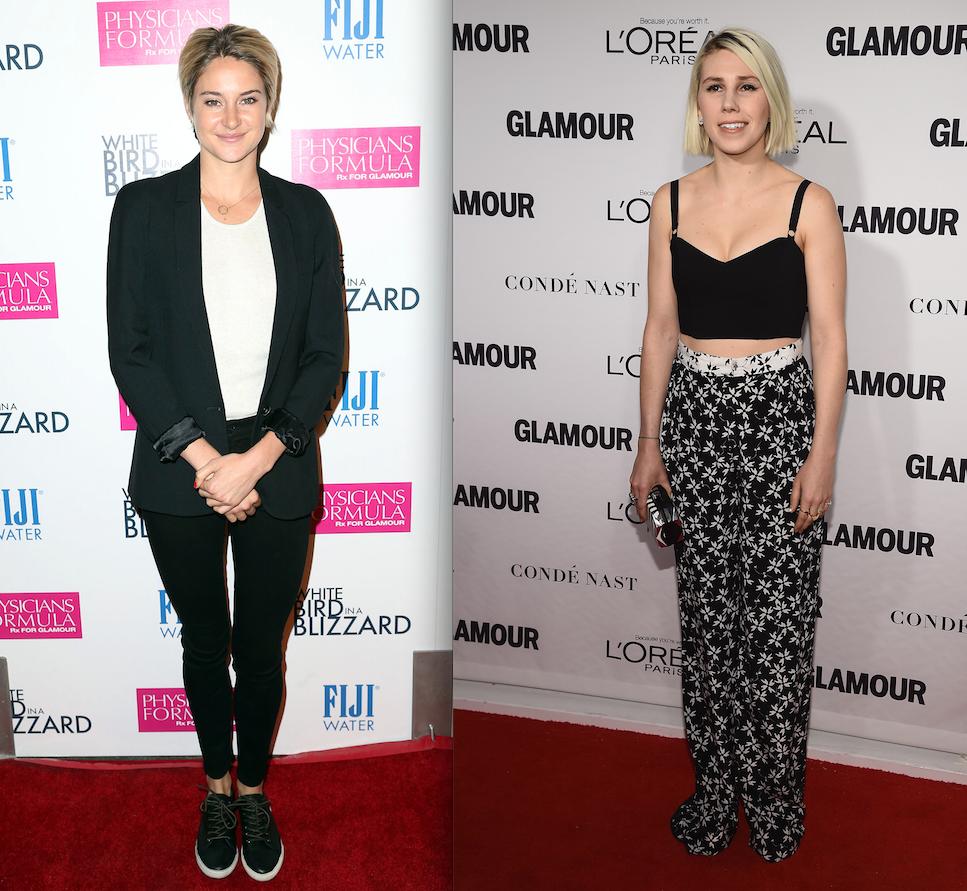 Shailene Woodley (she claims to be quirkily homeless; you can't get much more LA than that) vs. Zosia Mamet (NYC)
In this battle of the stylish starlets in black and white duds, we have a tough choice. It doesn't take a panel of experts to tell you that both Shailene's leggings-as-pants and Zosia's midriff-bearing semi-formalwear are tough to pull off. Both ladies look great, but Ms. Mamet is the winner here. A little experimentation with proportion goes a long way. 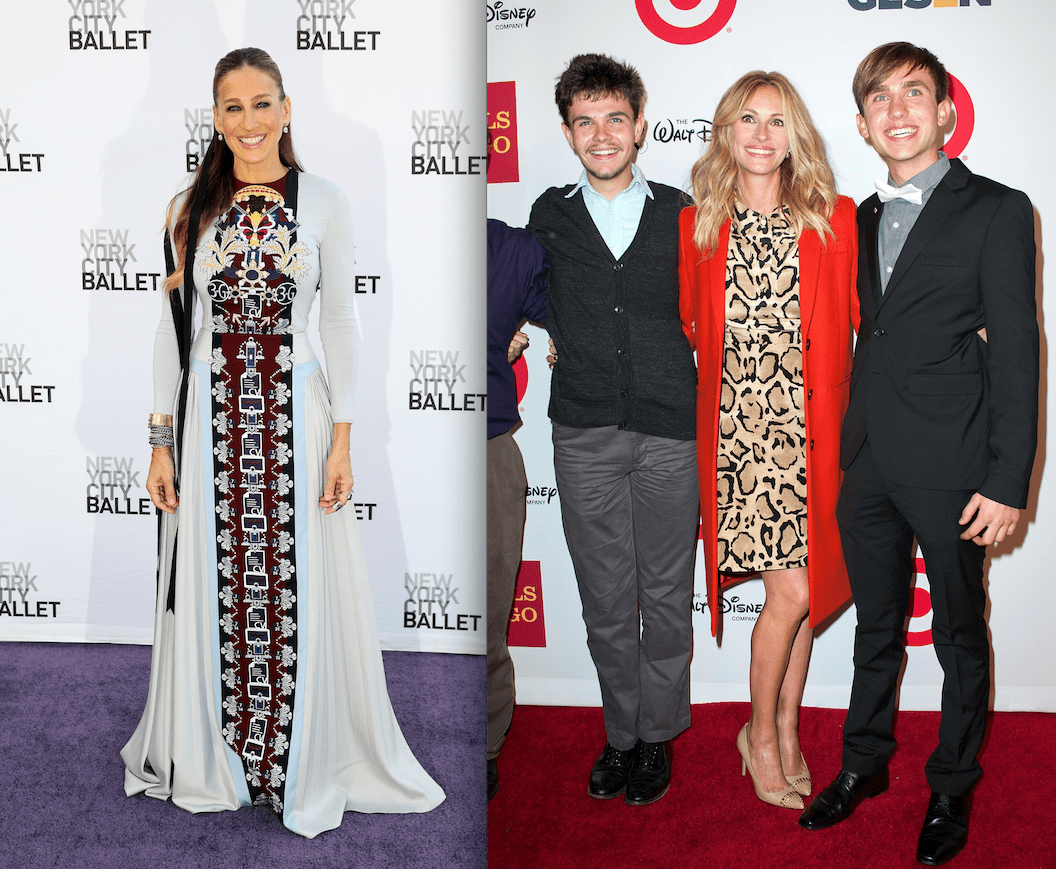 Sarah Jessica Parker (thoroughly NYC) vs. Julia Roberts (LA)
Ms. Roberts might be America's sweetheart, and she consistently masters bright, Cali girl colors. But come on — SJP is a red carpet master. Here, she demonstrates how to wear a vibrant print without allowing it to overtake one's frame, however petite. 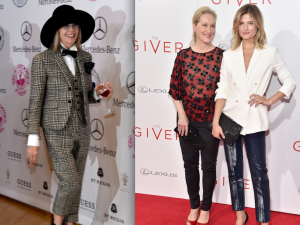 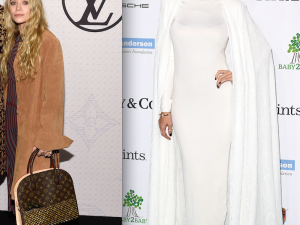 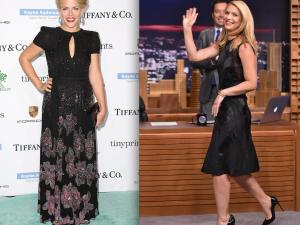 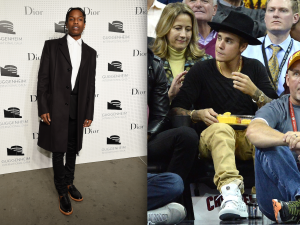 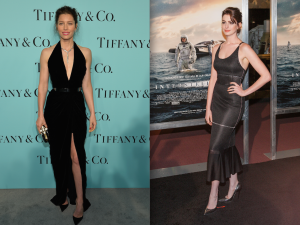 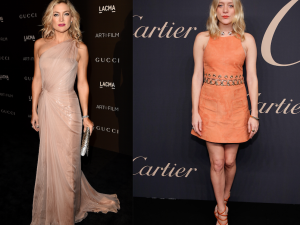 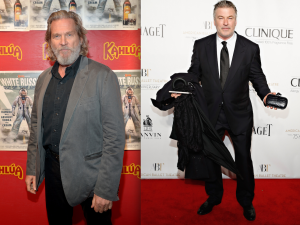 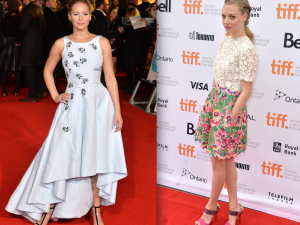 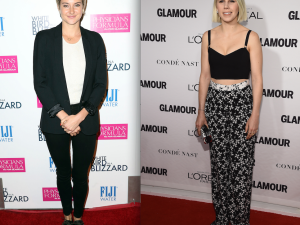 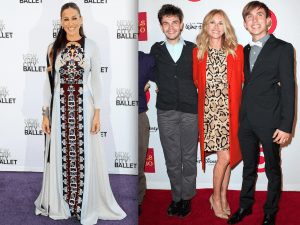 Californians and New Yorkers have plenty of opinions about each other’s fashion tastes.

Ask an Angeleno what they think of New York style, and they might respond, “Ugh, so much black.” A New Yorker could shoot back, “At least we don’t wear board shorts.”

The twin entertainment capitals of New York City and Los Angeles have more in common stylistically than not, though. They are home to countless awards shows, galas and other red carpet events — not to mention the paparazzi ambushes.

As such, the most in-demand residents of both cities must be camera ready at all times. With their armies of stylists and makeup artists, the people living in these cities are among the most heavily primped in the world.

So who’s got the better style once and for all, New Yorkers or Angelenos? We’re tempted to say New York because 1. we live here and 2. so does the country’s entire fashion industry. But Californians often give us a run for our money. Their fashion scene is growing — Saint Laurent recently opened a flagship store in L.A., and respected fashionistas such as Nicole Richie and Nasty Gal’s Sophia Amoruso call the Golden State home.

To determine which city deserves the title of Most Fashionable in America, we’ll have a weekly showdown between two similar stars from each coast — they can be musicians, actors, socialities or fashionistas. Here are our first 10. After this round, New York is in a comfortable lead with seven points to L.A.’s three.