Here’s the latest Republican Party scuttlebutt regarding Assembly LD2 next year, according to Harry Hurley, host of 1450’s Hurley

Two incumbents are running next year in the battleground district: one a Democrat: Assemblyman Vince Mazzeo, and one a Republican, Assemblyman Chris Brown.

His fellow Freeholder, Alex Marino wouldn’t confirm last Wednesday, on-air when Hurley directly asked him if he was running for the New Jersey General Assembly. He did confirm that he is very interested and thinking about it, presently.

They are the two GOP front-runners at the moment.

Freeholder Board Chairman Frank Formica is also weighing his options.

The wild card here is former Assemblyman Vince Polistina (R-2), who is very interested in a potential comeback.

He is presently looking at his options. He will decide early in the New Year, Hurley told PolitickerNJ.

Atlantic County Freeholder Will Pauls is also currently putting out feelers for a possible Assembly run.

Pauls appears to be persuadable not to run if Polistina decides to make a bid for his old seat.

“Another point worth mentioning, look for The Democrats and Republicans to place Mazzeo and Brown first,” Hurley noted. “This gives the voter the illusion that these two are running against each other. Even though the ballot says ‘vote for 2,’ people look at the 4 candidates as two head-to-head match-ups.” 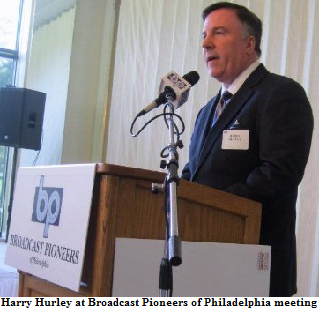