As the baby boomers who became entrepreneurs, corporate raiders and captains of industry start to sense their mortality, Melissa Berman, president and CEO of Rockefeller Philanthropy Advisors, Inc., notices “many have begun to think about their legacy—to consider, beyond their business success, what their names stand for.”

Some, of course, have also given considerable thought to where their names actually stand.

Development officers understand the powerful allure of “naming opportunities.” The promise of immortality motivates some benefactors to write big checks; others desire a very public ’attaboy. Michael Bloomberg made that clear in his doubly eponymous autobiography, Bloomberg by Bloomberg, written in 2001. “Having our names on a plaque, on a scholarship, on a research grant rewards us as long as we live,” Mr. Bloomberg wrote. “It puts everyone else—our community, our country, and even the whole world—in our debt.”

The market for naming opportunities slumped during the recession, forcing some institutions to offer deep discounts or extended payment plans, but competition has since rebounded. Ms. Berman described a kind of informal hierarchy to the philanthropic name game. “Certain institutions are in stronger positions than others,” she explained. “The most prestigious universities can command a higher gift level for naming rights than others. It’s harder to get your name on a building in Manhattan than in Queens.”

Fine art museums, in particular, “seem to be doing really, really well,” she adds, “both in terms of audience development and major donations.” (Ahem, that means it requires pharaonic wealth to slap your name on a building at the Metropolitan Museum of Art.)

Generally speaking, a donor can expect to contribute between 25 and 65 percent of a project’s cost to name a building, depending on factors including size, public prominence and a philanthropist’s willingness and capacity to give. But if a beneficiary institution has not advised him otherwise, having signed on the proverbial dotted line, the donor often believes his name, once emblazoned, will remain in perpetuity. This can prove a bit … awkward.

“There are a lot of organizations that aren’t clear about terms,” Ellis Carter, a lawyer representing nonprofits and donors in matters of major gifts, told the Observer. “I’ve seen very explicit agreements, but I’ve also seen instances where people make naming rights gifts with nothing more than a pledge form—just trusting the institution. ‘Forever’ means more time to some people than it does to others.”

Philanthropists who would like to see their names stay attached to institutions—even if it means carving them into fresh incarnations of buildings as the originals crumble and fade—can complicate the work of fund-raisers. Where no ironclad agreements exist, Ms. Carter said, newly arrived development directors might sandblast old dedications and resell naming rights to new donors.

In cases of major gifts that establish institutions and erect campus libraries—“forever” is generally less open to interpretation, particularly when funds have been put in trust for maintenance and repair. Nonetheless, a brouhaha broke out in 2002 between Lincoln Center officials and descendants of Avery Fisher, the electronics mogul and developer of the high fidelity radio who gave $10.5 million—and his name—to the building that houses the New York Philharmonic in 1973. Threatened with legal action, Lincoln Center backed away from renaming Avery Fisher Hall when it undergoes scheduled renovations in 2017.

Most large buildings, of course, eventually bear several names. And sub-headings for smaller parts vary in cost, too.

At the beginning of the year, the billionaire investor and Marvel Entertainment chairman Isaac Perlmutter and his wife, Laura, pledged $50 million to a cancer treatment facility at the NYU Langone Medical Center that now bears their names. (Langone itself is named for Home Depot co-founder Kenneth Langone, who, with his wife, gave the hospital $200 million in 2008.)

In comparison, Barbara Walters, whose name now graces the Acute Care Medical Treatment Center at the New York-Presbyterian/Columbia University Medical Center—got something of a steal, pledging $10 million. Experience apparently motivated Ms. Walters’ gift; she underwent open-heart surgery at the hospital in 2010, and was evidently satisfied by the results.

Less flush donors can adopt a bathroom. William Falik, a Harvard Law School graduate, donated $100,000 to his alma mater for a fellowship in public interest law with the understanding—reached, apparently with then-dean Elena Kagan—that a men’s restroom would carry his family name. Mr. Falik reportedly told Ms. Kagan, “The only thing I’ve ever been able to name with a name like ‘Falik’ is a restroom.” The Harvard facility represented Mr. Falik’s third such donation—the others are at Berkley, where he teaches at the law and business schools—a fairly generous endowment, all told.

Agreed-upon terms of residence notwithstanding, scandal, like heavy weather, can have the effect of erasing names from walls earlier than philanthropists would like. Moral turpitude or “bad boy” clauses in pledge agreements provide exit strategies to nonprofits that find themselves bathed in unattractive light following unmannerly behavior from donors who have made named gifts. The parameters of “moral turpitude,” however, must also be specified.

“If it’s a religious charity and you have a donor who’s getting divorced, that might count,” Ms. Carter said. “In other cases, [the donor] might want to be clear that if they were ever to have an affair—something that’s not necessarily criminal, more of an indiscretion—that their name would not be removed.”

But Dennis Kozlowski, the former Tyco International chief whose $31 million Fifth Avenue co-op was sold in the wake of his June 2005 conviction for sundry corporate malfeasance, did not make for a close case. Two months after the verdict, which would result in Mr. Kozlowski’s imprisonment until early this year, Seton Hall University stripped his name from an academic building that had carried it since 1997.

During a sunnier era—that is, the year 2000—Mr. Kozlowski had purchased the aforementioned apartment from Blackstone Capital CEO Stephen A. Schwarzman, who is himself no stranger to controversy surrounding named donations. In 2008, the New York Public Library sparked a firestorm for naming its main branch on Fifth Avenue after him when the financier agreed to donate $100 million. The library, however, had previously—and rather obviously—bestowed such honors on benefactors.

“People thought it was crass,” Ms. Berman, of Rockefeller, recalled of Mr. Schwarzman’s gift. “But have you ever looked at the top of the library? Carved there are three names—Astor, Tilden, Lenox.” She paused. “Those are not the names of librarians.” 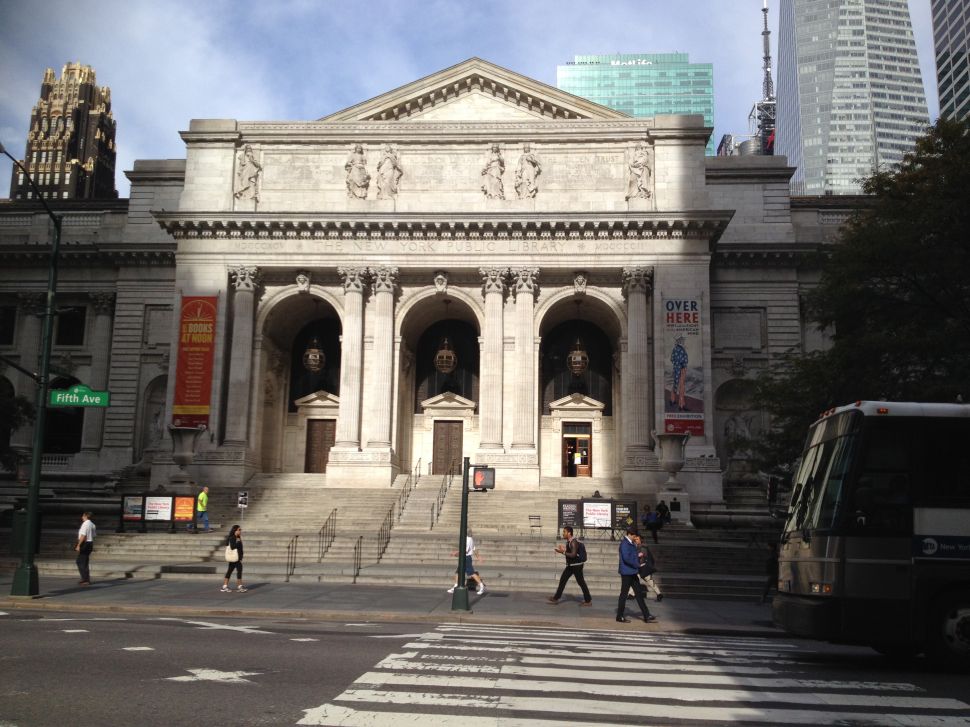