“We really wanted to take as much Japanese out of it as possible,” says sake guru Jamie Graves, as we flip through the new-look drinks menu at SakaMai, the Lower East Side restaurant and sake bar, where he serves as general manager. By way of example, he points toward the by-the-glass offerings, which have been broken down into non-traditional flavor-profile categories*, such as “Spice” and “Fruit” and “Earth,” among others.

The goal, of course, is to make sake seem more approachable, he says—to show customers that it’s more than a novelty drink, reserved for sushi nights. Just don’t call it rice wine.

“For a long time sake has been trying to sell itself as rice wine,” Mr. Graves sighs. “It’s just like wine, but made from rice—and that’s totally not true.” For one thing, he explains, sake is not made like wine; it is brewed like beer. But even that is misleading, because sake, unlike beer, uses a bacteria called koji—a mold, essentially—in addition to yeast, which requires a far more technically demanding process, while allowing it to be brewed to higher alcohol contents. “That’s what makes it unique among all beverages in the world.”

But why get so wonky, when we can just drink?

“This is a great example of a clean, well-made sake,” Mr. Graves says, as he pours me a taste of Oze No Yukidoke, which is produced at a tiny five-man brewery in the Kantō region of Japan (and is featured in SakaMai’s “Clean” section). “There’s this burst of sweetness up front and then this very abrupt, super dry but very long finish.”

The dryness, a common attribute of non-dessert sakes, is part of what makes the drink so wonderful for food pairing, he tells me. “There’s a saying in Japan, which is something like: Sake isn’t picky about food. It basically goes with everything.”

I ask for an example. “It’s awesome with cheese,” he says. “Sake has a very high lactic acid content. If you drink a lot, it will taste in the back of your mouth like you’ve been eating dairy.”

After sampling two sakes from the “Fruit” section, we move on to “Earth,” and get into a discussion about the ideal temperature for drinking sake. “Some is better chilled, but it depends on the bottle, honestly,” says Mr. Graves, who worked in Japan as a cook after college, before returning to the U.S. “There’s a perception that you only drink bad sake warm, but that’s because when they first started serving it here, it was shitty mass-produced stuff. Some totally benefit from it.”

To prove his point, Mr. Graves runs down to the basement and fetches a high-end bottle from the Hakkaisan brewery, which he secured on a recent visit to Japan. We try it both chilled and warmed—it does not suffer either way, while tasting somehow crisper than the others.

“It always tastes different when you bring a bottle directly back from Japan,” he says. That’s because, like beer, sake is best when fresh, consumed within a few months of bottling—which can pose a problem for American drinkers. “A lot of wine shops will carry a handful of sakes, but they can sit there for a year or two and they won’t taste as good when you buy them,” Mr. Graves bemoans, suggesting folks head to Sakaya, a specialty store on East Ninth Street, for their retail needs.

Indeed, Mr. Graves tells me, the sake scene in New York City may be the best in the world, thanks to shops like Sakaya (and bars like his own). “Better than Japan even,” he says. “One of the ironies of sake is it’s not very popular in Japan. If you were to pull out sake at a party, people would be like, ‘Oh, Mr. Fancy Pants, drinking the sake.’ It’s seen as esoteric, inaccessible.”

For our last glass, Mr. Graves wants me to try something totally off the grid and reaches for Tamagawa Red Label, which is produced by Philip Harper, the only non-native master sake brewer—or “toji”—in Japan.

Not bound by what sake should taste like, Mr. Harper “literally did everything he could to make a huge tasting sake,” according to Mr. Graves, from having a slower fermentation to not diluting the final product with to not filtering it through carbon. “It’s also unpasteurized,” he adds. “So you get a sweetness off the nose, and then you get a smoky tart finish that just goes buck wild.”

I take a sip, and it’s like no sake I’ve tried before.

“That’s the thing. It’s rice but you can get this vast range of flavors out of it,” he says. “And with wine, there’s always like this mythical year or harvest, a time when it’s drinking at its absolute best, right? It’s like this elusive amazing experience, and it’s all time sensitive. With sake, there’s never been a time in history when it’s been produced at such a high quality and such a wide variety. Sake has never been better.”

*Conventionally, sake is divided into grades, such as junmai, ginjo and daiginjo, which refer to what percentage of each rice kernel has been polished away before fermentation.

A FEW TO TRY:
(prices are per bottle, at Sakaya; also available by the glass at SakaMai)

Oze No Yukidoke, $33
“This is great with sushi. It practically washes your mouth out between every bite, and the sweetness goes up against the fattiness of the raw fish.”

Dewazakura Dewasansan, $43
“I always like to pour this for people who are just starting in sake. It’s slightly fruity, with more mouth feel than the drier sakes.”

Dassai 50, $38
“These guys were the first to make only high-grade sake. They blazed this high-end craft sake market that no one knew existed.”

Kurosawa Junmai Kimoto, $22
“Junmai tends to be bigger, earthier, and richer, because the rice is less polished, and this is an earthy one. But that’s not always the case, which is why I don’t like those categories.” 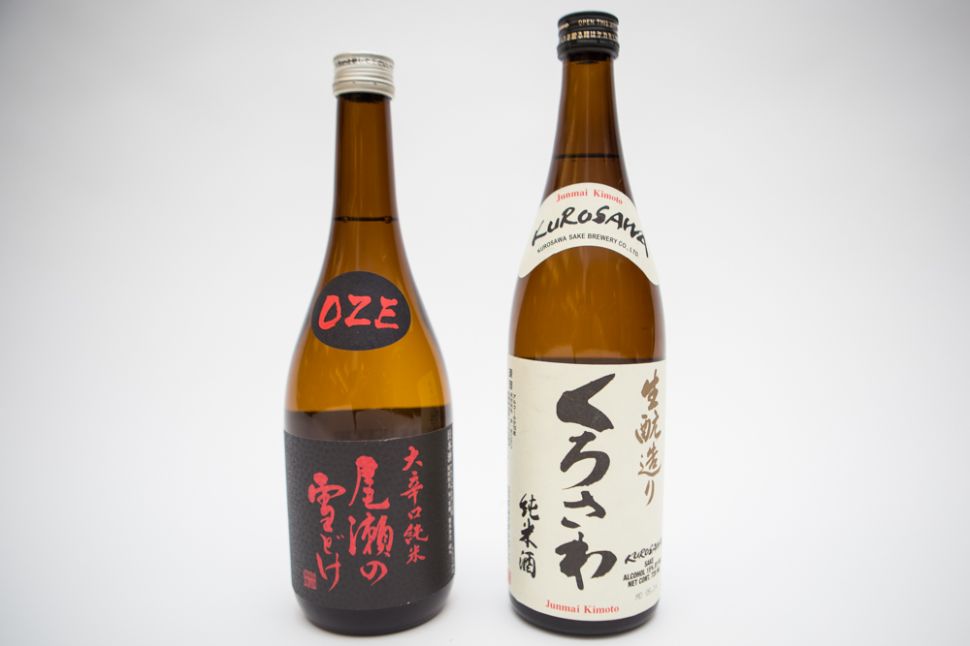