The nomination of Loretta Lynch, the U.S. Attorney for the Eastern District of New York, to replace Eric Holder as the U.S. Attorney General, is the first major decision by President Obama since his party, in substantial part because of voters’ dissatisfaction with his presidency, was drubbed in the midterm elections. Ms. Lynch’s nomination comes almost six weeks after current Attorney General Eric Holder announced his plans to leave office. Speculation over who President Obama would choose to replace Mr. Holder was initially quite intense, but waned as the election approached.

If Ms. Lynch is confirmed, she will likely serve as Attorney General for no more than 25 months during the last years of a lame duck presidency. While it is natural to probe Ms. Lynch’s record for hints at what kind of Attorney General she might be, in some sense it does not matter all that much because even in the Department of Justice not many big things can be expected in this political environment.

The nomination of Ms. Lynch is nonetheless significant because it may reveal a few things about what Mr. Obama is thinking regarding the rest of his presidency. The most immediate question surrounding Ms. Lynch’s nomination is whether the President will seek to confirm her in the current Senate or wait until the new Senate is seated in January. Obviously, since the current Senate is controlled by Democrats; and the new one will not be, Ms. Lynch is more likely to be successfully and easily confirmed by the current Senate. Ms. Lynch has already been confirmed by the Senate twice, so there is reason to think she should not face too much difficulty this time around in either case.

Although an easy confirmation for Ms. Lynch is possible and, at first look, something the President would want, a confrontational Senate seeking to stop Ms. Lynch might be more politically advantageous for the President. The challenge for the Republican Party now is to build on a very impressive election victory in the midterm election to help bring a Republican President to the White House in 2016. Central to this effort will be to recast the party as one that can govern rather than simply obstruct President Obama. The specter of a tough confirmation battle over a cabinet position will force the Republicans into demonstrating that they are capable of the former.

Republican opposition to Ms. Lynch may or may not be based on genuine policy concerns, but given that she has already been confirmed twice by the Senate it will be very easy for the White House to portray opposition to Ms. Lynch as typical Republican recalcitrance and as evidence that the GOP is still not ready to govern in a meaningful way. Additionally, because Ms. Lynch is an African American woman, any attempt to deny her confirmation will inevitably be seen through the prism of race and gender. Even though the Republican Party receives a tiny fraction of African American votes, particularly female African American votes, it is not beneficial for them to be seen as trying to stop a clearly qualified African American woman from joining the cabinet. As importantly, rallying Democratic support around Lynch, if there is strong Senate opposition, will be easy for President Obama and will help him mobilize a party base that needs something about which to get excited.

The nomination of Loretta Lynch is an indication not only that President Obama is still going to fight the Republican controlled Congress-that was clear from his first post-election press conference-but that he is also still capable of thinking strategically about how to position himself and the Republicans. The Republican leadership in Senate has a lot to do and many opportunities to foil the President during his last two years in office. Making a fight over Loretta Lynch may not be the best way for Senate Republicans to challenge Mr. Obama or to demonstrate their newly won power and strength. 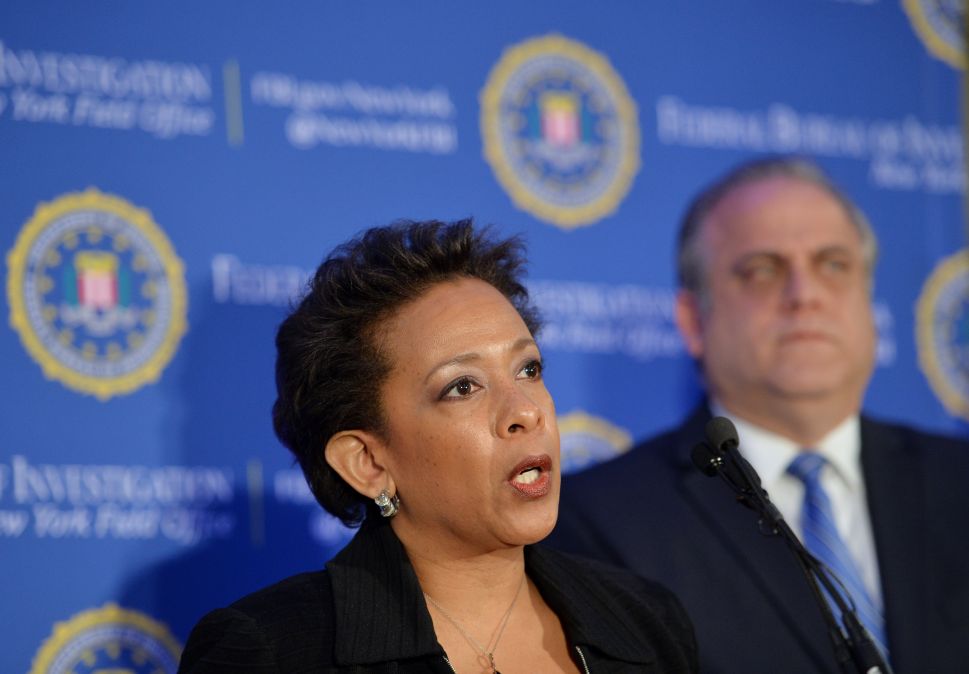