I’m here down under on a lecture and media tour for my new book Kosher Lust. Having married a woman from Sydney I always ask myself why I don’t live in Australia. It’s the most beautiful country in the world with arguably the highest standard of living. The people are laid back to the point where you can barely detect a heartbeat. Then there are the koalas and kangaroos, which I never get to see in the jungles of New Jersey.

The answer isn’t that I cleared out of Aussieland to escape my in-laws, even though they still deny being related to me. Nor is it that I’m just not fit enough to be an Australian. Every septuagenarian I speak to has just run a marathon that morning and swims to work each day across Sydney Harbor. You’re as likely to find fat people here as you are likely to find a prostitution ring on the International Space Station.

Finally, the reason I don’t live here has little to do with the fact that I’m Jewish and living in a country this beautiful and leisurely would interfere with my suffering.

I don’t live in Australia because I’m really scared that I would be bored. This is, after all, a country with no problems. We in the US feel responsible for stopping ISIS, ending the chaos in Libya, leading the global fight on Ebola, and safeguarding the fledgling democracy of Myanmar. Here, on the day I arrived in Sydney I put on a leading talk-radio show to hear that the headlines concerned national mourning over a cricket loss to Pakistan. That’s what worries you about Pakistan? That they can hit a cricket bat better than you?

Do you know the beef that we Americans have with Pakistan? They were hiding a guy named Osama bin Laden. Yeah, that guy. The one who led Al Qaeda. The man who killed thousands of people all over the world. Our issue with Pakistan is not something that can be settled on a cricket pitch.

Visiting Australia gives you an idea of what America would be like if it were not the globo-cop. Gosh, what a country we’d be if we weren’t so serious. If every time Vladimir Putin invaded another country it wouldn’t America’s headache. If every time some terrible virus broke out across the world it wouldn’t be American troops who have to immediately be deployed. If every time a European war breaks out America wouldn’t have to to ultimately assist and rescue those committed to saving the world for democracy – like the Brits and the French.

When I come to Australia, which I visit annually and truly love, I’m reminded of just how serious we Americans are, how insane our responsibilities are, how huge our obligations are.

Tucked away here down under on their own continent, Aussies live on a different planet. It’s a world where most things are good, the evil of the world rarely invades, and the problems that exist are very far away. To be sure, Aussies are some of the best and most humane soldiers in the world and fought valiantly in both World Wars as well as in Iraq and Afghanistan. Australia is also a charitable power, giving aid and assistance to humanitarian-crisis spots around the world. And how could I possibly saying anything bad about a county this beautiful, of which my wife and nine children are all citizens? Not to mention the setting of Summer Heights High?

But for all that, I would still choose American responsibility and the Pax Americana that remain so vital to the peace of world.

In a lecture last night in Sydney I was asked about American military involvement by a questioner who thought America was too militant. I responded that the American military is quite simply the greatest force for good on Planet Earth. Every day our soldiers risk their lives and even die for complete strangers, stopping women from being beaten in the streets by Taliban cowards, stopping young girls from being shot in the head for simply wanting an education. When my wife and I recently visited Korea, I was amazed to see the landing beaches and battlegrounds where tens of thousands of American soldiers died in a country utterly foreign to them, just because the communist thugs tried to enslave that faraway land. The same thing happened with American heroes in Vietnam.

I love Australia. Maybe when the Messiah comes, every country will be like this majestic and wild land where the world’s ills exist but can still be tamed.

But I know that without great nations like America prepared to shoulder so much of the world’s responsibilities to ensure that liberty, democracy, and human rights are safeguarded, what we would have is not heaven but hell on earth.

Rabbi Shmuley Boteach, “America’s Rabbi,” is the international best-selling author of Kosher Sex and The Kosher Sutra. He has just published Kosher Lust: Love is Not the Answer. Follow him on Twitter @RabbiShmuley. 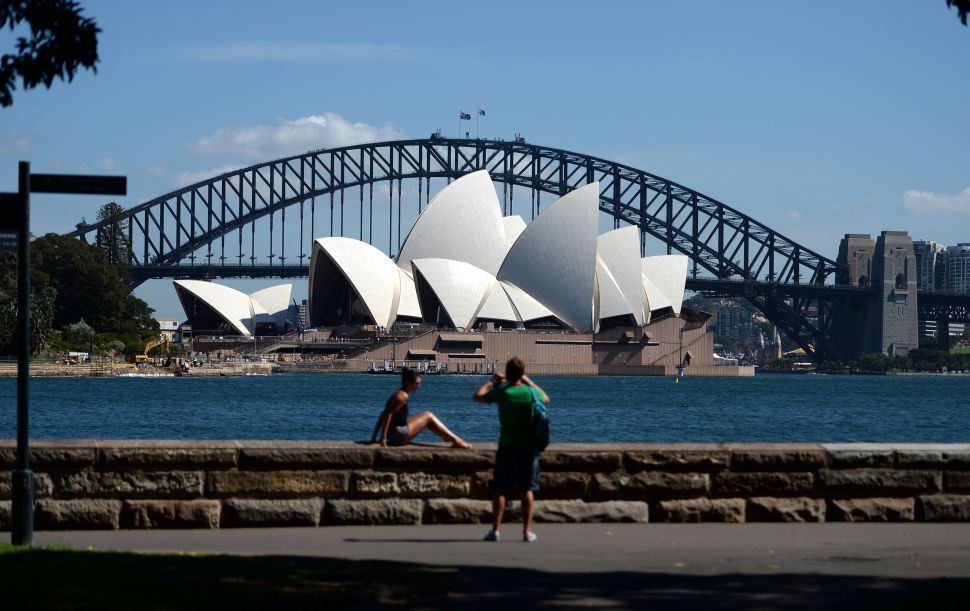